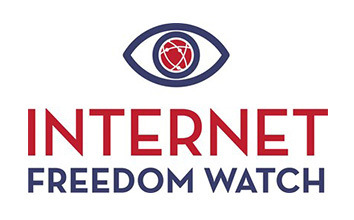 NRB, which has published a chart with more than 30 instances of internet censorship to illustrate the problem, has sent letters to the tech giants, urging constructive conversation and a resolution to the threats against religious freedom. NRB also is calling on Congress to hold hearings on the “severe problem of viewpoint censorship on the internet.”

Jerry A. Johnson, NRB president and CEO, said the association of 1,100 member organizations is not yet calling for new laws or regulations but does want the growing problem to receive appropriate scrutiny.

“It is unacceptable for these titans to discriminate against users just because their viewpoints are not congruent with ideas popular in Silicon Valley,” Johnson said at an NRB press conference at the National Press Club in Washington.

NRB was founded in 1944, Johnson noted, in response to corporate censorship of evangelical radio ministries, and the group is rising now to address “those who desire to expunge opposing viewpoints from the marketplace of ideas by recklessly using nebulous terms like ‘hate speech.'”

“We call on these platforms to afford their users nothing less than the free speech and free exercise of religion rights embodied in the First Amendment as interpreted by the U.S. Supreme Court,” Johnson said.

Congress must address the issue with hearings, Johnson said, because many Americans now view tech platforms “to be nearly as vital to their communications as the telephone was in the 20th century.”

Cruz said every day more Americans are “getting their political news not from pieces of paper, not from their televisions, but online from social media.”

“One of the biggest shifts that has occurred in recent years is the locus of power in media is no longer New York City. It’s Silicon Valley,” Cruz said. “And Silicon Valley has the ability to put a thumb on the scale in a far more subtle and insidious way.”

The New York Times can write stories that are liberally biased, but they don’t hide who they are, Cruz said. “But on the internet and social media it’s far simpler because views that are unfavored simply disappear. They simply don’t exist.”

In a Google search, for instance, Cruz said conservative views can be suppressed while views the tech companies like “magically bubble to the top.”

Though the companies are private, Cruz said because they’re the new media powerhouses they have a moral obligation to defend free and open communication, “and I think we have a right to call them out for that moral obligation.”

Reed, founder of the Faith & Freedom Coalition, cited the printing press, television and the internet as the three most important technological developments for advancing the Gospel worldwide — but the internet is set to eclipse the first two.

If that is true, Reed said, “it is critical for Christians and others of faith to be able to share their faith in an unfettered way without fear of persecution, harassment, blocking or discrimination.”

Strazzeri of PragerU said one in four Americans have viewed a PragerU values-based video, and the organization is in a legal battle with YouTube for censoring about 40 of their 250 videos. PragerU’s mission is to explain what makes America great in five-minute videos, “conservative sound bites that clarify profoundly significant and uniquely American concepts,” according to its website.

YouTube, which is owned by Google, deemed the videos inappropriate for young audiences and restricted access using a method meant for violent, sexual or pornographic content, Strazzeri said, adding that millions of similar left-leaning videos are not restricted.

“We are fighting this for all Americans and for freedom of speech. Fighting back against Google was not an easy decision for PragerU, but someone has to take on Goliath,” Strazzeri said.

McDowell, who served with the FCC from 2006-2013, said he is delighted NRB is launching Internet Freedom Watch.

“This is good for freedom. This is good to get some of these companies to think more about it,” McDowell said. “I think there needs to be more attention brought to it, and I think at the end of the day merely the fact you’re shining a spotlight here has a curative effect.”

Cruz also commended NRB for the initiative and urged the association to continue defending free speech.

For more information, including video of the event and a timeline of viewpoint discrimination on the internet over the past seven years, visit InternetFreedomWatch.org.