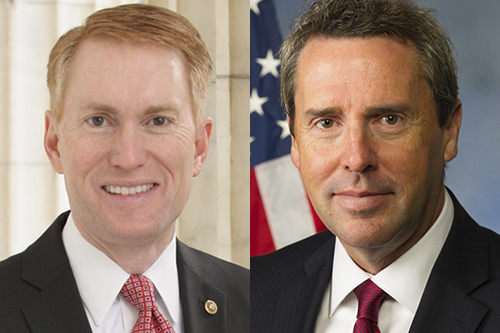 No tax relief yet from Congress for churches

WASHINGTON (BP) — Congress has failed, to this point, to heed the latest urgent request from a coalition led by the Southern Baptist Ethics & Religious Liberty Commission to rescind a provision in federal law requiring churches to file tax returns for the first time in American history.

In a March 1 letter, ERLC President Russell Moore and 11 other organizational leaders called on House of Representatives committee leadership to act quickly in this tax season to correct the controversial measure.

The provision — Section 512(a)(7) of the Tax Cuts and Jobs Act of 2017 — requires houses of worship and other nonprofits to pay a 21 percent tax on such employee benefits as parking and transportation. The measure, which took effect Jan. 1, 2018, will cost the charitable sector an estimated $1.7 billion over 10 years, the ERLC-led coalition said in the letter. Opponents of the provision also have said it will burden churches and others with accounting and compliance costs not previously required.

In November, the ERLC led a 33-member coalition that urged congressional leaders to repeal the section before the end of the year, but the effort fell short. The House voted 220-183 in December to reverse the provision, but the Senate did not have the votes to approve the measure.

“It has been months since we have raised this issue with legislators,” Moore told Baptist Press in written comments. “There has been a great deal of rhetoric but no results. We now find ourselves weeks away from the tax deadline while many elected officials seem to hope this issue will get lost in the circus of the daily news cycle.

“The freedom of the church is too important of an issue to let unmotivated elected officials threaten it,” Moore said. “Uncle Sam is welcome in our churches. But we don’t work for him. And Congress should end this deeply un-American tax on churches immediately.”

The latest letter — which went to Reps. Richard Neal, D-Mass., and Kevin Brady, chairman and ranking member, respectively, of the House Ways and Means Committee — said the signers “are concerned about the troubling precedent this sets by entangling the [International Revenue Service] with houses of worship.”

Churches and other religious bodies and nonprofits “exist to serve the needs of their local communities,” Moore and others said in the March 1 letter. The cost is likely to increase beyond the predicted $1.7 billion in the next decade, they said, as churches and others “are forced to shift resources from serving their charitable mission to dealing with paying this burdensome federal tax.”

The Treasury Department released guidelines in December that provided some relief but still requires “a four-step process to determine the amount of tax owed, which could likely vary from month to month,” according to the coalition letter. “Houses of worship and nonprofits should not be faced with this type of administrative burden.”

The filing deadline for nonprofits is based on an organization’s financial year, and the due date for some will be this spring. A few churches have contacted the ERLC with requests for guidance, and the staff has directed them to its website and tax experts for the congregations, according to the entity’s Washington, D.C., office.

“Tax reform was designed to help simplify the tax code and reduce burdens on small businesses, not add burdens on nonprofits,” Lankford said in a news release upon the bill’s reintroduction. “Most nonprofits are not equipped to handle the additional compliance burden. The legislation introduced today would eliminate this problem once and for all.”

Walker said in a written statement, “Churches and charities serve on the frontline of our battle against the generational cycles of poverty and the traps of government dependence. Washington should ensure their work in our communities is not restricted by unnecessary taxes and strenuous compliance processes.”

No committee action has been taken on either bill so far.