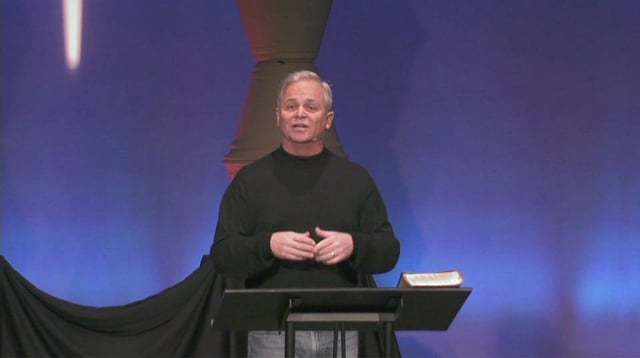 OCEANSIDE – About 1,500 people participate in the church Hal Seed started 22 years ago – New Song Community in Oceanside – which last year he decided to bring into the Southern Baptist Convention.

The congregation affiliated with California Southern Baptist Convention in March, after Seed learned churches in the SBC were as interested in evangelism and ministering with and to others as he had led New Song Oceanside to be, Seed said in a telephone interview.

“We really have a spirit of cooperation at New Song,” he said. “It blew me away that our desire to reach San Diego would be matched with people all across the nation.

“I know we love lost people,” the pastor declared.

He encourages pastors and church leaders through “Momentum Bootcamp,” a free training program on his website – www.pastormentor.com – to pray a 20-word prayer at least once a day for 90 days: “Lord, I don’t ask You for much today; I just ask that You give me Your heart for lost people.”

“We believe lost people matter to God, and therefore they should matter to us,” Seed explained. “His church is on the Earth to reach people and bring them to maturity in Christ. It’s an infection that happens in our church.”

The story of New Song Oceanside joining with CSBC starts in Ontario, Canada.

“In 2010, Jeff Christopherson (a North American Mission Board vice president in Canada) asked me to come up to Ontario to do a series of one-day trainings for church planters there,” Seed said. “Each day we trained in a given city, then drove four to five hours north to the next city.

“After six days, I flew home frustrated,” Seed continued. “Most days we trained one or two guys who were, at best, mildly interested in church planting. On the plane home I said, ‘Lord, Ontario is a huge province, and no one is taking responsibility for all those people!’

“The Lord said to me, ‘And who is taking responsibility for your city?’ The only answer I could give was, ‘I will, Lord.'”

Oceanside is a coastal city of 180,000, where there are fewer than 70 Bible-believing churches – seven of which are affiliated with CSBC. By contrast, the United States as a whole has one Bible-believing church for about every 800 people. If Oceanside had that number, the city would have 225 evangelical churches, Seed figured.

“I can’t plant all the churches our city needs, but on the plane home that day I drew up a plan,” Seed said. “Our city has three major east-west arteries, and four major north-south ones. Divide the city by those arteries, and you come up with 16 regions.

“Our goal is to make it difficult for people to go to Hell here by putting a New Song Church within each region,” Seed said. “In theory then, anyone in Oceanside could ride their bicycle to a New Song location.”

New Song Oceanside plans to plant one church a year over the next 16 years, and already has planted three: Seaside; Parkside, which is in pre-launch mode, with monthly worship services that will become weekly in September; and Inland Hills, which folds an existing church without a pastor into the New Song family.

New Song Oceanside reaches out locally through a variety of ministries, including Mothers of Preschoolers, Financial Peace University, “Ganglanders,” those interested in Karate and hip-hop, and others, as well as partnering with several local community organizations. They’ve even produced a feature film – “To Save A Life” – which deals with teen suicide.

New Song Oceanside is a multi-ethnic church that presents itself in a relaxed Southern California style; it offers a Saturday evening service as well as three Sunday morning and one Sunday evening.

Seed’s preaching is fast-paced, seeded with scripture and sprinkled with references to films and music. Of note, and still available on the church’s website – www.newsongchurch.com – is the “Continuum” series that describes the ebb and flow of Christianity across the centuries.

“In America, Southern Baptists are the big dog on the block,” Seed said. “One in seven Bible-believing churches is Southern Baptist. … We’ve got to take responsibility for the Great Commission; that’s the core of Southern Baptist belief and conviction, and we must do that locally, nationally and globally.

“The answer for America and the world is to plant more churches,” Seed declared. “We’re radically committed to discipleship as well. You lead someone to Christ and grow him or her up in Christ.”

Throughout its 22 years, New Song’s focus has been on loving the lost – those who don’t know God.

“I sat down at a table in 1991 with a small core of on-fire friends and we determined to do everything we could to the help unchurched people become fully devoted followers of Christ,” Seed said. “We planted New Song, and people started coming to Christ.

“We figured that anything God was doing here could help others reach people in their areas, so the Lord just sort-of started launching church-helping organizations through us,” Seed continued. “For instance, one of my original board members started Dynamic Church Planting International to train church planters. DCPI has impacted the planting of more than 200,000 churches. Then, my founding associate pastor started Outreach, Inc., and their invitational tools have helped more than 90,000 churches reach their communities in the US; plus Sermon Central’s resources have helped something like half-a-million pastors with their sermons.

“A few years after that, my founding music pastor and two other New Songers started Church Community Builders On-line, which has developed a church-database software system that is helping thousands of churches more effectively connect people into their churches,” Seed said.

“We continue to see more of these sorts of groups spring up from our people. We never set out to do entrepreneurial things, but the Lord had other things in mind.”

It was through DCPI that Seed met Christopherson of Canada and Rick Curtis, NAMB vice president in the western US. Intrigued after Curtis talked with him about SEND North America – the mission board’s plan to penetrate lostness across the nation by focusing first on its 32 largest cities – Seed called Mike Carlisle, director of missions for San Diego Southern Baptist Association (San Diego is one of the 32 SEND cities).

“When Mike came to describe the SBC to my leadership board, it didn’t go very well,” Seed remembered. “We’ve always wanted to help churches reach the lost, but the idea that other churches might want to help us seemed suspect.”

He talked with the Southern Baptist pastors he knew and listened to the counsel of his staff and the New Song board of directors – none of whom had ever been part of a Southern Baptist church – before making the decision to affiliate with the Convention.

“At first I didn’t really understand the Cooperative Program,” Seed continued. “It sounded too good to be true. … I’ve made many mistakes in 23 years of church planting. One of my biggest mistakes was not finding out about the SBC sooner. We want to help with the SEND vision, and have also begun exploring what we believe will be our unique contribution to the International Mission Board as well.”

Marines and their families from nearby Camp Pendleton – who rotate in and out every three years – comprise about half the New Song Oceanside congregation. The other half is, for the most part, newer believers.

“Our church is not a wealthy church,” Seed said. “The average Marine makes $1,600 a month, and new Christians need to learn about giving. … Our strategy is to continually increase our giving through starting church plants.”

With a budget fully committed to supporting 16 “families of faith” (self-funded) missionaries who have gone out from the church to start new works, New Song Oceanside is only able to give a token amount – $100 per month this year – to missions through the Cooperative Program, but each of its church plants gives 10 percent of their receipts to CP, Seed said.

One of New Song’s challenges is that it loses 30 percent of its members every year as a result of Marine transfers; but the flip-side is that the people New Song has trained, equipped and – in the words of its pastor – “infected with the disease of loving the lost,” enables the church to send Marines on mission to every corner of the world, at government expense.

“We are praying for 15 partners to help with five church plants,” Seed continued. “We’re putting $100,000 and 100 people into each plant, but a solid church plant needs a quarter-million (dollars). With more resources we’ll be more effective, and God’s Kingdom will grow exponentially.”