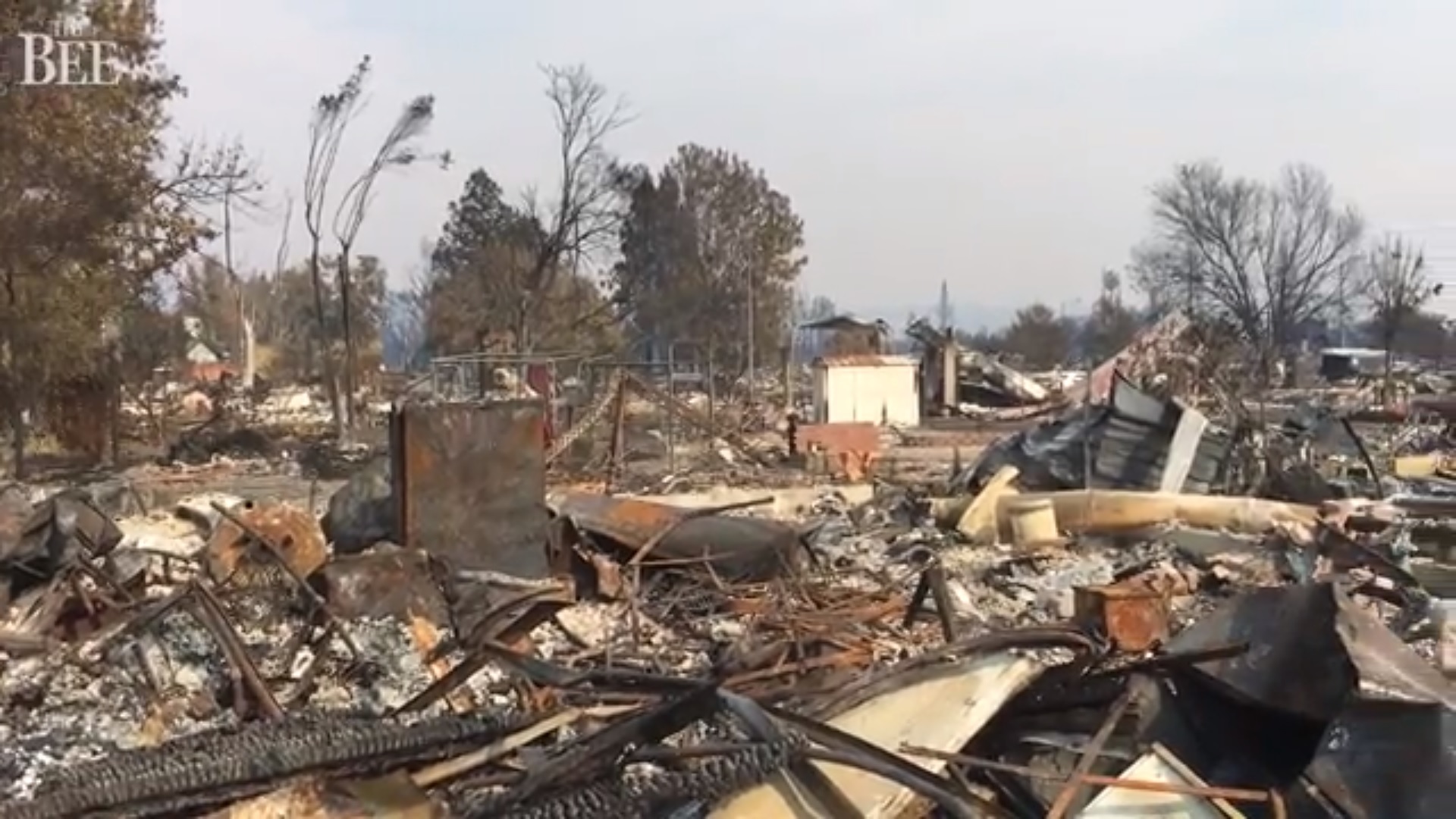 Meanwhile, the former main campus of Gateway Seminary in Mill Valley, Calif., was being used to shelter both evacuees and out-of-town fire crews, and a pastor in Calistoga, Calif., credited prayer with saving his town.

Fifteen major wildfires continue to burn in California, according to CNN, though the two largest are 60 percent contained. In all, the fires have left at least 41 people dead since Oct. 8 — with the death toll expected to rise — and destroyed nearly 6,000 buildings spanning 217,000 acres.

“This is truly one of the greatest, if not the greatest tragedy that California has ever faced,” Brown said according to CNN. “The devastation is just unbelievable, is a horror that no one could have imagined.”

As of Oct. 16, some 40,000 people remained evacuated from their homes and 11,000 firefighters were battling the flames, The Sacramento Bee reported.

Along the coast, local pastors joined at least two CSBC DR chaplains in Mendocino County at the state’s request to offer residents emotional and spiritual care. A 14-year-old boy there burned to death, and his parents and sister were badly burned, jarring the community, according to media reports.

Bivins told Baptist Press the volume of cleanup and recovery work to come may require Southern Baptist DR workers from other states as well.

In Marin County, local officials opened an evacuee shelter Oct. 14 at the former main campus of Gateway Seminary, which used to be called Golden Gate Baptist Theological Seminary. According to the Sheriff’s Office of Emergency Services, 23 people were housed Oct. 17, with plans to keep the shelter open indefinitely. Gateway, which sold the campus in 2014 and vacated it two years later, told BP the facility also is being used to feed and house firefighters.

A photo on Gateway’s Facebook page shows the former library filled with cots.

The campus has been largely vacant since 2016, Gateway said, except for housing units being used as “workforce housing” for the community. Legal and political processes are underway to determine the property’s future use by North Coast Land Holdings, the company that purchased it from Gateway.

One bright spot amid the fire devastation is the Northern California town of Calistoga, where a fire two miles away stopped after a local pastor initiated a prayer chain, the pastor told BP.

“The wind was supposed to” blow from the fire toward Calistoga at “35 miles per hour,” Miller said. “Two miles is nothing with winds of that [magnitude]. But the wind went calm, praise God, and our city was saved.”

In Santa Rosa, Calif., a historic African American congregation has been ministering in the wake of at least 21 local deaths from fire, and an interdenominational group of about 50 pastors has been developing a long-term strategy to rebuild the city.

Among damage in Santa Rosa was a 7,000-resident subdivision leveled by wildfire.

Community Baptist Church in Santa Rosa — which, in the early 1950s, became the first black church to cooperate with the Southern Baptist Convention following about half a century with no black churches — is collecting supplies and money to assist local residents. Four families in the church lost their homes, pastor Lee Turner said, and 30-50 of the congregation’s 500 active members were “directly impacted” by the fire.

Turner is part of the local pastors group, which has developed a master list of relief ministries available at each church. He also has held prayer meetings and begun to plan for five to seven years of rebuilding.

“After all the news is over,” Turner told BP, “after all the cameras are gone, and the Red Cross, FEMA and everybody else has left, then there’s going to be some rebuilding process going on.”