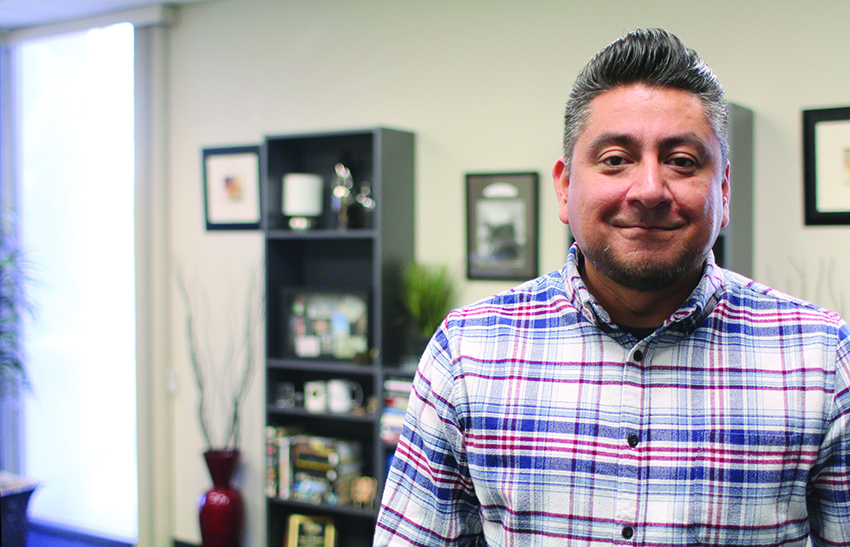 “If a church wants to do an outreach event and needs help, I ask about the event and determine how much to give them from CP money,” Ramirez explained. “Then we approve that.”

But the team’s support extends beyond a simple financial transaction, according to Ramirez. He and his team walk alongside the churches even after they receive funds.

“I don’t want to just sign a paper. I want to be with them, meet them, pray with them, and I want them to know they are not alone on the journey,” Ramirez said. “It is so cool to show up to an event where CP money played a role and see how these churches are reaching out and doing a good job.”

For Ramirez, encouraging community outreach and missions is not new. His passion for evangelism and discipleship was foundational during the 15 years he spent as a pastor.

“I think the Lord brought me to this job mostly because of what happened in the years I spent as a pastor,” Ramirez said. “During that time we were able to see our church very much externally focused and putting missions and evangelism at the forefront of our ministry.”

Ramirez said he loved serving as a pastor, but sensed God was calling him to try something different. When he was offered a job with the Convention, he and his wife knew it would be a perfect fit.

“Through the years I developed relationships with people who work for CSBC,” Ramirez said, especially during his service as a member of the Executive Board. “I understood that their ability to impact God’s Kingdom was really valuable and that I could do a lot more to help churches from this position than I could from my own church.”

Ramirez said he believes his past ministry experience will make him more effective in his new position.

“I know what it’s like to be a pastor. I know the challenges they have,” Ramirez said. “Evangelism is not just about sharing the gospel, but it’s really about making disciples. I think my years in ministry have shown me that. So it’s not just a theory — it’s stuff I have actually done in practice.”

Ramirez also recognizes the difficulties he and his team will face. He said one of their primary obstacles is geographical.

“California is a huge state,” Ramirez explained. “A lot of times churches are isolated, so it’s hard to have them work together. That’s our biggest challenge when we think about reaching the state and getting people focused on missions.”

Another challenge is finding the most effective approach to take with each church, Ramirez said.

“Every vision is different,” he noted. “Trying to figure out ways to help every church fulfill the mission God has given them is a challenge. But our CSBC goal is to ‘resource the vision of churches.’”

With God’s help, Ramirez is confident he and his team will be able to offer churches the support they need to grow disciples and spread the gospel.

“I believe every church needs encouragement at different times,” Ramirez said. “They need opportunities to connect with other churches. They need victories along the way. That’s what we’re hoping to provide.”