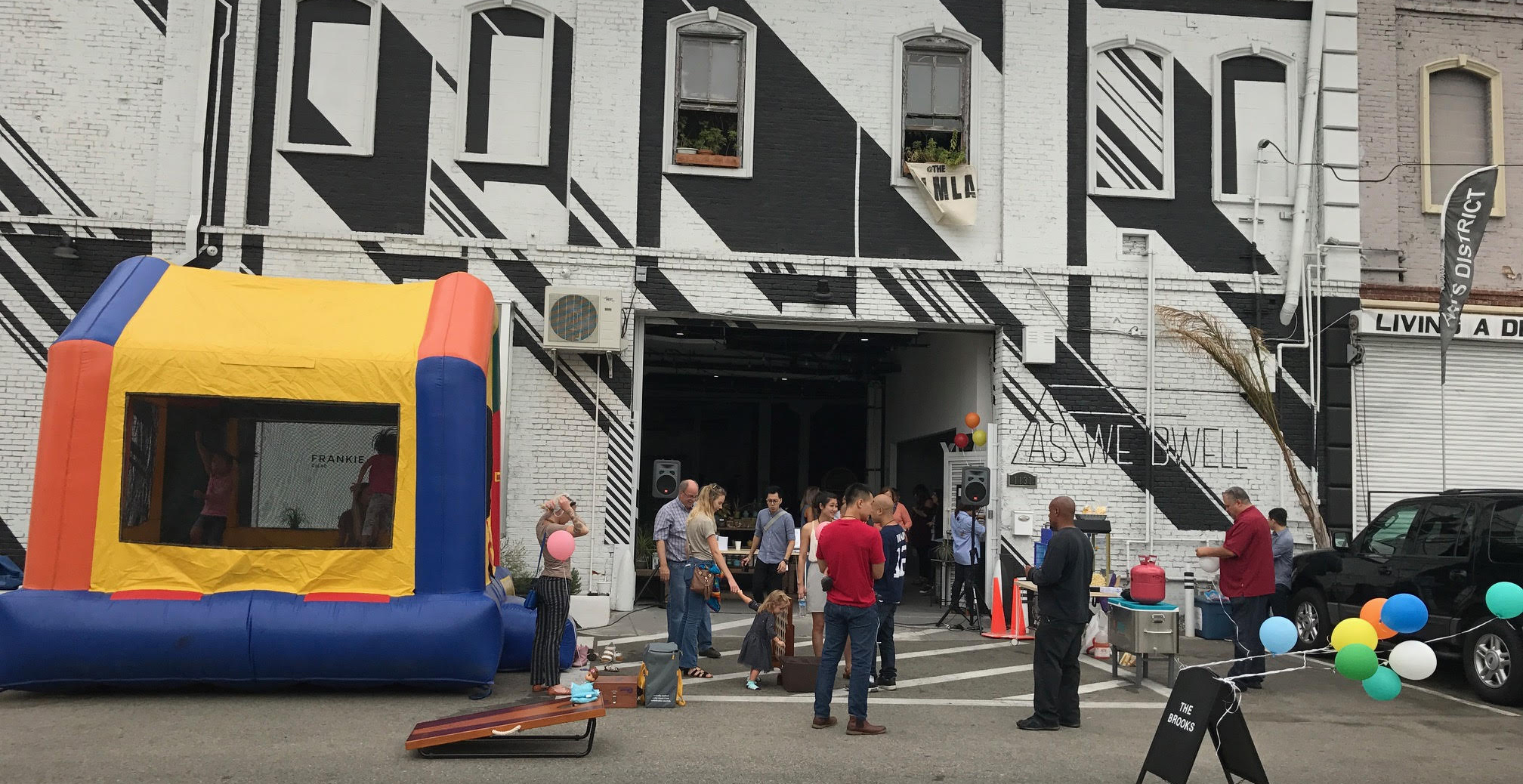 LOS ANGELES — Southern Baptists have joined the renaissance going on in downtown Los Angeles since 2008.

What was a mash-up of flophouses from the 1930s, and even older near-derelict highrises, became the darling of the “Bringing Back Broadway” initiative led by the L.A. city council, with the help of well-heeled philanthropists.
The area has become a well-established community with renovated buildings for a rising number of multiethnic young urban professionals.

Within two blocks of some, however, is “Skid Row,” where the rapidly-expanding — up 23 percent over last year — homeless population congregates.

Called the “beating heart of the city” by one travel publication, L.A. now is graced by The Brooks, led by Jimmie Davidson, church planting catalyst in Southern California.

It’s a “co-vocational” ministry for Davidson that gives him credibility among the 25 church planters with whom he works, he said. Co-vocational is a new term reflecting those serving in a career who also have a heart/calling to plant churches. It refers to the fact that those with a second responsibility incorporate ministry into both endeavors.

“It’s the hardest I’ve ever worked in my life,” Davidson told the CSB. “I could never have imagined working this hard at this age (56) but Christ has called us to follow Him.

“Jesus calls the shots,” Davidson declared. “He gives us the power, the energy, the ability to do, whatever He tells us to do and we are to obey Him.”

The Brooks “graces” downtown Los Angeles, Davidson said, because it is a welcoming place to everyone — young urban professionals and homeless alike — that brings grace and truth to everyone who draws near.

“We want to love our neighbors,” he added. “We want to be a church where people who are far from God, broken, people who wake up in their brokenness and wonder who would even care or help me; we want to be the first place that comes to their mind, The Brooks. That takes time and love and lifting up Christ!

“And when they come they will find grace and truth just like Jesus taught us,” Davidson declared. “The message we have is: We have good news. Jesus said, ‘I did not come to condemn the world but to save it. I did not come to the healthy; I came to the sick.’

Background
After planting and pastoring a church in Virginia for 18 years, Davidson was asked by Saddleback Church in Lake Forest to start churches globally: Hong Kong, Berlin, Buenos Aires and Manila. Then he was recruited by the North American Mission Board and California Southern Baptist Convention to be a church planting catalyst.

“I was seeking the Lord,” Davidson said. “I’m a church planter, here in a region with millions without Christ. I asked Him, ‘Do you want me to plant a church?’”

Over the next two years Davidson helped plant or catalyze 15 churches for NAMB.

The search
Through research Davidson already had determined that Southern California has 230 communities with no Southern Baptist witness, so he began to create awareness among pastors, planters and Orange County, Los Angeles and Long Beach Harbor Baptist Associations about the need.

As he did he began to sense it was time to do his part. Davidson began to look at places that were growing and had large immigrant populations, because “immigrants are in transition and under tension and usually more open to the gospel,” he explained.

His daughter Amy took him to the Arts District of downtown L.A., but he discounted her suggestion. Then he visited with Benny Wong, pastor of First Chinese Baptist Church in Los Angeles, who suggested the same area.

First Chinese had been praying for years for someone to help them reach the young urban professionals moving into the downtown area by the thousands, Wong told Davidson.

“I sat there stunned,” Davidson said. “How had I missed downtown and the areas surrounding as a catalyst, after looking north, east, west and south?”

Church plant
The church — whose first preview service was Easter Sunday — was named The Brooks, based on Isaiah 43:19. “It’s a picture of the gospel, of the Good News,” Davidson said.

“This is a very difficult area,” he noted. “There’s a reason there was no multiethnic Southern Baptist church in downtown L.A. It’s very hard.

“(The district) is radically different from areas around it. By the end of October there are fewer people downtown. Thanksgiving … into January it was a ghost town,” Davidson said.

Monthly preview services take place in a co-op building owned by a young Korean woman whose grandparents were church planters in North Korea. Weekly services are anticipated to start in January.

The young church is committed to missions and gives
6 percent through the Cooperative Program and 4 percent to Los Angeles Association.

“I grew up in the Royal Ambassador program in a Southern Baptist church, learning about missionaries around the world including Lottie Moon and Annie Armstrong, never imagining one day I would follow in their footsteps to reach the world around me,” Davidson said.

“The cost of living, rent expense, is a challenge,” he continued. “We also need resources for direct mail, equipment and pop-up events.”

Churches that want to assist with the downtown congregation, as a “supporting church” that would help meet needs “through sending missions teams or helping with funding to enable the church to meet weekly in January,” are encouraged to contact the planter at jdavidson@namb.net.

More than 400 of the world’s 3,000 unengaged, unreached people groups live in Los Angeles, Davidson said. “And a lot of them are from places too dangerous to work in, and now they’re among us. They have never heard the gospel in their language. The mission field is right in front of us.”

The Brooks spreads word of its presence with pop-up events in which they partner with other groups, such as a couple last Chinese New Year who tell of their immigrant grandparents through an event called “Finding Cleveland.” The Brooks distributed New Year gifts and invite cards there. This summer they gave out Gatorade and invite cards at a park frequented by homeless people.

All people are welcomed at The Brooks, the planter said.

“One of the challenges with the homeless is that they have everything they own with them,” he observed. “When a homeless man was given an invite, his first question was, ‘Can I bring my things in with me?’ We welcomed him along with all of his belongings.”

Davidson has an assistant, Min Lee, who is serving as a NAMB apprentice. Lee and his family helping at The Brooks enables Davidson to focus on his full-time catalyst ministry.

“I’m challenging churches to adopt a community, to plant a small group in it, a campus of their church or a stand-alone church,” Davidson said. “You’re never too old, you’re never too young, to do what Christ has called you to do.