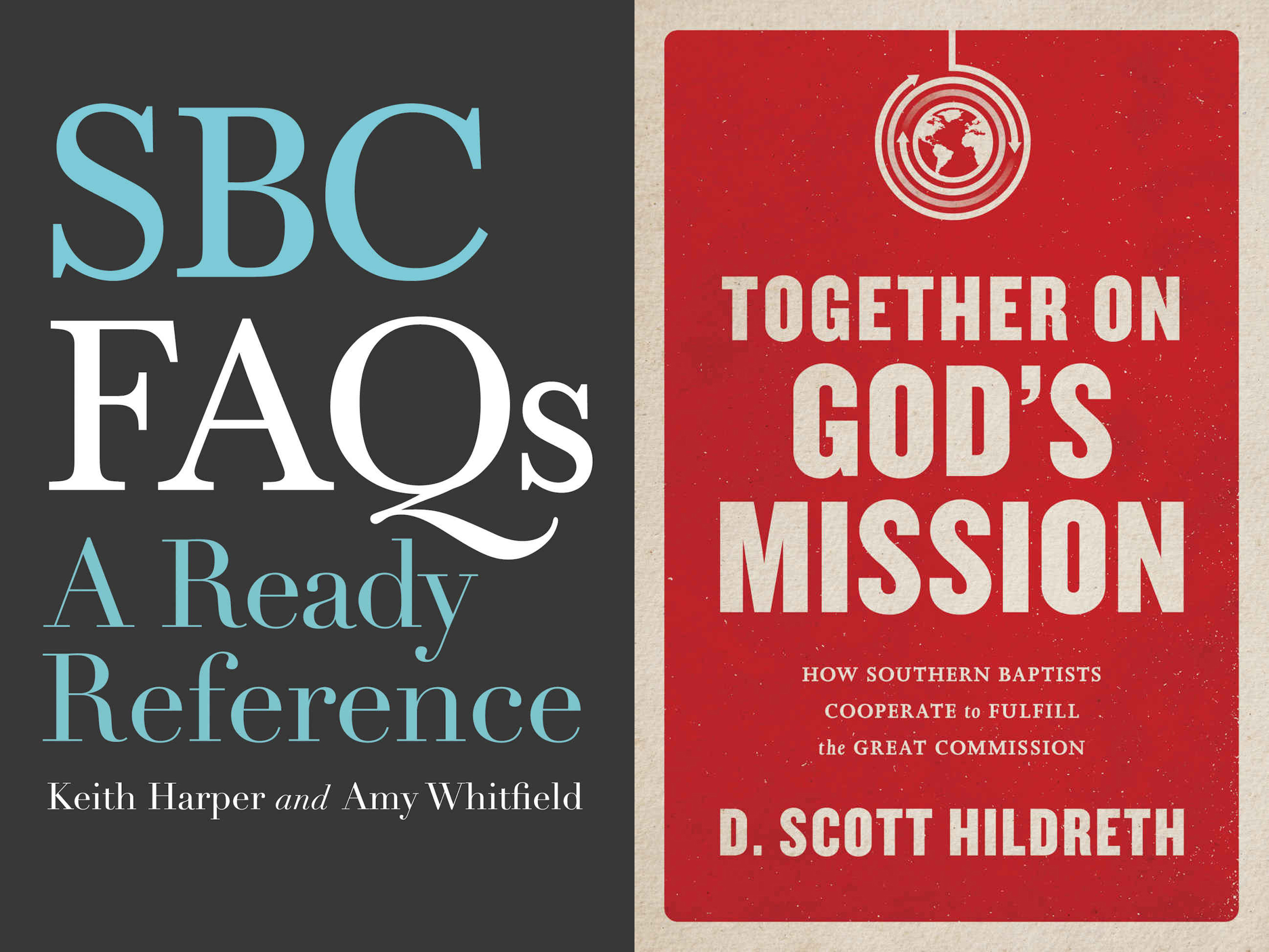 WAKE FOREST, N.C. (BP) — Who runs the Southern Baptist Convention? The simple answer is, you do.

This is how the authors of a new book, “SBC FAQs: A Ready Reference,” emphasize the vital role that individual Southern Baptists have in the life of their convention.

In SBC FAQs, Keith Harper, senior professor of Baptist studies at Southeastern Baptist Theological Seminary, and Amy Whitfield, SEBTS director of marketing and communications, seek to explain how the 173-year-old convention operates through a series of questions and answers.

Also new from another SEBTS faculty member, Scott Hildreth, is “Together on God’s Mission: How Southern Baptists Cooperate to Fulfill the Great Commission,” setting forth the importance of cooperative missions.

Knowing that many Southern Baptist church members lack a general understanding of the purpose and practices of the convention, Harper and Whitfield wrote SBC FAQs to bring awareness to how the SBC operates and remind readers that individuals have a voice and are vital to its decision-making process.

“They can’t use their voice if they don’t know it exists,” said Whitfield, noting that a lack of understanding can lead to a lack of participation.

For Whitfield, the idea for the book stemmed in part from attending the SBC annual meeting for the first time in 2006.

“When I went to my first Southern Baptist Convention annual meeting, I was enthralled at the whole thing, but entering into it was not easy not knowing how it worked,” she said.

Whitfield had two groups of people in mind as she co-wrote the book: the younger generation of students in college and seminary who are supported by the Cooperative Program yet may not understand how the SBC operates and pastors who need a simple resource to inform their congregation of the denomination.

“We’re in a season where we are wanting to see more and more people get engaged in the process, and information is really important for engagement,” Whitfield said.

Why are there many Southern Baptists who do not understand their own convention?

“If they don’t get it, it’s because we don’t market it that way,” said Harper, explaining that the promotion of the convention is the responsibility of different entities with multiple roles and perspectives. As a result, the SBC can feel “fragmented” despite the rich history of the convention.

“This book is a must read for any person that desires to know who Southern Baptists are,” Hunt wrote. “It’s written with knowledge and passion about a denomination that exists to be a difference maker.”

While Harper and Whitfield seek to bring awareness by providing the what and how of the SBC one question at a time, Hildreth, the George Liele director of the Lewis A. Drummond Center for Great Commission Studies, provides the why in Together on God’s Mission: How Southern Baptists Cooperate to Fulfill the Great Commission.

Hildreth sets forth the reason behind the Cooperative Program (CP), emphasizing the biblical, theological, historical and practical basis for the SBC’s primary funding mechanism.

“It’s true that we can do more together than we can do apart, but that’s not why we do it,” Hildreth said. “We do it because God’s mission is a global mission that establishes a global people who together accomplish God’s mission.”

When Hildreth thought about his primary audience for the book, he wanted to write it for people like his dad, his dad’s pastor and seminary students.

With a theological framework to back up the CP, Hildreth believes it’s hard to make a case against the biblical basis for churches cooperating together to further God’s mission in the world.

“I think that a church that operates independently has to ask themselves the question, ‘Am I actually obeying the Lord if I’m being independent?'”

Hildreth said he, Harper and Whitfield are “trying to advocate a vision that’s compelling enough to the pastor so he advocates [CP] to his laypeople.”

“Scott Hildreth demonstrates that our convention priorities and our Cooperative Program are not only practical; they are biblical,” Stetzer noted.

SBC FAQs and Together on God’s Mission are both available at amazon.com and lifeway.com.