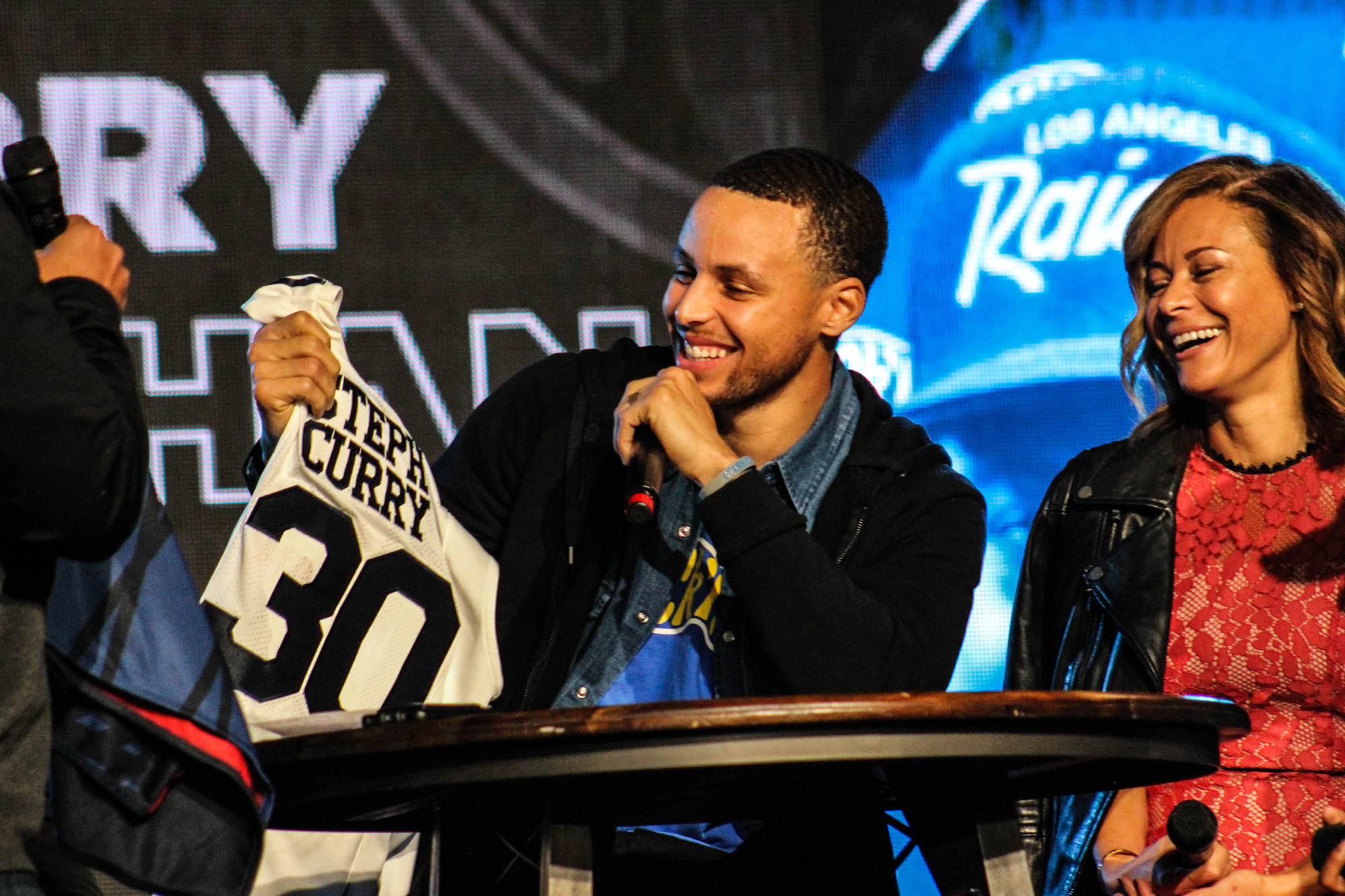 NBA”s Steph Curry notes ‘what it’s all about

LYNCHBURG, Va. (BP) — It didn’t take long for Stephen Curry to start talking about Jesus when he stepped to the stage at Liberty University on Wednesday (March 1).

“It’s great to feel the passion for Christ that is here,” Curry said.

The NBA superstar visited Liberty in support of a sneaker donation initiative called Kick’n It for a Cause during a convocation at the Lynchburg, Va., campus.

Kick’n It for a Cause is a combination of two initiatives founded by Liberty students. ‘Kick’n It’ is a lifestyle brand that seeks to join the passions of sneakers and pop culture with the goal of community service. The brand was started by Liberty alumnus Chris Strachan.

Kick’in It combined forces with another Liberty student, Emmanuel Ntibonera, to encourage students to donate up to 20,000 sneakers by March 1 to be sent to the Democratic Republic of the Congo, Ntibonera’s native land, to provide footwear to those in need. The footwear will serve as protection from preventable infections caused by improper footwear.

Ntibonera and his family had collected more than 10,000 sneakers before Strachan stepped in to double the effort through Kick’n It.

Liberty students were told about the initiative and asked to donate new or gently used shoes and tag other friends to do the same.

Curry, of the Golden State Warriors, personally donated 500 sneakers to the cause.

In addition to being a back-to-back league MVP, Curry is an unashamed Christian who can often be seen pointing to the sky after making baskets and writing Bible verses on his sneakers.

This was the first time that Curry had visited Liberty since his brother Seth, who plays for the Dallas Mavericks, played basketball at Liberty as a freshman. Curry said he loved the atmosphere around Liberty’s campus.

Curry encouraged students to use their talents and abilities to serve the Lord wherever they end up.

“Taking your platform and using it to shine a light for Christ is what it’s all about,” he said.

Curry described his public platform as an opportunity to point people to Christ and not to himself.

“God has given me a special platform, but it’s not about me,” Curry said. “Whether it is winning games, losing games, making shots, missing shots it is all about giving glory to God.”