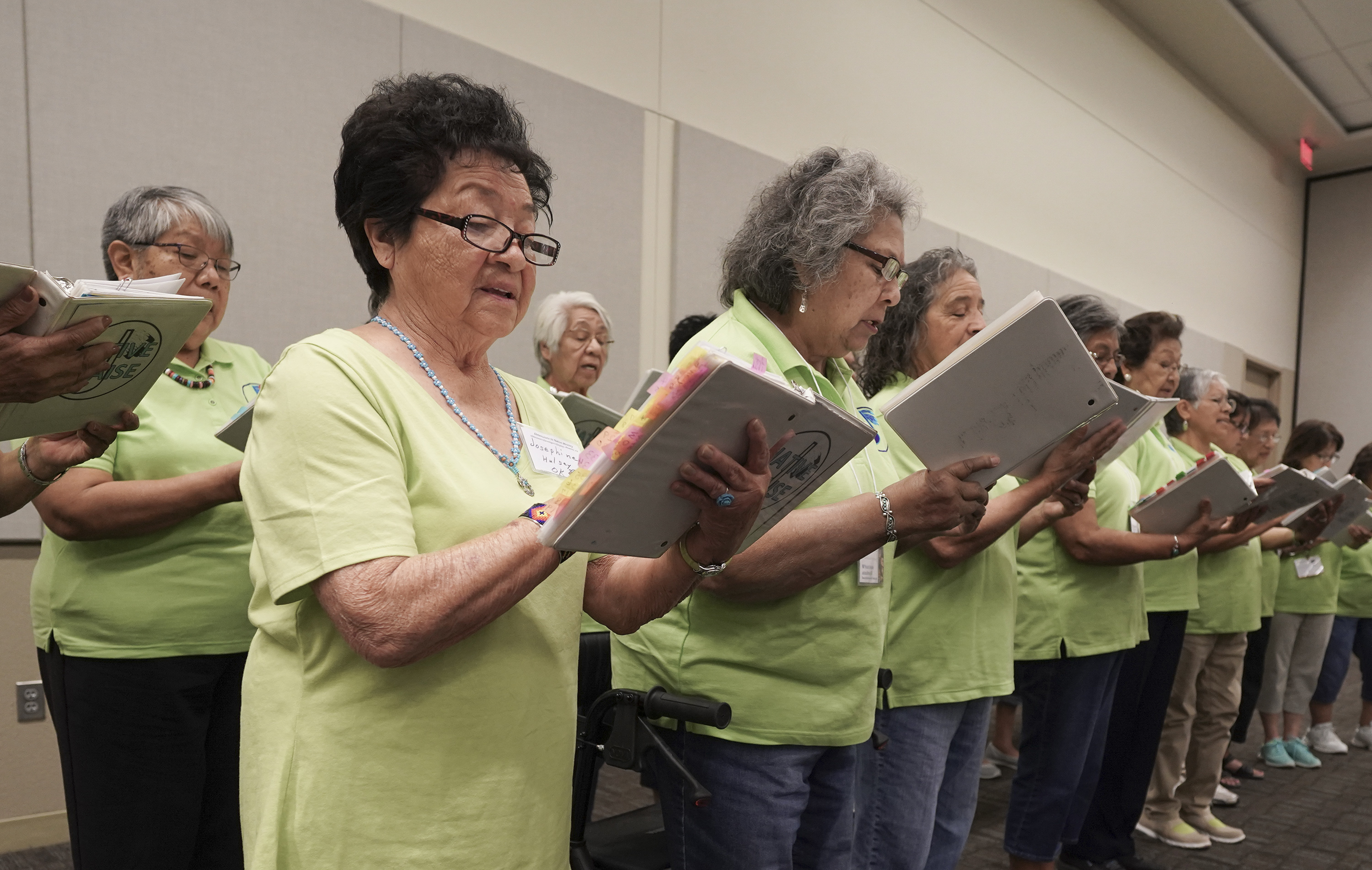 DALLAS (BP) — A presentation of the Gospel message to demonstrate a contextual way of ministering to unreached and under-reached Native people will be part of the Fellowship of Native American Christians’ annual meeting in June.

“Everyone is welcome,” FoNAC Executive Director Gary Hawkins told Baptist Press. “In the past few years some have told me they would’ve enjoyed attending our meeting but thought it was only for Indians, which is far from the message FoNAC wants to project.

“People of all ethnicities should attend this gathering to get an update as to what has been done and what is coming, and to get an idea of how they can join and become a partner with FoNAC, to see how they can reach out in their city.

The FoNAC meeting, at 10 a.m. Monday, June 11, will be in Room A115-117, Level 1, at the Kay Bailey Hutchison Convention Center, in conjunction with the June 12-13 annual meeting of the Southern Baptist Convention.

“FoNAC is sure to receive feedback regarding this year’s featured speaker and visual presentation, some of which may be negative but hopefully most will be positive,” Hawkins said. “Contextualized ministry that doesn’t compromise Scripture may look different to some but not to God. The 567 tribes of the United States are very unique and diverse in who they are and their worldview and we must explore new bridges to overcome barriers.”

In addition to the contextual-themed presentation and worship led by Warren “Junior” Pratt and his family, known as the Tribe of Judah Native Dance Ministry, FoNAC’s annual meeting will include reports from the executive director and groups in attendance who minister in a Native peoples’ context as well as descriptions of an upcoming training conference and a new ministry outreach tool specifically for Native Americans.

Pratt, in bringing the annual message, said he plans to illustrate with the Pawnee regalia he will be wearing the way Native Americans might see the scriptural command to put on the whole armor of God.

“As the world we live in today has changed, the need for God’s protection and our watchfulness has increased,” Pratt told Baptist Press. “The whole armor of God is vital to our ability to stand in this day and age.”

Pratt, chief of the Skidi band of the Pawnee nation and pastor of First Indian Baptist Church in Cushing, Okla., and his wife Christa developed their Tribe of Judah Native Dance Ministry to share the Gospel in a culturally relevant way.

The Pratts, with three of their five children — Cora, 10, Adam, 9 and Andy, 4 — will present Pawnee hymns accompanied with a hand-drum and creative movements to tell contextualized parables, such as a butterfly dance performed by Cora that depicts the new life in Christ.

Reaching Native Americans in the nation’s cities and the pitfalls of syncretism will be among the topics discussed during the FoNAC meeting.

“Some people have the idea you have to stop being Indian to be a Christian,” Hawkins said. “This is a way of saying, ‘as long as it’s not compromising Scripture.’ As the apostle Paul said, ‘I have become all things to all people.'”

Syncretism, the blending of two or more religious belief systems, is one of the dangers inherent in reaching Native peoples with the Gospel message, Hawkins said.

“There are so many Native people in our cities that are being untouched by the traditional church, or they attend a traditional church but sometimes long to be among tribal people, to hear the tribal songs and hear topics addressed relevant to them,” the FoNAC executive director said. “We’re not trying to make people be isolationists. We’re trying to make an open door for people seeking God in a way that’s culturally relevant.”

Hawkins, in his report as FoNAC executive director, is expected to talk about the places he’s been and the people he’s talked with over the last year in Illinois, Minnesota, Florida and elsewhere.

“Several tribal members from various tribes were ‘transplanted’ into the larger cities of the United States as a result of the Indian Relocation Act of 1956,” Hawkins wrote in his November 2017 newsletter posted on the FoNAC.org website. “This law intended to encourage Native Americans in the United States to leave Indian reservations, acquire vocational skills, and assimilate into the general population. Sadly, this proved to only displace many Native People….”

A training event for Native American ministers and about ministering in a Native American context is in the planning stages for this fall. Details will be provided at the FoNAC meeting.

FoNAC assisted Phil Lawrence, longtime Southern Baptist pastor of Native churches, as he compiled a collection of 16 testimonies of Native American men, titled, “Jesus Made the Difference,” which is available online, in PDF form, as a ministry tool, at www.fonac.org.

“This booklet will potentially be a great way for people to become aware of issues Native Americans deal with on a regular basis, how the struggles have been detrimental to them, and showing the battles they have in becoming Christians,” Hawkins said. “It will be valuable for people wanting to minister among Native Americans, and for Native Americans curious about this Christian faith.”

One need that has surfaced as Hawkins has talked with Native American Christians is theological resources in print form for those who don’t have access to computers or the internet. With FoNAC’s bare-bones budget, however, shipping books donated to FoNAC is not an option.

FoNAC’s executive board is in discussion about alternatives, such as a FoNAC-based registry to connect donors and recipients, with the donors covering the cost. Good study Bibles are needed, along with concordances, commentaries and related helps for pastors and leaders. “We don’t have it all nailed down how it will be done,” Hawkins said.

The FoNAC meeting also will be a time for those interested in ministering among Native Americans to exchange ideas, fellowship with and encourage each other.

“I love getting together at our gatherings with likeminded people with a passion of impacting lostness with the message of Jesus Christ,” Hawkins said. “As Scripture says, ‘As iron sharpens iron.’ We encourage each other, and what I see are big journeys starting with small steps.”