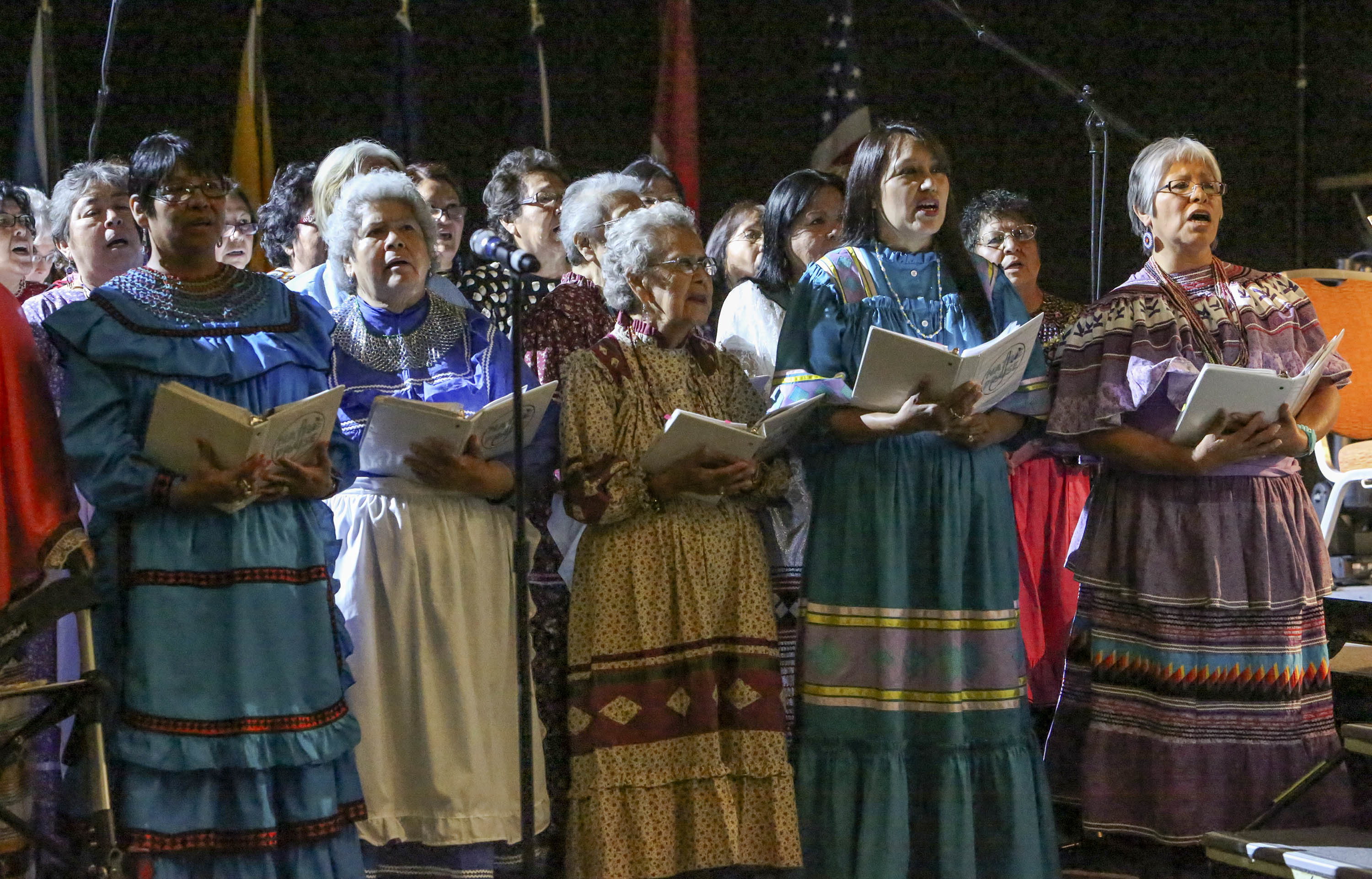 “It is absolutely essential for the [Gospel] message to become owned by indigenous people,” Hawkins told Baptist Press in written comments. FoNAC must achieve “a contextualized, culturally relevant ministry while maintaining doctrinal soundness.”

Today, Southern Baptists seek to reach the U.S.’s 5.2 million Native Americans and Alaska Natives through a ministry partnership involving FoNAC, the North American Mission Board and state Baptist conventions. The partnership, Hawkins said, is the product of lessons learned through centuries of Native American evangelism.

Finding an effective method to win Native Americans to Christ has come about “slowly, since there has been a history of 400 years of attempts made to evangelize Native Americans,” Hawkins said.

Within the territory that today comprises the U.S., some of the earliest efforts to evangelize native people came in the early 1600s, when English settlers established the Jamestown colony in Virginia and made contact with local Algonquin tribes. By 1614, a chief’s daughter named Pocahontas was among the most notable converts to Christianity.

Farther north, the Pilgrims founded Plymouth Colony in 1620, and other English colonies began to emerge throughout New England. Notable New Englanders to preach Christ to American Indians included missionary David Brainerd and Jonathan Edwards, colonial America’s most well-known theologian. Edwards served seven years as a missionary to Native Americans in Stockbridge, Mass., between his well-known pastorate in Northampton, Mass., and his service as president of the College of New Jersey, which later became Princeton University.

Cherokees who were forced from their land in the southeastern U.S. in the 1830s took three or four Baptist churches with them along the infamous Trail of Tears to Oklahoma, said Anderson, a Creek Indian who retired in 1998 from the Home Mission Board, now NAMB. Native American Baptist associations began in the mid-19th century.

According to “Southern Baptists and the Indian/Native People,” a 1994 HMB publication, at least 120 Cherokees were saved along the Trail of Tears in 1838 through the ministry of Cherokee Baptist evangelist Jesse Bushyhead.

Southern Baptist Convention efforts to reach Native Americans date to at least 1855, when the American Indian Mission Association merged with the SBC’s Domestic Mission Board, according to the 1855 SBC Annual.

In 1880, Annie Armstrong — who helped form the Woman’s Missionary Union in 1888 — led the Woman’s Baptist Home Mission Society of Maryland to prioritize establishment of a Christian school among Native Americans, according to a chapter by Hawkins in the forthcoming book “The Many Faces of the Southern Baptist Convention.”

Federal government programs in the 1950s, Anderson said, encouraged Native Americans to relocate in metro areas. “They took the church with them or they helped to start churches in Los Angeles, Dallas” and elsewhere, he said. Today, “figures show that there are more Indians in the metropolitan areas than there are in the small cities.”

That reality has made cities a focus of FoNAC evangelism efforts. One effective practice is to find urban places where Native Americans congregate and seek to minister and share the Gospel there, said Anderson, who travels across the U.S. and Canada assisting in such efforts.

While Hawkins and Anderson both said they need ministry partners from all ethnic groups, they believe the bulk of Native American church planting work needs to be led by American Indian believers.

Reaching children and teenagers is another facet of FoNAC’s strategy. Hawkins said “revival and Vacation Bible Schools have probably been the most effective means of evangelism for Native people.”

A large-scale effort to reach and strengthen families is the Falls Creek Baptist Indian Assembly in Oklahoma, an annual Christian conference for American Indians. This year’s event July 30-Aug. 3 was expected to draw participants from 25-40 tribes and 250 churches, according to the conference website.

Hawkins and Anderson agreed that reaching Native Americans can be slow and difficult work. Failure to present the Gospel in a way that makes sense to a native mindset is among the challenges, they said, as is overcoming opposition to Christianity fueled by mistreatment of native people by professing Christians.

Still, Native American ministry leaders are optimistic about how God will continue to work among American Indians.

“We really need to be reaching our own people,” Anderson said.