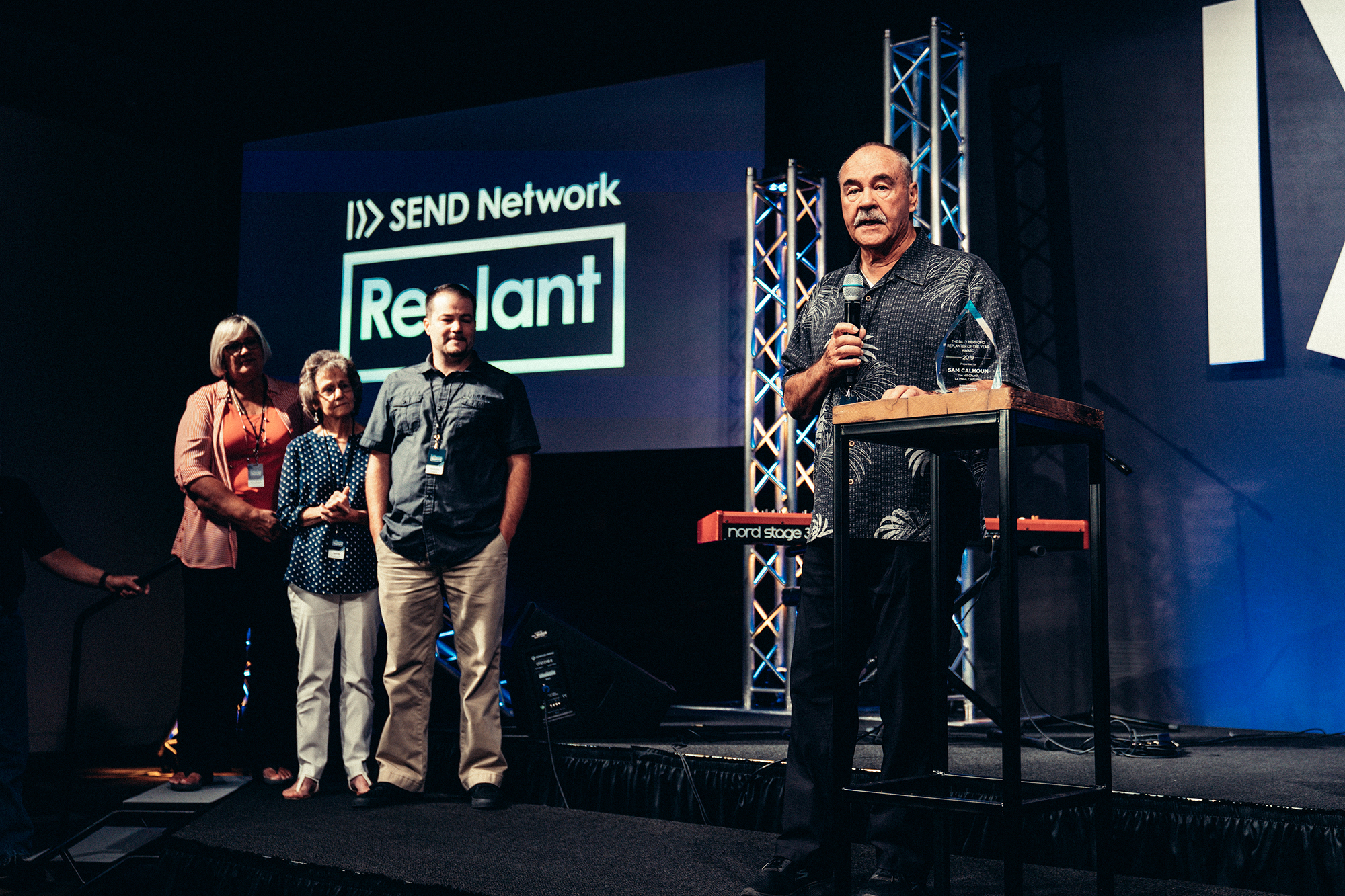 A young African American man, who attended a block party the church organized to reach young people in their community, made the following comment: “I don’t come here because this is a white church.” Calhoun recalled the young man making that statement when asked why he would not attend church at Windsor Hills.

The demographics of the surrounding community had changed over the decades, and the church had not done a good job of reaching the diverse groups of people who created the shift.

“I knew what the church looked like back then,” Calhoun said. “And it wasn’t the neighborhood.”

Today, more than 10 years later, Windsor Hills — now called The Hill Church — is back from the brink of collapse. On Aug. 27, during its annual Replant Summit, the North American Mission Board (NAMB) awarded Calhoun its inaugural Billy Heriford Replanter of the Year award for the turnaround the church experienced.

“When this church was started in the ’50s,” said Calhoun, “they were reaching a lot of young families here. They had a great youth group, great music. They had all the classrooms full. Everybody in town knew it as ‘that church on the hill.'”

As the congregation dwindled to a faithful few, they realized that in order for the church’s best days to be in the future, they were going to need help. Faced with the reality that their days were limited unless they altered their trajectory, they did the only — and most important — thing they could.

“All we knew to do was pray,” Calhoun recalled. “So, that’s what we committed to do.”

In presenting the award, Mark Clifton, NAMB’s senior director of replanting, noted, “Sam Calhoun had the heart, the passion and the vision for the next generation and to see what God would do.”

The audience of roughly 200 pastors and spouses serving in replanting and revitalizing churches gave Calhoun a standing ovation.

“God put together the plan,” Calhoun said of the replant process. “I would love to give to you a strategy and a plan, but I don’t have one. Just follow what God is doing, and He will take care of the rest.”

Part of the answer to his congregation’s prayers came when a young church planting missionary arrived with a launch team. While Jimmy Steele, his family and his team anticipated starting a new church, a few meetings with Calhoun and conversations with the Windsor Hills congregation revealed that God wanted to do something special.

Calhoun said of the church’s new pastor, “God was at work because unbeknownst to me, He brought the best in the world to come to be my son. That’s how I look at Jimmy. I look at him as my son.”

Billy Heriford pastored and replanted churches across rural north Missouri from the 1930s through the 1980s. The Replanter of the Year award bears Heriford’s name because of his love for the local church and his passion for raising up young leaders in ministry. Calhoun received the first award because he displayed those same qualities.

“The reason we selected Sam to get this award was because in order for the replant movement that God desires to take place, men like Sam have to be willing to do what he’s done,” Clifton said during the ceremony, “that is to let go and trust the Lord with that next generation.”

An average of 1,000 Southern Baptist churches each year are removed from the Southern Baptist Convention database. NAMB research indicates that about half of those removals are because a church has died. NAMB’s replant efforts focus on re-launching churches that have died or are near death.

Learn more about the church’s story below: