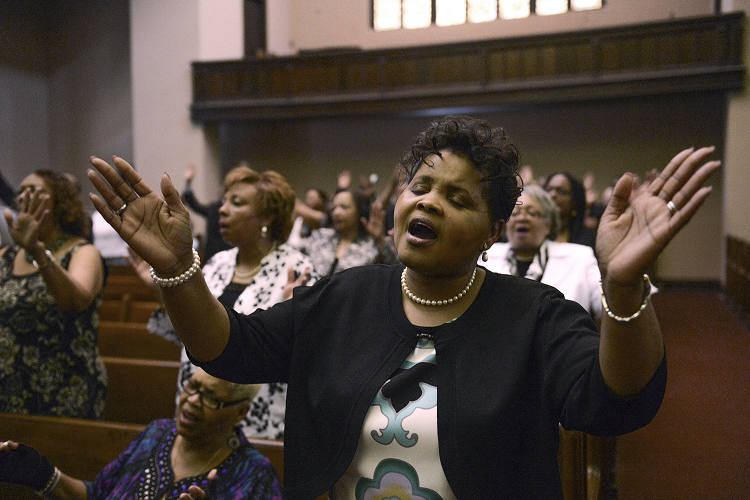 “Most of our African American churches also fall into that category (small- and average-size) and so we wanted to encourage our churches to attend the Pastors’ Conference this year,” said Day, pastor of Emmanuel Baptist Church in Laurel, Md. “We also believe that it is important to support the Crossover/Harvest America Crusade, and we wanted to encourage our African American churches to support this effort to push back darkness in Phoenix by volunteering to work at the crusade.”

The Pastors’ Conference opens at the Phoenix Convention Center June 11 from 6-9 p.m., which overlaps with the time NAAF’s annual worship service would normally be held. Harvest America is scheduled June 11 from 5–7 p.m. at the University of Phoenix Stadium, with gates opening at 2 p.m. The preceding Crossover Phoenix events June 9 and 10 are related to the crusade.

NAAF’s Sunday worship will likely return to the group’s lineup at the 2018 annual meeting in Dallas, Day said.

NAAF will hold its annual business meeting at 4 p.m. June 12 in the Estrella Room on the second level of the Sheraton Grand Hotel, with Dennis Dunn, senior pastor of Fellowship Missionary Baptist Church in Albuquerque, N. M., delivering the devotional message.

Among items on tap at its business meeting, NAAF will update members on the group’s strategic plan, with phase one expected to be fully implemented by June, Day said. Included in the plan are the creation of an information system with a database of NAAF churches, indicating their growth and impact among Southern Baptists; a national communications strategy designed to raise NAAF’s visibility and viability among pastors, church planters and prospective mission and ministry resource partners; and the launch of various initiatives and partnerships to meet ministry needs through available resources within and outside the SBC.

Banquet tickets, $60 each, are available online at naafsbc.org; by telephone at 914-260-6269; by email at treasurer@naafsbc.org and t.mcbride@naafsbc.org. To receive tickets by U.S. mail, send payments to the National African American Fellowship SBC, Rev. Frank Williams treasurer, 2074 Strang Ave., Bronx, N.Y. 10466.