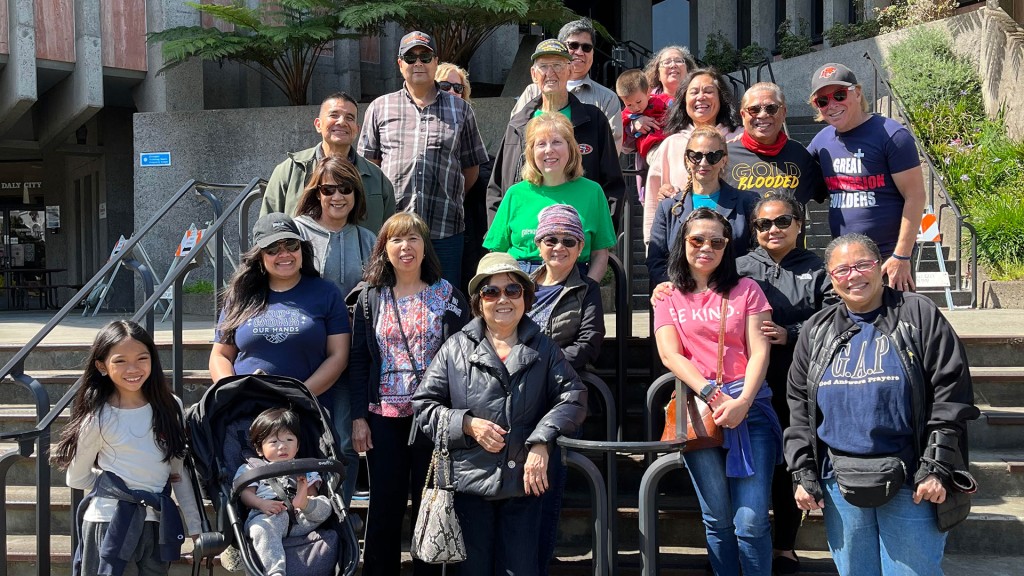 DALY CITY—Amid a community service blitz in Daly City, pastor Bob Eusebio encountered a local resident involved in the abortion and LGBT rights movements. “He was full of anger,” Eusebio said. “He felt that there were some contradictions with the church.”

Eusebio, pastor emeritus of Living Stone Ministries, explained that Christians love people but don’t condone their sin. Then he shared his testimony, and the activist committed his life to Christ as Lord and Savior.

The man was among 15-20 people saved during a multi-church outreach day this spring in the Bay Area community, funded in part by an evangelism grant to Living Stone from the California Southern Baptist Convention. The outreach effort, called Love Daly City, included a range of community service projects and involved six local congregations—four of them Southern Baptist.

Love Daly City “encouraged Living Stone Ministries that we’re not the only church in Daly City,” Eusebio said. “There are other brothers and sisters in the Christian community that are there in case we need to reach out, go out and have a cup of coffee, pray with somebody or get involved in partnership programs for the benefit of the city.”

Love Daly City was nine months in the making. It stemmed from local pastors learning of a Modesto-based organization called Love Our Cities that has helped churches in more than 100 communities across America lead city-wide volunteer days. Half a dozen local pastors, including Eusebio, formed a nonprofit organization called Love Day City and began planning an outreach day. Eusebio was Living Stone’s lead pastor when the effort began and continued to provide leadership for the collaboration when he transitioned to pastor emeritus status in January.

The pastors’ efforts culminated April 25 in a service blitz that included approximately 150 volunteers—many of them unchurched—participating in food giveaways, cleaning up a major street and sending encouragement letters to senior citizens.

As the multi-church cooperation took shape, Love Daly City organizers wondered if city officials would embrace and participate in the effort. A resounding yes ensued when Eusebio and another pastor met with the mayor, city council and police department leaders.

The outreach day in April began with a rally, at which a pastor shared a brief devotional. Then volunteers worked on service projects for the rest of the morning. They distributed 300 food boxes donated by a local food bank and picked up trash along both sides of a major thoroughfare among other projects.

Finally, volunteers came back together to honor the local police department and have a closing devotional. A prayer tent afforded locals an opportunity to share their needs and receive intercession.

Throughout the day, pastors walked through the crowd of volunteers and discovered nearly 20 people who said they committed their lives to Christ because of the devotionals and interactions with local churches. Currently, the churches are following up with those new believers.

Eusebio has some advice for other churches considering applying for a CSBC grant: Seek God’s will and apply if He leads. “God always provides the best solution,” he said. “Sometimes that solution means seeking help with the CSBC.”

Any California Southern Baptist church that has given through the Cooperative Program in the past 12 months may apply for an evangelism grant at csbc.com/evangelism-grant-request.