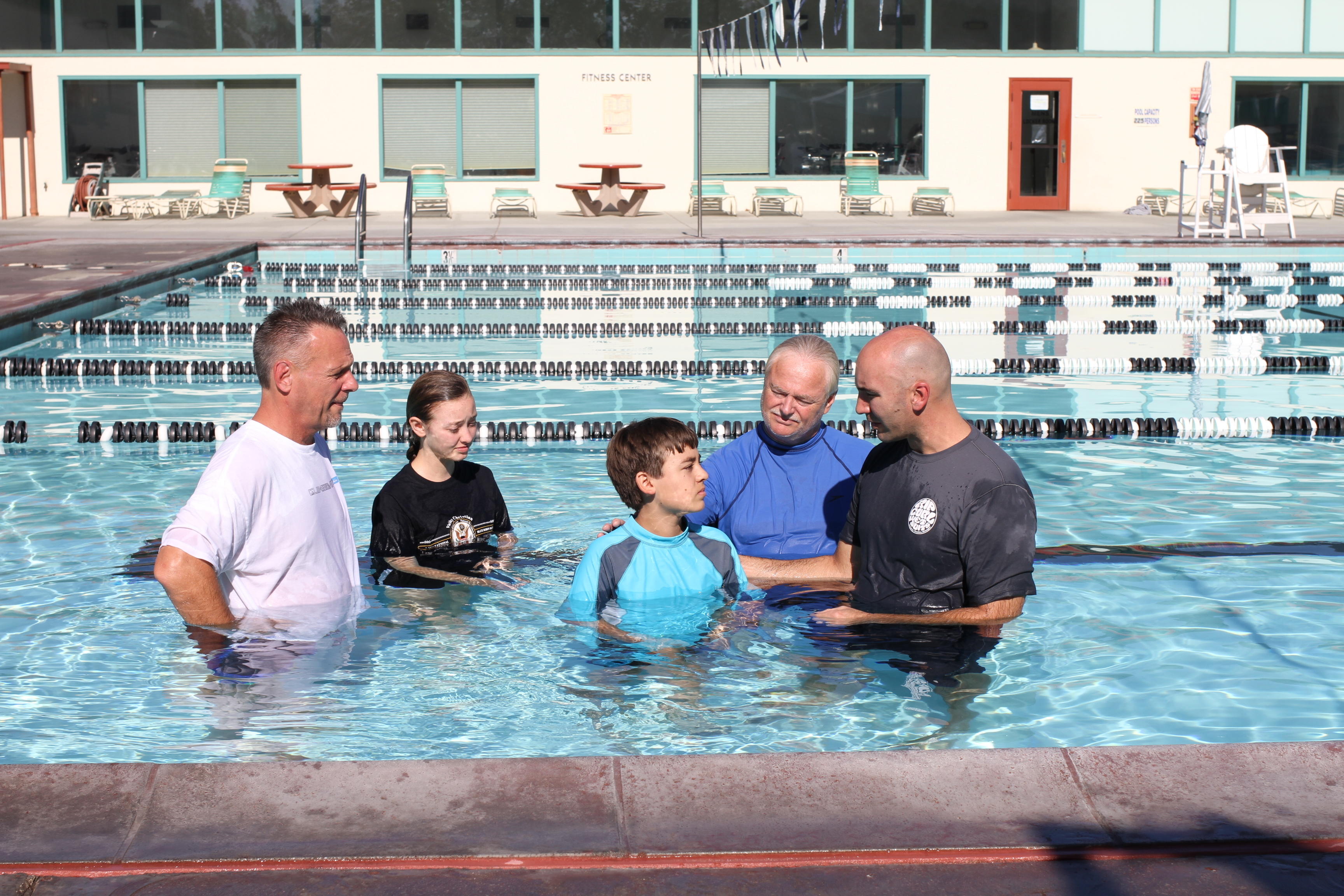 MORGAN HILL — Community Christian is on-target with plans
to replicate itself every 18-24 months throughout the Silicon Valley, reaching
people in the 136 language groups who call the region home.

Once known as First Baptist Church in Morgan Hill, now
more than 350 people gather for one of three worship services each weekend at
Community Christian; more than 200 meet for one of two services at the campus
in Campbell, started in 2012; and another 70 or more gather for one service at
the campus in Gilroy, started last year.

The thrust of the Morgan Hill church morphed from inward
to outward after Kyle Windsor was called as pastor in 2010.

“This isn’t about
people’s belief (in the future of the church); it’s about God’s desire,”
Windsor said. “Nothing gets in the way, because this is God’s church, not my
church.”

Windsor, a San Jose native, first preached at First
Baptist, Morgan Hill in February 2010. Don Fugate, senior pastor of Foxworthy
Baptist Church in San Jose, had introduced Windsor to the Morgan Hill
congregation, and was key to helping the church recapture its future.

On Mother’s Day that year Windsor was called as pastor of
the church whose name was changed to Community Christian, and they officially
“relaunched” in September 2010. Of the four people Windsor started with, one
has died, another retired out of state and the other two remain as Community
Christian members.

“I am committed to honoring the people who started this
church, and have stayed true to that commitment as we have become a multi-site
church,” Windsor noted. “Silicon Valley will be won to Christ with many
smaller-sized churches. We want to breed campuses like rabbits, not elephants.
… Our goal is that no campus would be less than 250 or more than 500.”

Community Christian plans to start another two campuses
somewhere in Silicon Valley by the end of 2017. The campus pastors meet at
least weekly, and each preaches the same sermon, with the individual pastor’s
illustrations augmenting the scriptural truth.

“We have a lot of collaboration,” said Windsor, the lead
pastor, including Will Sawkins, Campbell campus pastor and Brad Schroer, Gilroy
campus pastor, in his description. “This frees us to spend time with people and
to plan for the future. Our name is ‘Community’ and we really believe not in
programs but relationships with people and with God. Both equally.

“We find the strength of each other is one of the secret
elements that help us grow,” Windsor continued. “We’re not isolated. Our campus
pastors can focus on where they’re strong.”

“Living things grow,” Windsor asserted. “If God is in it,
it will grow. Period.”

Community Christian’s stated mission is to change the
spiritual landscape of Silicon Valley by having 5 percent of the population
connected to a CC campus by 2030. Currently, only about 1 percent of area
residents are in any church on Sunday morning.

“We do this by only focusing on helping people find their
way back to God,” Windsor said, utilizing the church’s tag line.

When asked about people who had never found their way to
God, the pastor said, “God created each of us, so all of us started with God.
God knew us before the foundations of the world; He has dreams for us.”

Christians have the same need to find their way back to
God, Windsor said, using himself as an illustration: “I need to find my way
back to God every day, because I tend to wander.”

Community Christian’s discipleship pathway is through its
“3Cs: Celebrate, Connect, Contribute,” the pastor explained. “We ‘Celebrate’ on
Sunday mornings. We also celebrate daily as each individual has ‘alone time’
with God, as they read the Bible and pray.”

“Connect” takes place in the community groups Windsor said
are a particularly significant facet of the church since in the groups “people
are able to connect with each other and live out life with each other.”

“Contribute” is the outward focus in the use of people’s
time, treasure and talent “to help people find their way back to God,” Windsor
explained.

“Our plan is to plant campuses across Silicon Valley,
ministering to each of the 136 language groups in the valley,” he noted. “As
each campus is planted, it will replicate itself every 18 to 24 months, seeding
and supporting a new campus site.

“One of the cool things we believe in and practice is
community transformation,” Windsor continued. “The church exists for the world,
not for ourselves. We are here to serve, bless and give of our time, treasure
and talent.”

Among various community outreaches: a VBS-style
after-school program attended by more than 50 elementary students in Morgan
Hill; a free movie in the park in Campbell last summer that drew more than 400;
and weekly Community Suppers that provide a free hot meal to anyone in the
community in need.

Each leader at Community Christian is expected to have an
apprentice because “the replication of leaders in cooperation with the Holy
Spirit is key to achieving our dream,” Windsor explained.

That said, “The most important aspect of the church’s
ministry is its focus on prayer.

“Our goal is to radically advance the Kingdom of God in
Silicon Valley and in other specific places in the world,” Windsor said.

“This is God’s church and God’s dream. We have joined Him
in His desire to simply help people find their way back to God.”