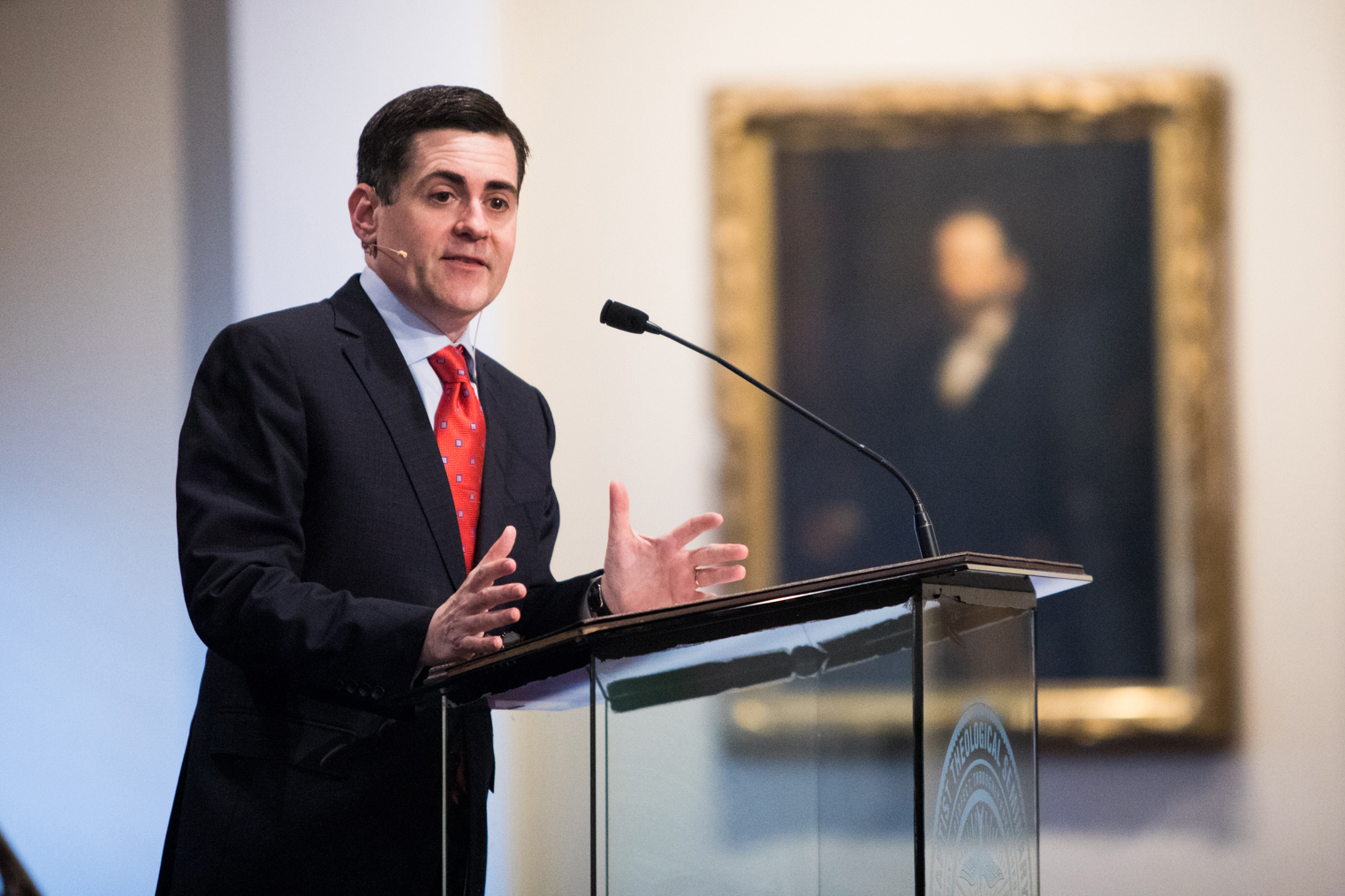 While the word “integrity” often is used regarding moral character, it really represents the “holding together” of something, like a building or institution, Moore said.

This integrity is critical to the church in the 21st century, and it is expressed in Scripture primarily through paradox, said Moore, president of the Ethics & Religious Liberty Commission and former dean of Southern Seminary’s school of theology whose three lectures were titled “The Mystery of Integrity: The Quest for Congruence in a Culture of Conformity.”

Numerous paradoxes in Christian theology are held in tension, Moore said, such as the deity of Christ and the humanity of Christ, or the sovereignty of God and the responsibility of human beings. Another important paradox, when it comes to Christian ministry, is the tension between “personal” and the “communal,” Moore said. The personal nature of the Christian life, he said, must go hand-in-hand with a desire for growth in community.

“The reason that the personal and the communal have to constantly be held together is because you and I are living in a time when both are collapsing,” Moore stated, describing the cost of the collapse to both the individual and community as “incredibly high.”

People have not been created “for life in a hive or in a pack, but for life within a kingdom — life within a church,” he said regarding its New Testament centrality.

Yet the core paradox in Christian ministry, Moore continued, is that of “mystery” and “intelligibility” in proclamation of biblical truth. As the apostle John put it in his Gospel, the abstract and pre-incarnate word (mystery) is made clear to human beings in a narrative as the “Word made flesh” (intelligibility).

Most people do not form opinions because of logic or reason, Moore noted, but because of intuition, then finding reasons to support those intuitions. This is consistent with a biblical worldview, especially for the apostle Paul, Moore said.

In Romans 1-2, Paul argues that God has intuitively revealed Himself in every human person made in His image, but that intuition has been twisted by sin. Human beings in a fallen world are not morally neutral creatures who must be reasoned with, but rather are intuitively sinful beings who invent reasons to support their flawed intuitions.

“The word that we have been given from God is a word that addresses the rational, but in a way that is able to transcend reason itself,” Moore said.

“For much of the 20th century, there was a market-driven, mostly a-theological character to American evangelicalism,” Moore said. “What I would encounter in students at Southern Seminary and other places … were people who have very strong convictions about the nature of the atonement as penal and substitutionary, but didn’t know the difference between Jeroboam and Rehoboam. There were theological understandings rooted mostly in controversies — of the Reformation era or the current era — but not a deep familiarity with the narrative of Scripture itself.”

This attention to literary structures is indispensable for teaching the Bible in Christian ministry, Moore said, not only because Christians need to know how to read texts, but because they need to read people.

“What you’re going to find as you move forward into the mission field is that you are going to encounter people desperately in search of personal narrative,” Moore said. “If … you don’t understand how the Bible as a story and as a text works, the problem is not just that you won’t interpret the Bible rightly, but that you won’t be able to interpret people rightly.”

Moore explained that a “plot” is the telling of a story with the observation of causality, and Christians must pay attention to the plot of Scripture so they can explain it to another person who is looking to make sense of their own life’s narrative.

“The central apologetic of the Christian faith is that everyone has to live as though life has a plot in order to find meaning,” Moore said. “And the Scripture tells us why: Life is, in fact, plotted and it only makes sense in light of a coherent story of a life embedded in a coherent story of the universe.”

Christians preach a message of mystery, but not a mystery that is entirely unknowable, Moore said. They speak the Gospel with intelligible, reasonable words, but in a way that speaks to the deepest longings and desires of the human soul.

“The human heart has a need for narration, logic and meaning, but it can only be a meaning that happens within the fabric of what God has given to us in intelligibility and mystery.”

Audio and video from the Norton Lectures and of chapel are available at equip.sbts.edu. Moore also spoke in chapel on Feb. 26 on the topic of integrity, which can be accessed at http://news.sbts.edu/2019/02/26/moore-sbts-chapel-todays-integrity-preserves-churchs-mission-tomorrow.