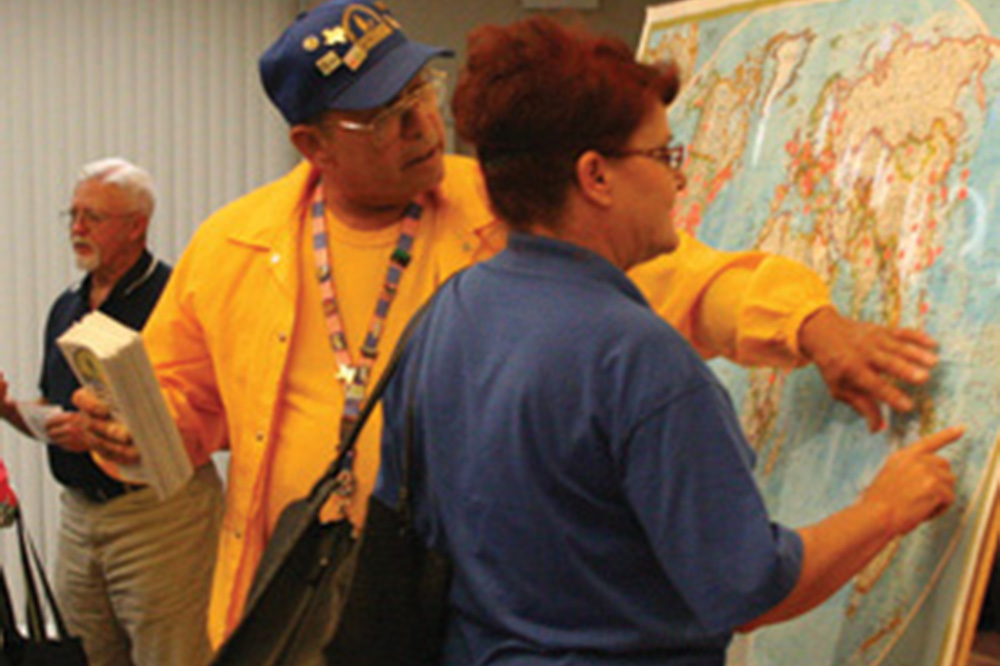 The annual event was held Oct. 24 at Home of Christ Church in Fremont, prior to the CSBC annual meeting.

International Mission Board workers and California volunteers told of a variety of ways they’ve been involved in missions including church starting, disaster relief, ministry to victims of human exploitation and being responsible stewards.

Terry Maldanado of Clovis Hills Community Church in Clovis was a nurse for many years before joining the staff of Clovis Hills as missions director. She said that, after several short-term trips to South Asia, she felt called to full-time service but didn’t see financially how she could.

Through the assistance of Rod Wiltrout, CSBC’s Cooperative Program and church finance specialist, Maldanado found she was able to keep her home in Clovis while serving in a location across the globe.

Ed Adams, retired pastor and director of missions in California, spoke to the audience via Skype about the value of planning ahead for retirement. He encouraged the audience to save as much as possible in order to be able to continue serving after retirement.

Speaking about disaster relief opportunities in California and beyond were Jackson Conaway and Meta Velez.

Conaway, a student at Golden Gate Baptist Theological Seminary in Mill Valley, served on a DR team in the aftermath of the devastating earthquake and tsunami in Japan. Velez is a veteran DR chaplain who most recently served in Crescent City following tsunami-like conditions that struck there as a result of the event in Japan.

Both encouraged the audience to get involved in one of several facets of disaster relief ministry.

Two IMB missionaries, who cannot be named for security reasons, highlighted the ministry they do in South and Southeast Asia.

“B” said he was able to show the “Jesus” film in a large city where he serves, and saw 700 make professions of faith in Christ.

“God is stirring us,” he noted about Christians being called to serve on mission.

“Join with us,” B encouraged. “Partner with us so we can see the world won to Christ in our lifetime.”

“J” is working to start a church planting movement where he serves. But he also emphasized, “We are to share the gospel faithfully” with everyone we meet, “though we can’t win everyone.”

“Your giving and prayers are helping what I’m doing,” J asserted.

Participants at the missions celebration were given an opportunity to mark on a map places they’ve served “on mission” throughout the world. Red dots filled the map when the volunteers were finished.

Mike McCullough, CSBC’s missions advancement group leader, encouraged the audience to fill out commitment cards noting their willingness to pray for, give to or go on mission.

“We have been given a trust from God to be on mission for Christ,” McCullough told the group.