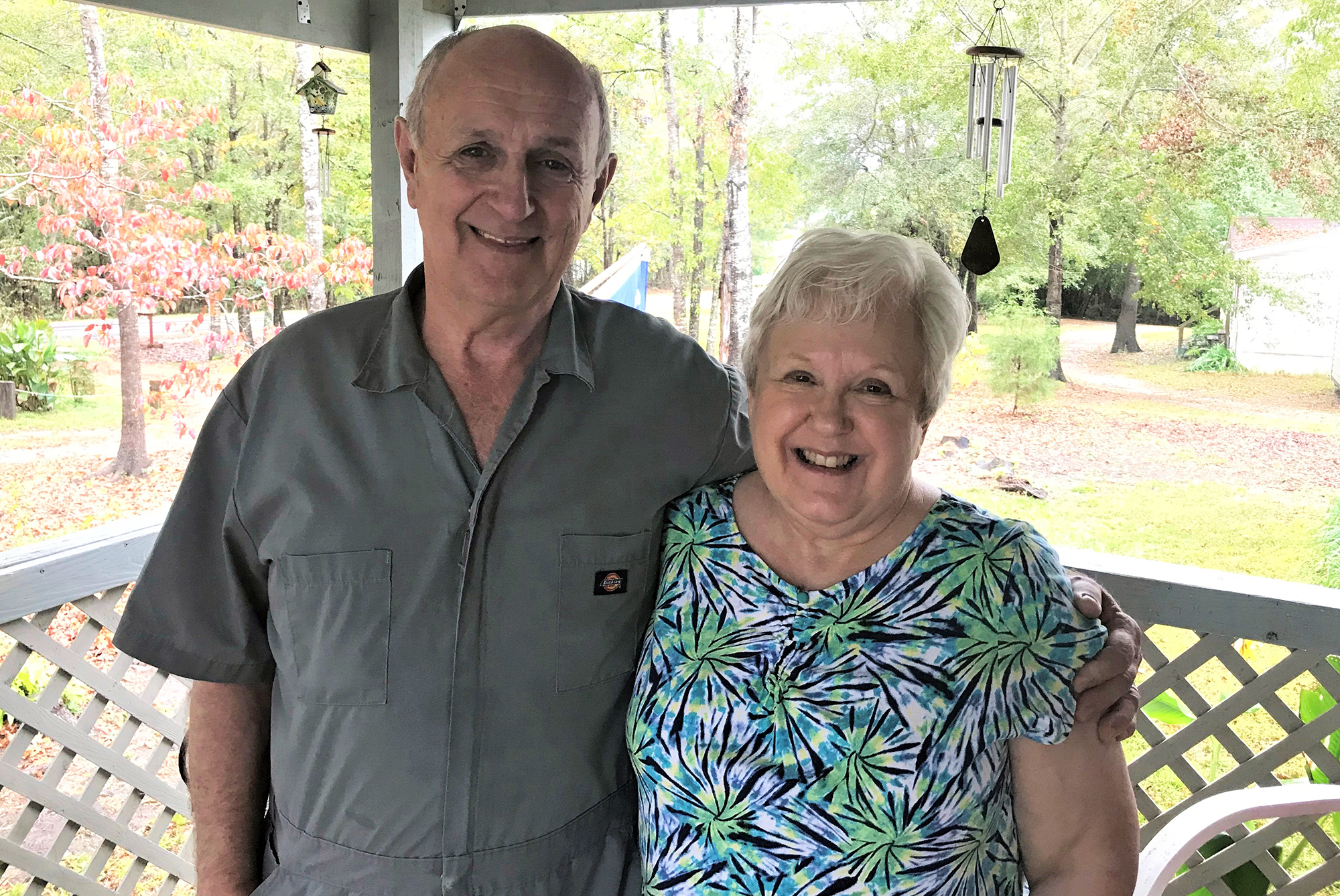 ECLECTIC, AL — Rick and Betty Hall, who live in a modest mobile home in central Alabama, have a multitude of stories about the small churches they served throughout the eastern part of the state over three decades.

In the Halls’ last church, five people attended the first Sunday. No one had lived in the parsonage for 36 years, and there were only 34 people within a mile of the church. Attendance grew to almost 40 during the eight years the Halls were there. The members learned how to give to missions, and it became the top per capita giving church in their local association to the Lottie Moon Christmas Offering.

Rick and Betty both worked a variety of jobs to pay their bills.

“Most country churches expect a pastor to do everything — visitation, hospital calls, turning the lights on,” Hall said. “But most of them can’t pay much, if anything.”

When they retired, Rick and Betty had no savings to fall back on, but heard about Mission:Dignity. It has made a huge difference in their lives.

“This month, there was $3.27 in the bank when the Mission:Dignity check came in,” Hall said quietly.

“Our Social Security pays the bills, but the Mission:Dignity gift pays for our groceries. We can’t tell you how many times we have thanked the Lord for your help.

“Many months, we would not have bought food without your assistance.”

Mission:Dignity Sunday is June 23 on the Southern Baptist Convention calendar. It’s a day to remember and honor retired ministers, workers and their widows living on low retirement incomes. It’s also a time to give generously to help the nearly 1,700 individuals and couples assisted by the ministry. More than $7 million is distributed annually, with most of the funding coming from the direct gifts of individuals, Sunday school classes and churches.

One hundred percent of gifts provide well-deserved monthly grants, with nothing used for operating expenses. An endowment established many years ago covers administrative costs.

“One of the great blessings of our ministry is knowing that so many of the good and godly pastors and their wives we serve are able to have a measure of security and, yes, dignity in their declining years thanks to the individuals, churches and Sunday school classes who give to Mission:Dignity,” said GuideStone President OS Hawkins. “We are thankful that we can be Christ’s hand extended to these Southern Baptist pastors and their widows who sacrificed to serve His churches throughout their ministries.”

For those interested in supporting Mission:Dignity, GuideStone provides free bulletin inserts, promotional posters and a DVD with several brief testimonies of people assisted by the ministry. The materials are undated and can be used anytime. Order the free resources at www.MDSunday.org or text MDORDER to 41444 from a mobile device*. Individuals wishing to donate, or refer potential recipients, to Mission:Dignity may do so at www. MissionDignity.org.

The ministry — now beginning its second century of service to Southern Baptist pastors and their widows — has been a blessing, Hall said.

“We just want to thank you so very much. We know that God cares for us, and the assistance from those who give to Mission:Dignity is one way He has helped us.

“It’s amazing and we can’t thank you enough.”

(*When texting “MDORDER” to 41444 you will receive a one-time reply containing a link to order materials. Please be aware that message and data rates may apply.