Missionaries to Chitwood: ‘You’re one of us’ – California Southern Baptist Convention
Skip to content 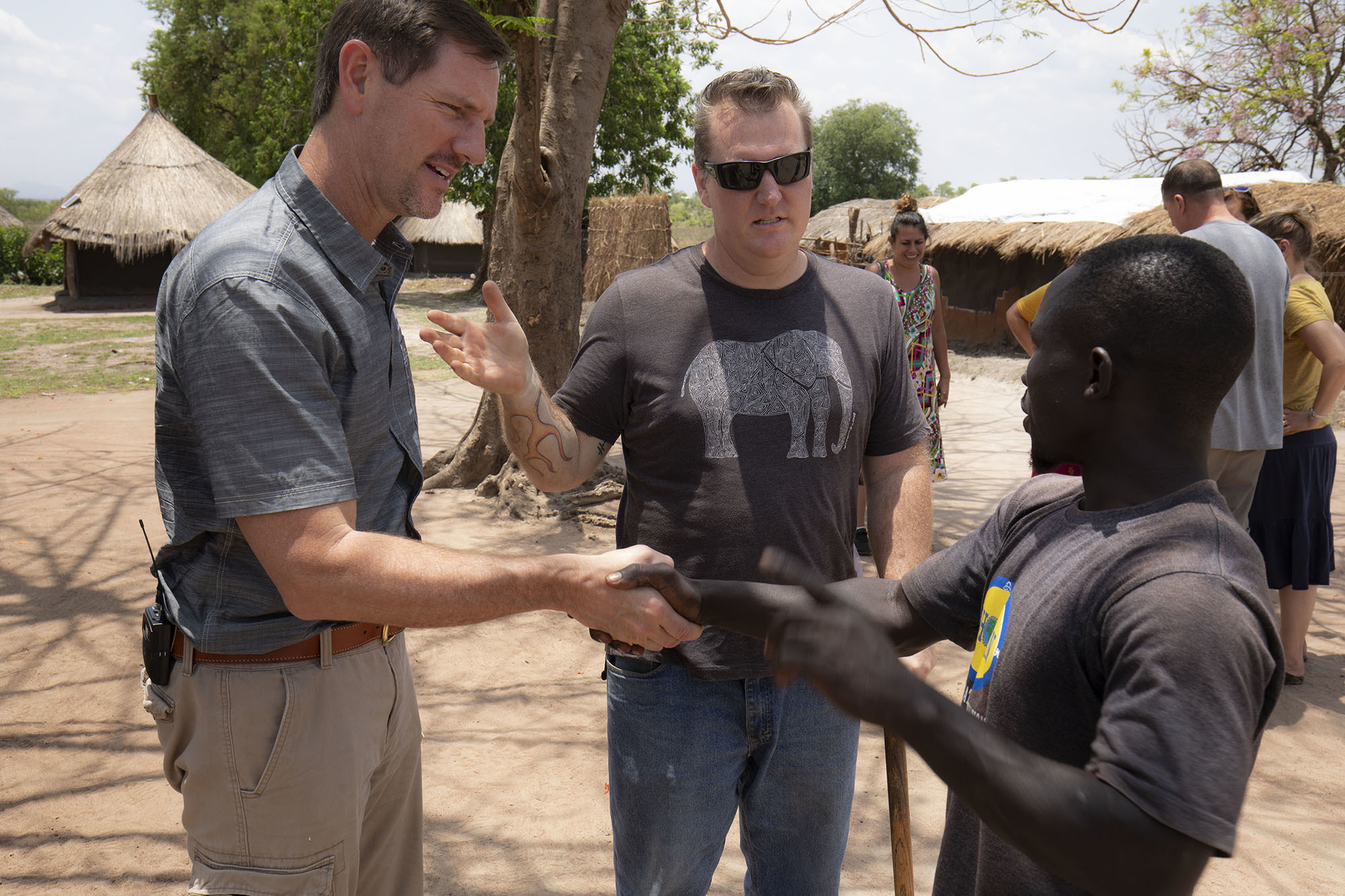 Missionaries to Chitwood: ‘You’re one of us’

EDITOR’S NOTE: This is one of three stories from IMB President Paul Chitwood’s first extended overseas trip since taking on his new role.

ARUA, Uganda (BP) — Missionary Jeremy Taliaferro remembers “mad-dash googling” on the internet to find out who is Paul Chitwood.

The International Mission Board’s presidential search committee announced their candidate last November. And Taliaferro admitted at first he was a little underwhelmed since the Chitwoods had not served as IMB missionaries.

“Paul Chitwood? I have no idea who this is,” the Southern Baptist missionary, who serves in Arua, Uganda, with his wife Susan and four children, recalled during the Chitwoods’ visit last week. “[I’m] trying to find a Facebook page and all that. And to be honest … our initial thought was we really wanted somebody from the field.”

But that was before Chitwood, his wife Michelle and 12-year-old daughter Cai traveled to Uganda to see the work of IMB missionaries like Taliaferro.

Taliaferro leads a team of missionaries that minister in one of the world’s largest refugee camps, located near the South Sudan border. The two men spent hours riding together one day along bumpy terrain and chatting as Taliaferro drove and Chitwood rode shotgun. During the drive, they discovered that in addition to their shared passion for missions and helping equip missionaries to better serve the Kingdom, they both love being adoptive parents and enjoy hunting and fishing.

“I was inspired and encouraged by that conversation that we had,” Taliaferro said. “I’m going to tell everybody, ‘you’re one of us.'”

The Chitwoods’ journey to Arua was just one leg of a weeklong trip that included stops in the capital city of Kampala to meet with missionaries focused on urban ministry and in Jinja to visit the Uganda Baptist Seminary.

“To have the IMB president come all the way to Uganda … and see what they’re doing and pat them on the back was huge,” he said. “Our personnel in East Africa probably feel more affirmed than they have felt in a long time.”

Missionary Shawna Davis, whose kids refer to Rodgers as “Uncle Kevin,” and her husband Daren, an IMB leader over mission work in sub-Saharan Africa, also traveled with the Chitwoods. Shawna said the Chitwoods are part of the family.

“We are a missionary family,” said Davis, who serves in Nairobi, Kenya. “… That’s the way we are choosing to embrace the Chitwoods. We are welcoming them into our family.”

Michelle noted her connection with the missionary wives she met. She saw the commitment they share with raising their children, while being actively engaged in the ministry and loving those in their community.

Paul Chitwood noted he saw the trip as his way of “washing the missionaries’ feet” and encouraging them.

“I’ve tried to communicate to our missionaries from day one on the job that Michelle and I come to this role with a goal of serving them,” he said.

Whether spending time with missionaries on the dusty roads or on the city streets, Chitwood said he was able to get a snapshot of the obstacles missionaries face every day.

“Every setting was a reminder to me of the unique challenges that our missionaries face and ways that we can help them,” he said.

“… It’s so important for them to know that we love them enough to be here.”