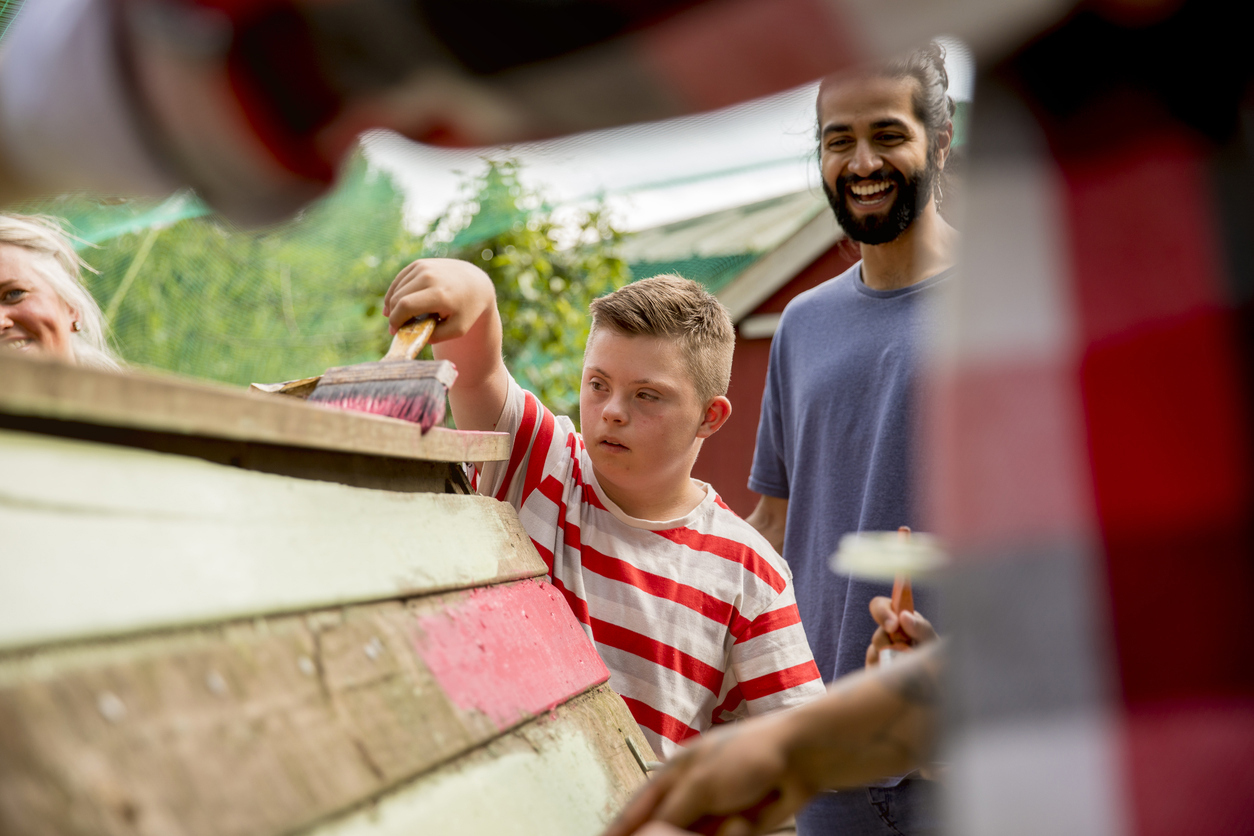 WASHINGTON (BP) — Down syndrome. It was a discouraging, dark diagnosis, Brian Kuiper said. He and his wife Treshia, seven months pregnant, gathered their two children to break the news. But instead of the anticipated heartache and tears, the children responded with enthusiasm and dancing.

Treating all people as the image bearers of God that they are, stepping into their troubled lives long term and working to accommodate special-needs families can profoundly communicate the Gospel to a population the church has often overlooked and often failed to reach. Ungracious attitudes or ignorance of special needs in churches have kept some of those with physical, intellectual and mental disabilities — and their families — away from churches.

But others are working to change that, according to speakers at January’s 2018 Evangelicals for Life conference (EFL) in Washington D.C. The speakers, most of whom have family members with intellectual or physical disabilities or mental illnesses, spoke graciously but pulled no punches when addressing uninformed attitudes about certain illnesses and the church’s inattention to its own shortcomings.

A congregation devoid of members with disabilities is a diminished congregation, missing out on the gifts and talents that population contributes to the church body, said Steve Grcevich, a psychiatrist and president of Family Center By The Falls in Chagrin Falls, Ohio. Grcevich participated in an EFL panel discussion on special needs and mental health.

Treating the disabled as useful church members instead of outreach program subjects, panelists acknowledged, demonstrates their worth as image bearers of God to them and the families who care for them.

Ministries like Jill’s House in Virginia meet an often unseen need of some families with special-needs children — rest from the endless, and in some cases round-the-clock, care. Children ages 6 to 17 can spend a night or two at the facility while their parents get a full night’s rest or give their undivided attention to their other children, said Dillon, who leads the ministry.

Jills House also serves as a means of introducing families to Christlike compassion and care, and to churches willing to minister to the families long-term. About 90 percent of Jill’s House clients are reported to be non-Christians. Many families of special-needs children often see churches as unwelcoming, or they believe their family’s needs would be too burdensome on others.

By confessing their shortcomings and asking how to accommodate people with special needs, churches can better minister to people already in their congregations while also reaching out to their community, Dillon said.

Joni Eareckson-Tada, who became a quadriplegic at 17 following a diving accident, told the TEXAN in an interview that there are ways Christians can help lift the despair off the shoulders of a disabled friend.

“First, pray for that person,” she said. “For we wrestle not against the flesh and blood of disabilities, but against the dark powers and principalities that would love nothing more than to keep a disabled person steeped in depression.”

And be specific when offering assistance, she noted, and then follow through. Eareckson said her mother was always grateful to friends who, on their way to the store, offered to pick up items for the family.

Ruth Brown reinforced to the TEXAN the importance of being specific when asking to help a family that has a child with special needs. “When somebody says please call me if you need anything, I’m not going to call them,” she said.

But “If you’re like, ‘Man! I love to see a room transformed with cleaning agents!’ Then call and say, ‘I love to clean houses. Can I come over next Tuesday and clean your house?'” she said.

Brown and husband Eric have three children. And the youngest Pearl, wasn’t supposed to live after birth. Now 5 years old and in need of 24-hour medical attention, caring for Pearl detracts from day-to-day household duties.

Sometimes companionship is what families crave most, Eric noted. When asked by some friends what they needed, Eric told them to pick up a pizza and come hang out at their house. Eareckson’s mother made their home a welcoming place offering BLT sandwiches and homemade chocolate chip cookies for the friends who kept her daughter connected to a world she could not yet re-enter.

“When I look back, that was a very creative way to help foster and forge long-term relationships with the very young people who ultimately influenced my life for Christ,” Eareckson said.

But just as all needs are not immediately recognizable, neither are all disabilities.

Behavioral disorders and mental illness do not present themselves in wheelchairs or the grin of a young adult living with Down syndrome. Instead, Attention Deficit Hyperactivity Disorder (ADHD), high-functioning autism, schizophrenia and childhood traumas manifest themselves in unprovoked outbursts of anxiety, anger or fear.

“Within evangelicalism there’s this notion that if you have an intellectual disability [e.g., Down syndrome] you’re clearly not responsible for your condition,” Grcevich said. But there is a stigma, a bias, associated with mental illness and behavioral disorders that grievously ill-informed Christians associate with poor spiritual development or bad parenting.

“Not only is that not helpful. What I really want people to know is it is extremely painful. It is extremely demoralizing,” Rosati said.

She and her husband John, have four children, all adopted, and three have mental illnesses. One of their sons suffers from schizophrenia and is at times tormented by the sights and sounds of things that are not real. Well-intentioned but ill-informed people presume his hallucinations are spiritual warfare that can be conquered with enough faith and prayer.

An adamant Rosati said, “That is not true and it’s got to stop!”

Judgmental attitudes hinder fellow believers’ full participation in the life of the church and tell families outside the church they are not welcome. But Rosati has seen change. People are beginning to inquire about her situation. They want to learn, she said. And that is encouraging.

The Browns have also been on the receiving end of unintentionally dispiriting comments.

“I think the most damaging things are when we’re made to be pitiful or thought of as pitiful,” Eric Brown said. Dignity is so important, he said. Eric addressed the conference, giving one of the most poignant talks. Yet throughout the conference he heard people ask regarding those with disabilities, “How do we give these people dignity?”

“That’s wrong thinking,” he said. “The dignity is already there. The question is, ‘Do you acknowledge it? Do you see it or not?'”

The Kuipers saw the dignity in the Down syndrome diagnosis. It would have been easy to convince themselves that Timmy would be better off not being born. There are no quantifiable statistics charting how many babies in the U.S. are aborted following a Down syndrome diagnosis. But the population of Down Syndrome citizens has dropped 30 percent since 1974, according to the Charlotte Lozier Institute.

But God taught the Kuipers to separate God’s image in people from the disability. It’s a lesson they learned the day their children danced.

Kuiper said, “It’s like God spoke through our children and said, ‘His disability is going to be a reality but that’s not going to be who Timmy is.'”