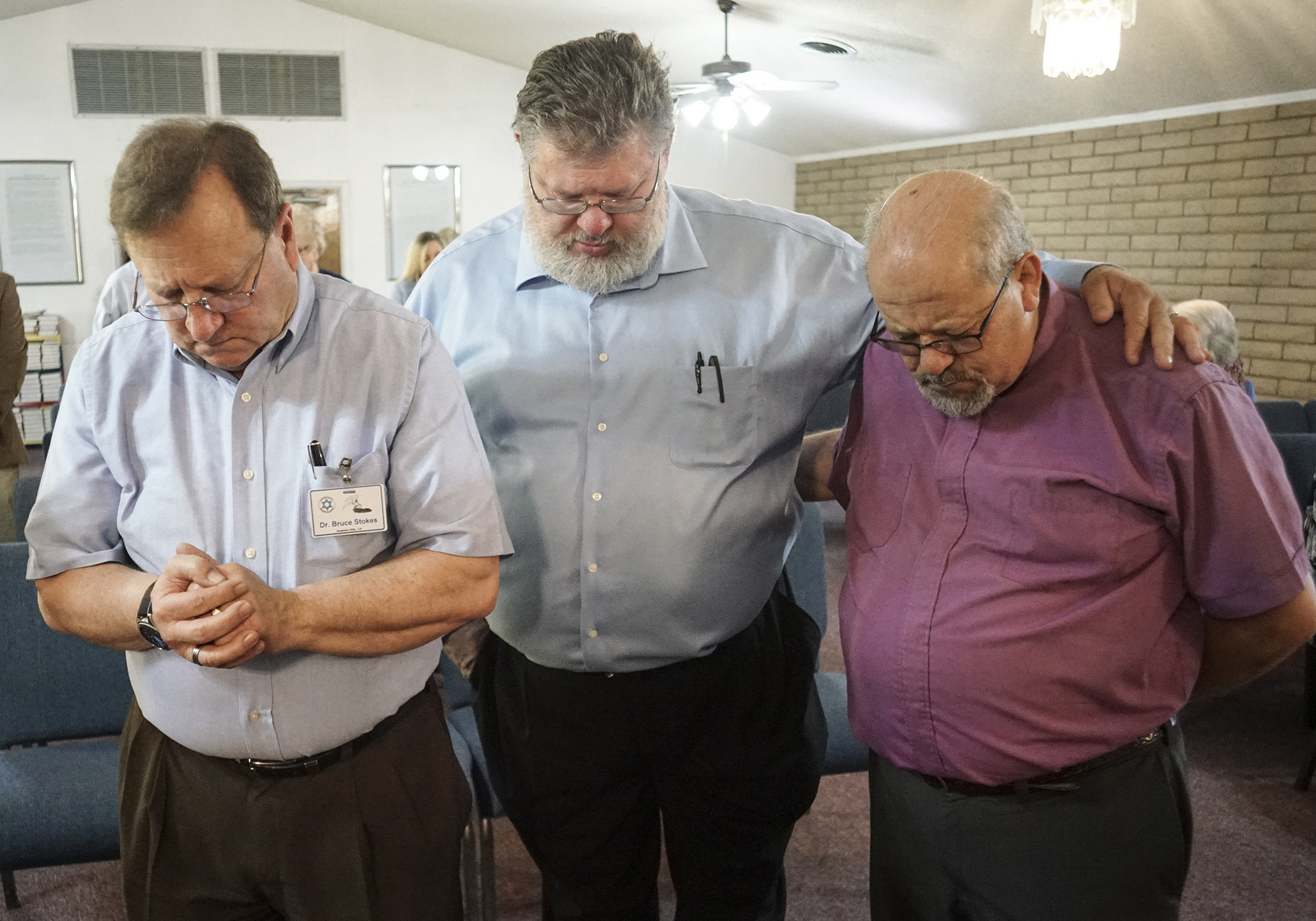 DALLAS (BP) — The Southern Baptist Messianic Fellowship will finalize an organizational restructuring plan, hear reports of Jewish evangelism and potentially discuss electing an executive director when the group gathers in Dallas in conjunction with the Southern Baptist Convention annual meeting.

SBMF members and guests will convene Sunday, June 10, at noon for a lunch meeting at TGI Fridays, 1713 North Market St. in Dallas. The business portion of the gathering likely will be brief, SBMF President Ric Worshill said.

The restructuring plan entails delegating more responsibility to SBMF officers and ministry leaders to facilitate support of SBMF personnel in the U.S., Canada, Israel, Russia, South America and elsewhere. While some SBMF members serving in Jewish evangelism ministries are International Mission Board or North American Mission Board missionaries, Worshill said many are self-supported and depend on resources and encouragement from the fellowship.

“We’re restructuring so we can better take care of our people,” Worshill said. SBMF members “are spread out all over the world.”

Worshill will report on a mid-April meeting of the Lausanne Consultation on Jewish Evangelism (LCJE), a global organization that develops strategies to reach Jewish people with the Gospel. SBMF is an organizational member of the LCJE.

“In Jewish evangelism, we have to work with all the different groups” seeking to win Jews to faith in Christ,” Worshill said.

In Dallas, an SBMF member may raise the idea of amending the Messianic fellowship’s constitution to establish the position of executive director, Worshill said. Such a decision may have to be finalized at a later date.

As workers at the Many Faces of the SBC booth in the SBC exhibit hall, SBMF members will help believers of various ethnicities connect with ethnic fellowships, said Worshill, a member of the SBC Executive Committee’s Convention Advancement Council, which promotes ethnic ministry and involvement in Southern Baptist life.

Churches and individuals are invited to contact SBMF for training in how to reach Jewish people with the news that Jesus is the promised Messiah of the Old Testament.

Questions and reservations for the Dallas SBMF meeting can be sent via the group’s website at sbmessianic.net.