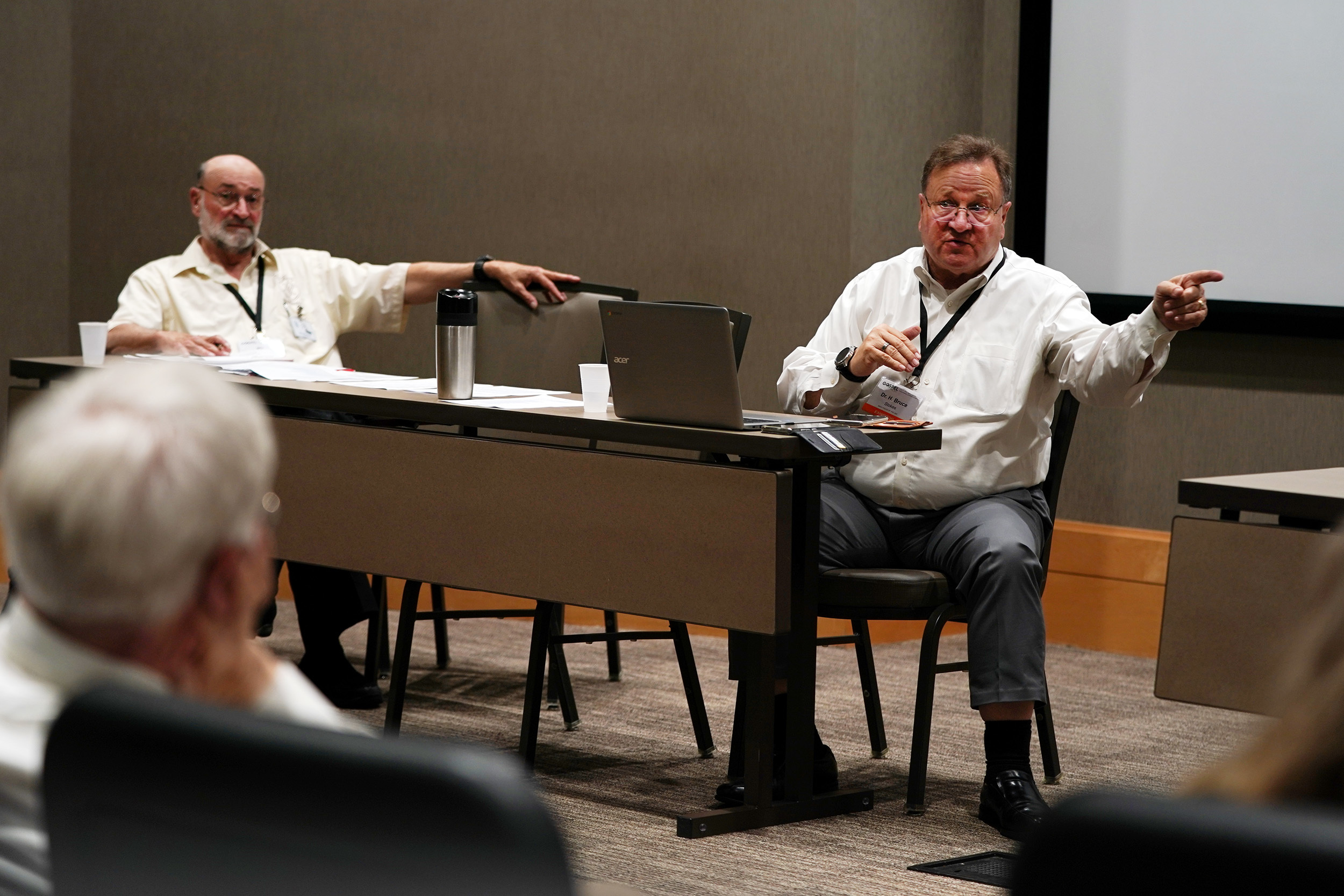 BIRMINGHAM, Ala. (BP) — The Southern Baptist Messianic Fellowship (SBMF) focused on both business and relationship building at their annual gathering, held in conjunction with the Southern Baptist Convention annual meeting in Birmingham, Ala.

Ric Worshill, executive director of the Southern Baptist Fellowship, spoke June 9 about the importance of connecting and building relationships with the other Southern Baptist entities. The SBMF is primarily composed of Messianic Jews (Jews who follow Jesus Christ as Messiah).

The fellowship has a booth at the annual meeting where they have resources for the local church to use in ministering and evangelizing to Jewish people. Currently there are more than 300 members of the group including 20 foreign missionaries, although this year’s gathering drew a smaller crowd because the SBC annual meeting fell on what Jews refer to as the Shavuot, also known as Pentecost which is celebrated 50 days after the resurrection.

During their business meeting, the fellowship specifically discussed the relationship between the SBMF and the SBC Executive Committee.

SBMF President Bruce Stokes noted new Executive Committee President Ronnie Floyd recently asked all of the different ethnic and language groups within the SBC to send him a summation and purpose statement before he meets with them in early August. The fellowship also spent time in their business meeting going over reports from this past year as well as going over both previous business and new business for the fellowship.

Stokes spoke about some of the gradual steps they are taking to change some of the bylaws and policies in order to make sure the fellowship will “function and not just meet together.”

“We’re going to eventually rewrite all of our bylaws and policy, but rather than trying to do that on paper and then seeing if it works in real life, we’re struggling through the concepts and then writing things down as we go,” Stokes said.

The gradual changes, Stokes said, are meant to give Worshill as the executive director the ability to focus on the relationship building and networking with the other SBC entities. Stokes will then work on informally restructuring policy as the fellowship moves along.

“We want to act as a sort of liaison between the SBC and the Messianic movement,” Stokes said.

“I know exactly what Jews fear about Jesus and I know how to meet their needs in sharing Jesus with them, but if I don’t share that with the other brothers and sisters in the body of Christ that leaves just me this one person out here when thousands of people could be sharing. We want our fellow Southern Baptists to know that we are here if they have a Jewish neighbor that they need to minister to. We want to be able to help them.”