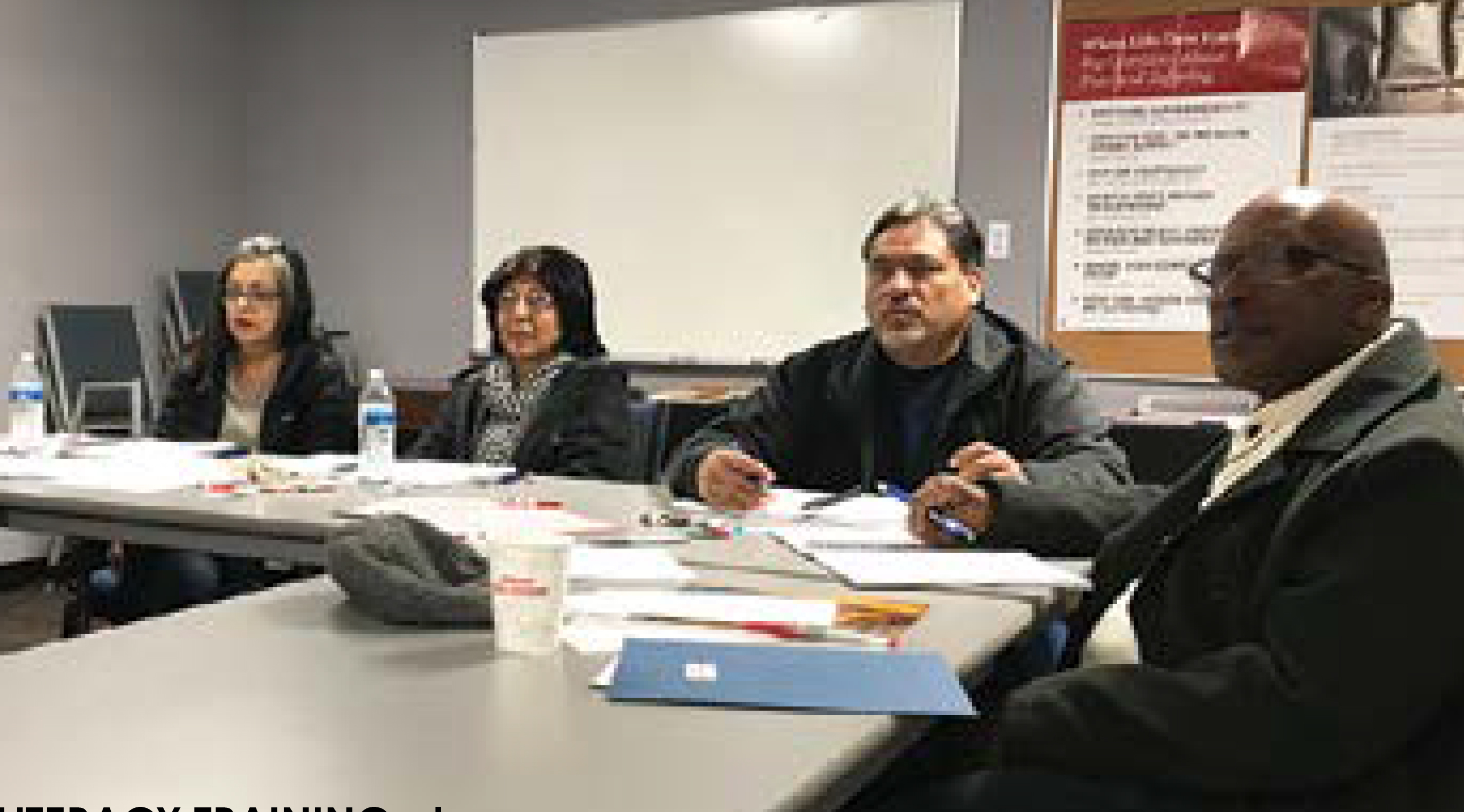 SAN DIEGO — For one San Diego congregation, teaching English as a second language(ESL) has opened a door for evangelism.

A student in the ESL program at First Baptist Church of Clairemont in San Diego had a son in kindergarten who spoke no English and was in a public school class without translation services. So ESL teacher Beth Shaw invited the student to start bringing her son to the church 30 minutes before each adult ESL class for an English lesson of his own. The lessons prompted the ESL student’s unbelieving husband to begin coming to the church each week too.

“My hope is that our showing love to his family will impact him,” Shaw said, anticipating the day he commits his life to Christ.

Now in its second year of ESL classes, First Baptist Clairemont is part of a broader rediscovery among California Southern Baptists of the impact literacy missions can have. Over the past three years, some 60 churches have received training from California Southern Baptist Convention in literacy missions, which includes ESL, tutoring for children and youth, and adult literacy instruction. The dual aim of each program is teaching language skills and sharing Christ.

“Many churches are starting to see that this is a real, practical way to reach out to their neighbors,” De La Rosa said. “I don’t believe there’s a place in California where you will not find people who need to develop literacy skills.”

Government and private studies appear to corroborate De La Rosa’s assessment. According to the US Census Bureau, 45 percent of California’s population 5 and older does not speak English at home, the highest percentage of any state in the country. Among the state’s 10.5 million Spanish-speakers alone, 4.3 million say they speak English less than “very well.”

When it comes to literacy, half of all American adults can’t read at an 8th grade level and 25 percent of California’s 6 million public school students cannot perform skills, according to The Literacy Project, a reading advocacy group.

Literacy missions leaders wonder whether enough churches will be willing to invest the time and resources necessary to meet the vast need — and use it as a gateway to gospel witness.

Each year CSBC offers several training workshops across the state on each of the three facets of literacy missions. The training focuses on both instructional methods and cultivating a “faith-based atmosphere” to facilitate evangelism, De La Rosa said. Last year nine training workshops were held throughout the state.

Churches tend to begin their literacy missions journey with ESL, De La Rosa noted. Then some congregations discover tutoring complements that ministry by helping the children of the students. The third ministry, adult reading and writing instruction, is administered in a private lesson setting and aims to serve anyone fluent in English but with difficulty reading.

Because the need to improve English speaking and reading is significant across the nation, a coalition of Southern Baptists known as the National Literacy Missions Partnership seeks to help state conventions with printed resources and certification for those who train churches on literacy missions. CSBC is one of 16 state conventions involved in the partnership.

“It surprises me that churches still don’t recognize” ESL “as a way to get into the community,” said Claudean Boatman, national literacy missions partnership coordinator. “Same thing with tutoring. I see that as a huge opportunity, especially in rural towns where there aren’t the tutoring centers you find” in cities.

She commended De La Rosa’s leadership in the “rediscovery of literacy missions.”

Back at First Baptist Clairemont, Shaw said her life is richer thanks to the church’s ESL ministry “It’s been a feeling of fellowship and joy,” she said.

For more information about how churches can become involved in literacy missions, contact De La Rosa at edelarosa@csbc.com or 559-256-0856.