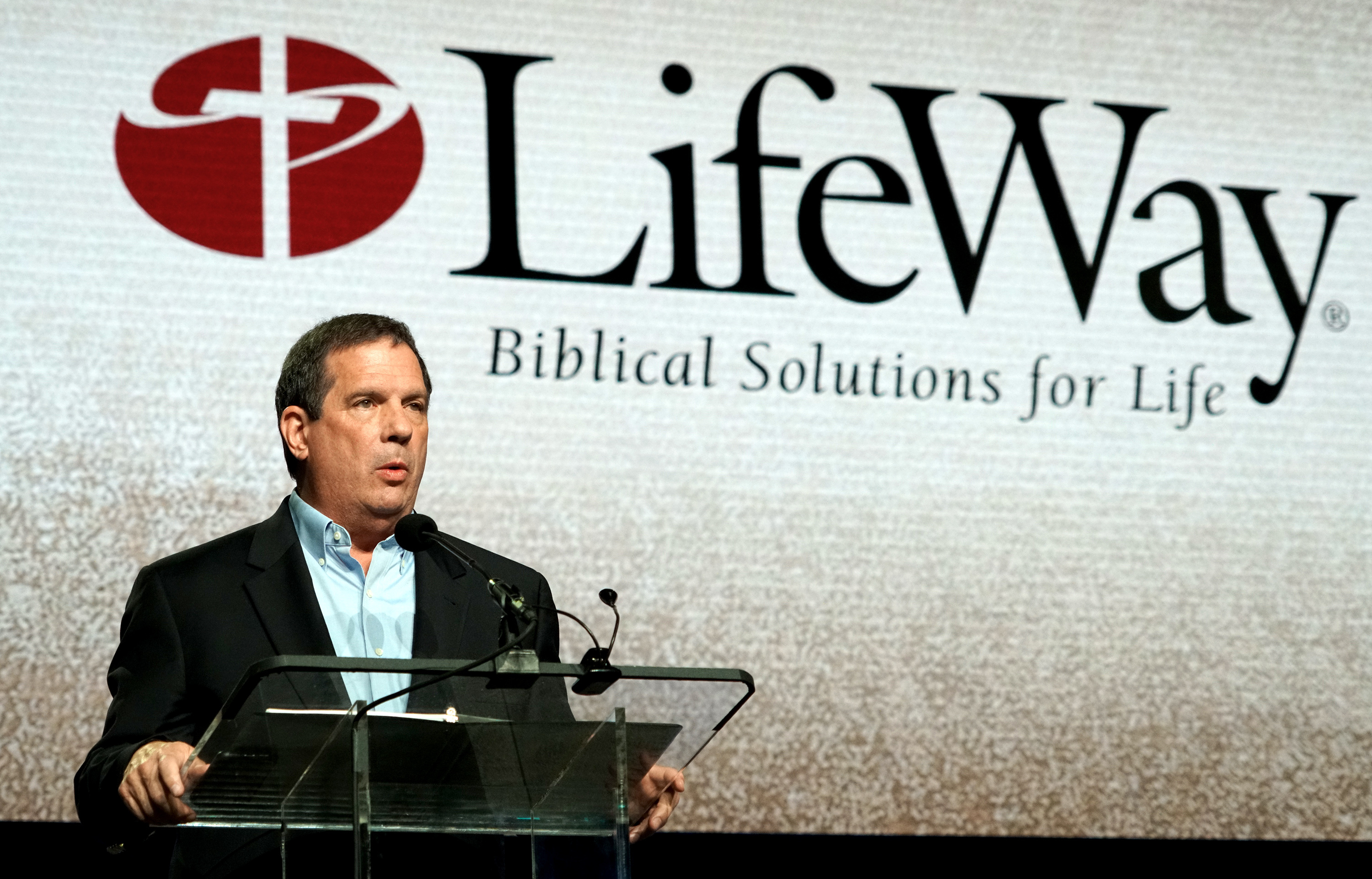 LifeWay to ‘provide biblical resources for the world’

“One of the best investments we have ever made has no immediate financial return but an incredible eternal return,” Rainer said during his report on Wednesday (June 13).

“We are handing out the Word of God, through churches, and we are seeing numbers upon numbers of people believe in Jesus Christ as their Lord and Savior. Only God could do that.”

The program — called “Share the Word. Together.” — is one of LifeWay’s newest initiatives to provide trustworthy biblical resources across the nation and around the world. Rainer highlighted several others during his report, including a new focus on community engagement and learning at LifeWay’s more than 170 stores.

“In 2018 we experienced a change in the momentum around LifeWay Christian Stores,” he said. “For the first time in years we’re experiencing growth in the traffic of people who come into our stores.”

The Gospel Project, a Bible study curriculum launched in 2012 to show how all Scripture points to Jesus, continues to dramatically expand its reach, Rainer said. “In 2018, every week 1.6 million people are studying the Word of God through The Gospel Project.”

He also noted widespread adoption of the Christian Standard Bible, launched a year ago by LifeWay. “It has been received well by churches all across the world.”

Serving churches around the world is a major commitment for LifeWay, Rainer said. A video shown as part of LifeWay’s presentation to the SBC pointed out that 85 percent of the world’s evangelical Christians live outside the United States, and many lack access to biblical resources and training.

In response, LifeWay has incorporated in China, India and Mexico. LifeWay Global distributed resources to 164 of the world’s 195 countries last year, reaching more than 4 million people, and LifeWay resources are licensed in more than 60 languages.

“We are not sitting idle waiting to serve the nations — we are actively at work,” said Ashish Thomas, general manager of LifeWay India, where Vacation Bible School will be offered in five languages this year in addition to English.

Providing resources to the global church is complex, but overcoming the barriers is worth the effort, said Cristopher Garrido, Spanish publisher for LifeWay.

He introduced a video featuring Francisco Medina, a pastor in the Dominican Republic whose ministry was transformed by a training seminar a few years ago.

By reaching out to the nations, LifeWay hopes to touch hundreds of millions of lives for Christ, Rainer said.

“The Great Commission is clear — we are to make disciples of all nations,” he said. “On behalf of the Southern Baptist Convention, we will provide biblical resources for the world, that the world may know even more deeply the name of Jesus.”

While global ministry was the focus of LifeWay’s presentation, Rainer also noted in his report that Forbes magazine named LifeWay one of America’s best midsized employers for a second consecutive year.

The honors in themselves mean little, he said, but they testify to LifeWay’s mission and values.

“It’s not about bricks and mortar, it’s not about stone and wood — it’s about our witness,” Rainer said. “We are making a difference.”

He thanked SBC messengers for supporting, praying and walking alongside LifeWay.