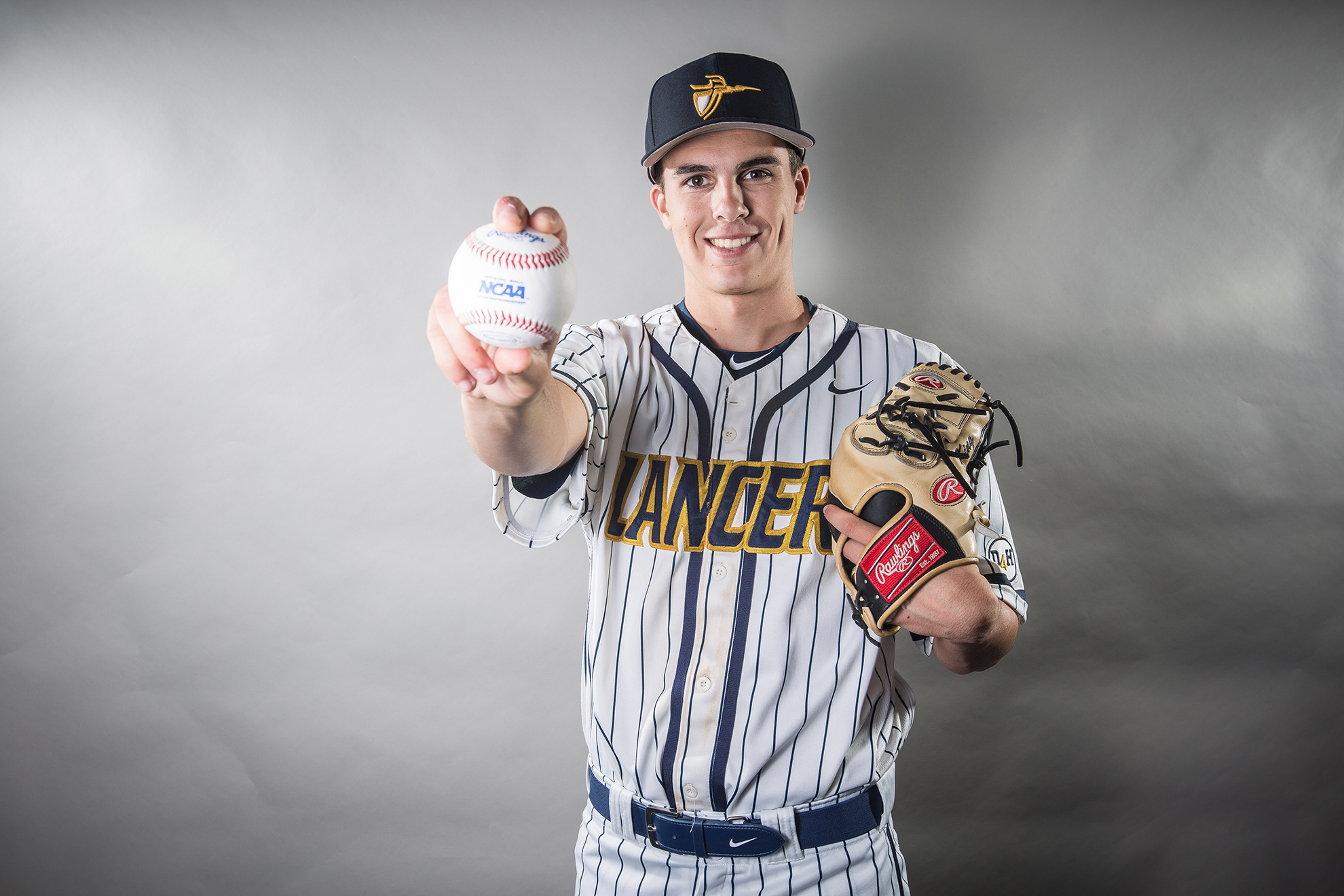 RIVERSIDE, Calif. – For the eighth year in a row, a California Baptist University Lancer has been drafted after Garett King was selected by the Detroit Tigers in the 11th round at No. 335 overall.

A total of 31 Lancers have been drafted over the past 36 years, with 20 players taken during Coach Gary Adcock’s 14-year tenure. King left little doubt about his draft status after he became a unanimous first-team selection on all three West Region squads in his one season at CBU. The junior transfer from the University of Nebraska was voted the PacWest Newcomer of the Year with a 2.33 earned-run average, 7-1 record and a save this season.

In all of Division II, King ranked 14th in WHIP (0.97), 31st in hits allowed per nine innings (6.75), 47th in ERA and 49th in strikeout to walk ratio (5.00). He was named a three-time Pitcher of the Week in the PacWest and earned the honor in the West Region and Division II at large this year. He threw a nine inning no-hitter, striking out 15, for one of his two complete games and shutout this season.

King joins a growing list of Lancers at the next level, with six others already well into their seasons with their respective minor-league teams. Trevor Oaks and Caleb Dirks are currently playing Triple-A ball in the Los Angeles Dodgers and Atlanta Braves systems, respectively. Adam Hofacket is pitching with the Los Angeles Angels of Anaheim Double-A Mobile Bay Bears, while Sharif Othman signed a free-agent contract with the New York Yankees in the offseason and is at their Class-A advanced Tampa Yankees. Tyson Miller Miller and Mark Sanchez are at the Class-A level with the Chicago Cubs and Kansas City Royals, respectively.