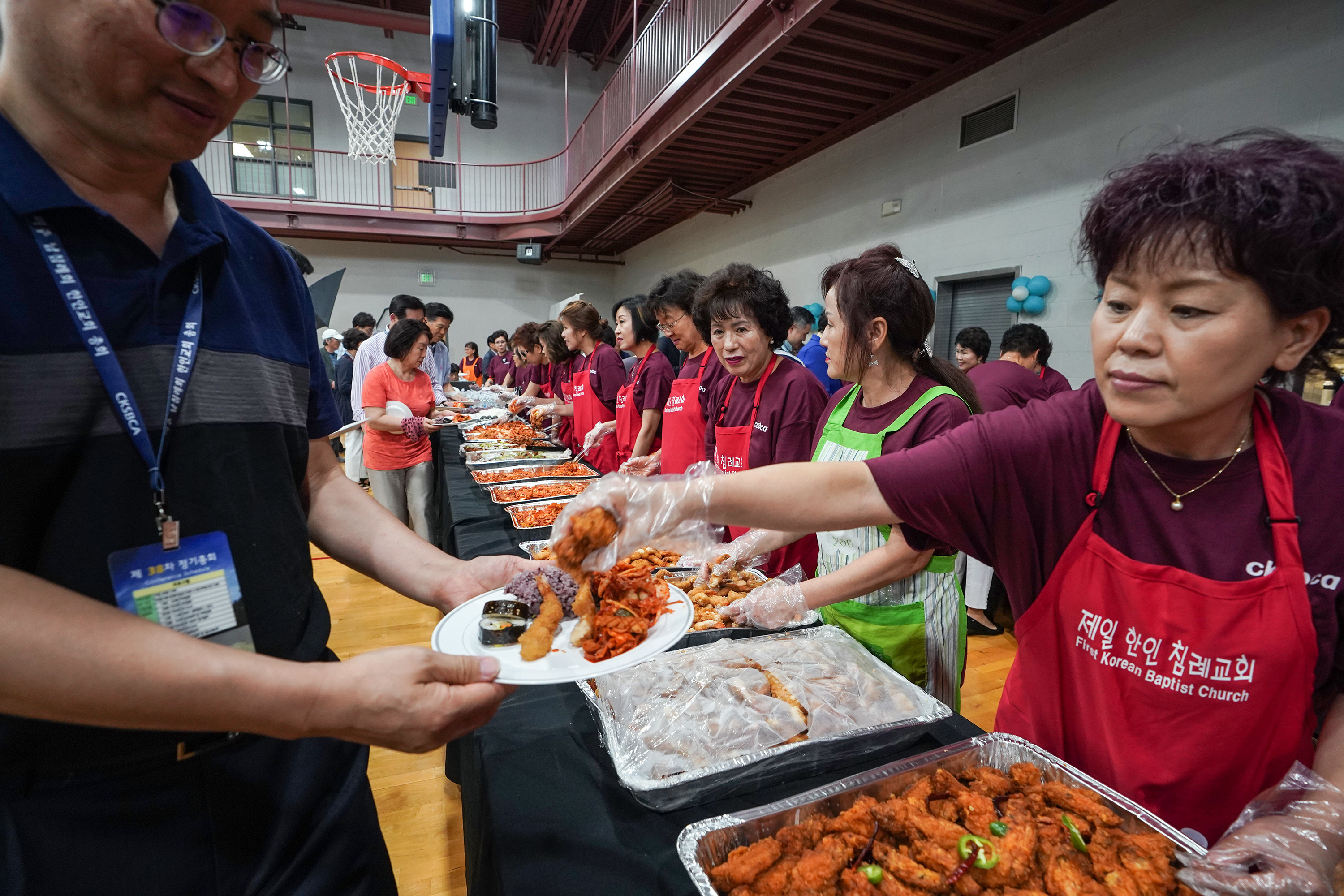 BIRMINGHAM, Ala. (BP) — The new president of the International Mission Board preached June 11 at the 38th annual meeting of the Council of Korean Southern Baptist Churches in America, or Korean Council.

IMB President Paul Chitwood spoke Tuesday evening, June 11, at First Baptist Church in Pleasant Grove, Ala., a Birmingham suburb, where about 700 people had gathered for the Korean Council. He spoke during a three-hour “Missions Celebration” during the three-day Korean meeting, which takes place each year in the same city as the SBC annual meeting.

“We were so glad to hear Dr. Chitwood,” James Kang, the Korean Council’s executive director, told Baptist Press. “With his help we are reinvigorating our desire to reach the world with the life-changing Gospel of God’s love for each person, individually.”

Tuesday started with early morning prayer at 6 a.m., six breakout sessions and a large-group seminar presented by Mark Clifton, senior director of replanting at the North American Mission Board. During the afternoon, attendees were shuttled to the Birmingham-Jefferson Convention Complex to participate in SBC business sessions.

Chitwood spoke that evening on “God’s vision for IMB and the church.”

“I join you in thanking God for the generations of Koreans who have heard the Gospel and believed,” said Chitwood, whose words were translated into Korean by David Kim, pastor of the Good Shepherd Community Church in Torrance, Calif. “I thank God for the opportunities God has given the IMB to work with Koreans.”

Chitwood preached from Revelation 7:9-10 about a vast multitude from every nation, tribe, people and language who would stand before God’s throne.

“If we share the same vision, the work will go well,” Chitwood stated. “In order for the vision to be fulfilled, the Gospel must be shared.”

About 350 Koreans serve as IMB missionaries, former Korean Council President David Gill told the attendees, who nearly filled the worship center. “We want to pray for you, my brother,” Gill said to Chitwood. “We know your burden is heavy.”

Dozens of men gathered at the front to lay hands on and pray for Chitwood, and hundreds of individual voices lifted prayers together for three to four minutes in typical Korean fashion throughout the fan-shaped worship center.

Thirty associations affiliated with the Korean Council in the U.S. and Canada, each with at least 12 affiliated churches, provide for fellowship and training throughout the year. The Foreign Mission Board has 56 missionaries in 31 households serving in 20 nations outside North America. Some 1,300 Korean students are enrolled in the SBC’s six seminaries; many study online.

Former Korean Council presidents served as an advisory council during the business sessions. A 2019-2020 budget of $1,112,000 — up from $1,058,600 last year, was passed without discussion. A total of 58 percent of last year’s budget went to Korean Council foreign missions, with 13 percent allocated for home missions.

Executive Director Kang’s report included a plan to provide a webcast seminar each month to better equip Korean pastors in the practical work of the ministry, as well as increase the visibility of Korean Southern Baptist churches across the nation, Kang explained. He also intends to work with LifeWay Christian Resources to produce Korean curricula, books and related materials.

“Twenty-five small-church pastors are being supported by the Korean Council’s pension plan through GuideStone [Financial Resources],” Kang continued in his report, as translated for Baptist Press by Kyung Won Song, pastor of Korean Baptist Church in Binghamton, N.Y.

Of great concern is the decrease in the number of Korean Southern Baptist churches, Kang said. There were 35 fewer last year, despite the number that were planted, as a result of church closures.

In old business, a motion to form a Pastoral Coaching Committee was found upon reflection to be in the Home Mission Board’s assignment. There was no new business to come before the council.