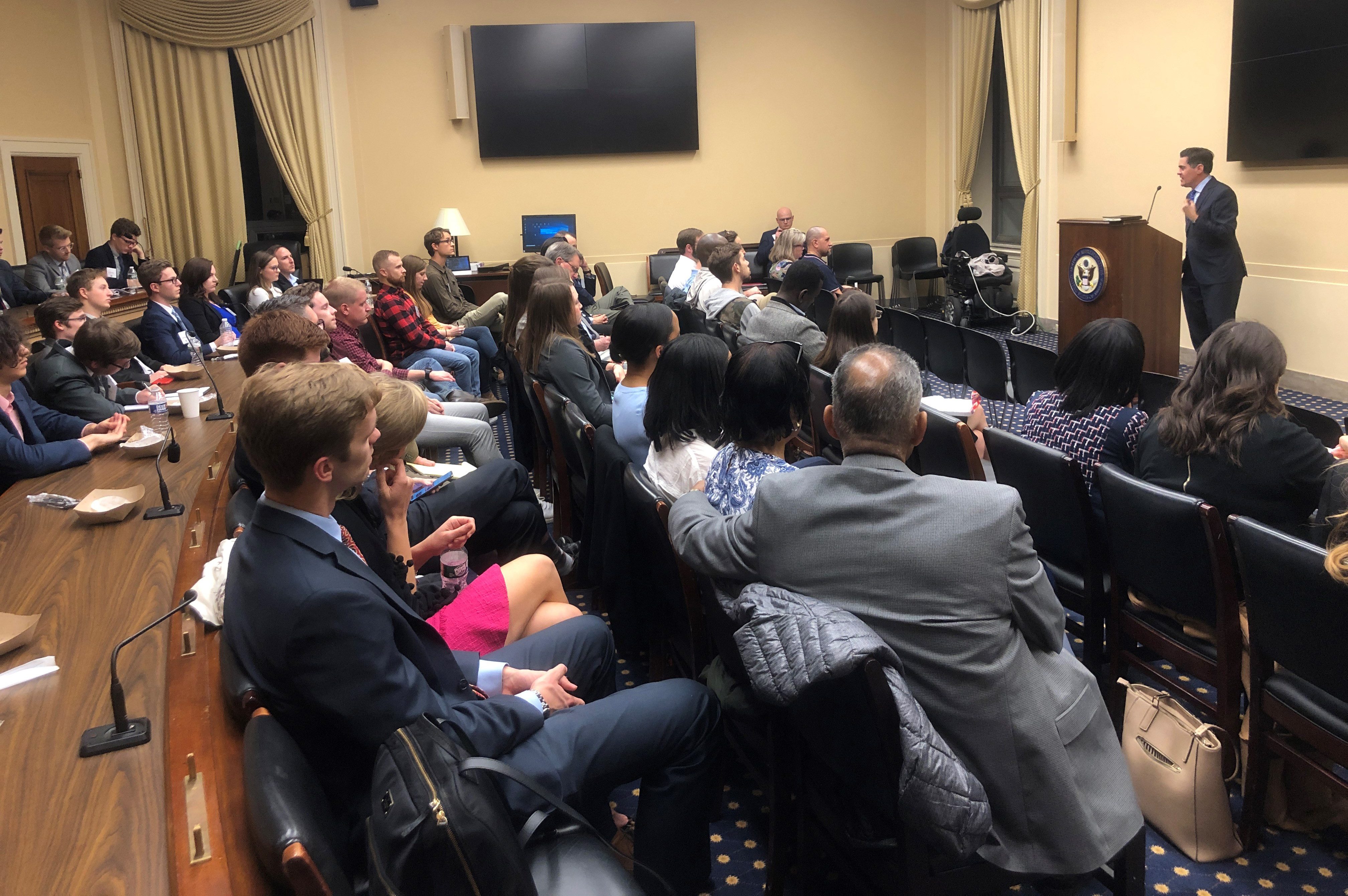 WASHINGTON (BP) — The Kingdom of God is displayed currently not in “dramatic manifestations” but in the church and in the lives of its members with one another, Southern Baptist ethicist Russell Moore told a Capitol Hill audience Monday evening (Oct. 28).

Moore, president of the Ethics & Religious Liberty Commission, spoke on the Kingdom of God in this age during the second of three ERLC Academy sessions this fall in Washington, D.C. The academy seeks to equip the next generation of leaders to apply the Gospel of Jesus to the moral and ethical issues facing the church in society. About 65 people — mostly congressional and administration staff members or Christian college interns — attended the Oct. 28 event at a House of Representatives office building.

The Kingdom of God presently “can’t be seen or verified by the outside world,” Moore told attendees.

What is happening in “real-life congregations made up of irritating, sinful, aggravating, annoying people … is a preview of what the Kingdom of God is to be like,” Moore said while basing his presentation on Matthew 11:1-15.

[W]hat the Kingdom ultimately means is that you are dead,” he said. “If you’re in Christ, you are dead. You’re crucified with Christ, which is good news because you don’t have anything left to lose.

When a person trusts in Christ, “what happens to that person is that he or she is joined to Jesus and then enters into the life that Jesus has, which is life in the Kingdom of God,” Moore said. “So you are legally joined to Christ, but it’s not just legal. It’s also a lived reality, where the life of Christ starts to be expressed in your own life.

“What the Kingdom of God is doing is invading you, and you are living through a life of cross-bearing and of having all of those parts of you purged away,” he told attendees. “You are being purged from all of those things that don’t make you fit to rule and to reign with Christ. And so that’s going to look like in your life a profound struggle.”

An audience member asked Moore during a question-and-answer period for some practical ways to live out the Kingdom of God without reverting to isolationism or triumphalism.

Moore encouraged him to continually seek “for the life of Christ to be manifest in your own attitudes and actions, which means noticing when they’re not.”