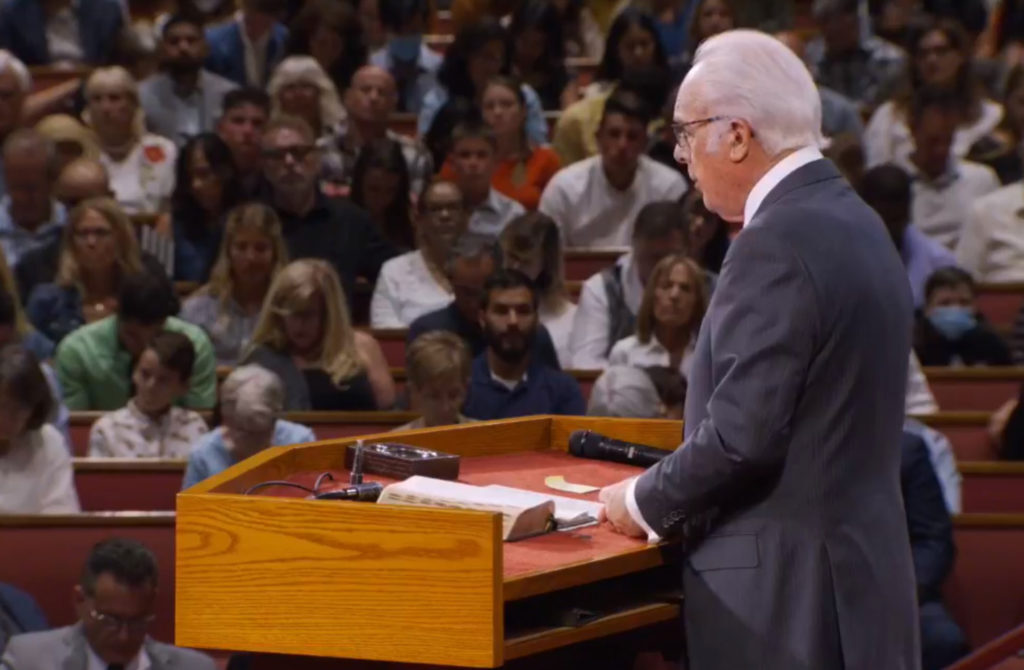 A California Superior Court judge ruled Friday (Aug. 14) the megachurch, pastored by John MacArthur, could continue to hold in-person services indoors, but required face coverings and social distancing. But a day later, the California Court of Appeal issued a stay of the lower court’s order, allowing a Los Angeles County health order to remain in effect.

Grace Community Church met anyway – inside, unmasked, and without adhering to social distancing. MacArthur noted the church’s defiance during the service, saying, “the good news is that you’re here, you’re not distancing, and you’re not wearing masks.” The congregation cheered in response.

MacArthur and his church had been meeting for weeks with no social distancing or masks. The church’s elders and the pastor have insisted the government has no authority to regulate their worship services.

Los Angeles County health officials had sought a temporary restraining order barring the church from violating health orders that ban large indoor meetings and singing during meetings. The health orders were issued in an attempt to prevent the spread of COVID-19.

The Superior Court judge granted part of the restraining order request and denied part of it, allowing the church to meet indoors, as long as they posted the judge’s order. County health officials were also to be allowed on the church property to verify that the order was being complied with.

But Saturday (Aug. 15), the California Court of Appeal issued the stay of the lower court’s order.

After the ruling by the Superior Court Judge, MacArthur told Fox News in a statement he was “grateful the court has allowed us to meet inside and we are happy for a few weeks to comply and respect what the judge has asked of us because he is allowing us to meet. This vindicates our desire to stay open and serve our people. This also gives us an opportunity to show that we are not trying to be rebellious or unreasonable, but that we will stand firm to protect our church against unreasonable, unconstitutional restrictions.”

The church had filed suit Aug. 12, saying the state’s restrictions on large group meetings and singing restricted its religious freedom. County officials then sued the church, seeking an injunction to require the church to comply with COVID-19 restrictions — including barring large group indoor worship and requiring social distancing at outdoor worship.

Grace Community Church initially complied with state restrictions but reopened its doors to several thousand worshipers in late July. Church leaders say that meeting and singing hymns together in person are commanded in the Bible.

“It is time for California to recognize that disfavored religious minorities are not second-class citizens,” states the church’s lawsuit, which was filed in the Superior Court of the State of California County of Los Angeles. “It is time for California to explain how it can justify banning worship to prevent the spread of a disease (with an overall mortality rate of 0.02%) while it is fine for protestors to spread that disease like wildfire.”