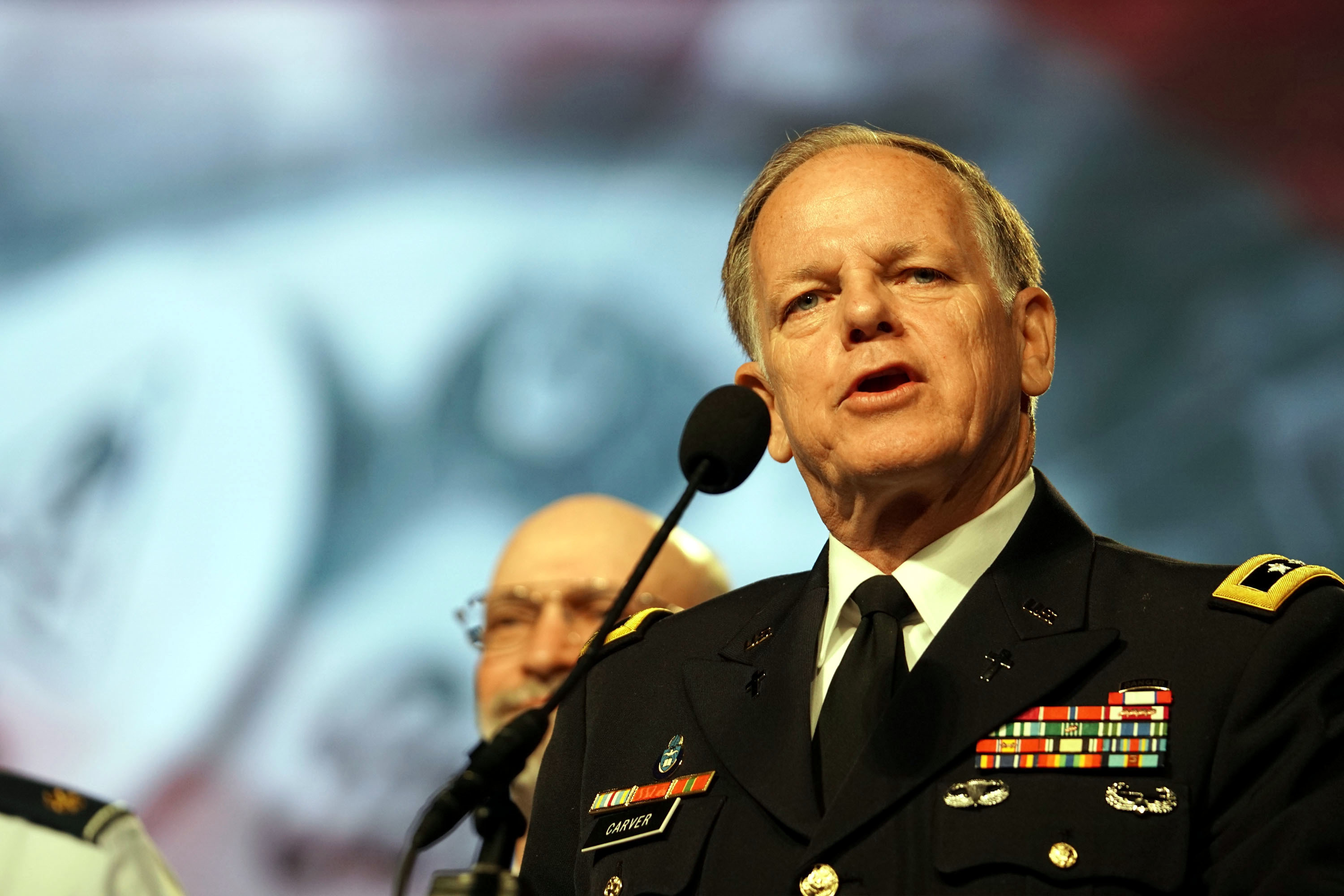 PHOENIX (BP) — One hundred years ago 5,543 registered messengers gathered in New Orleans for the 62nd session of the Southern Baptist Convention. A month earlier President Woodrow Wilson had declared war on Germany for violating its pledge to suspend unrestricted submarine warfare in the North Atlantic and the Mediterranean, as well as its attempts to entice Mexico into an alliance against the United States.

Our nation immediately began drafting all able-bodied young men between the ages of 18 and 31 into the military. Over 25 percent of this age group, 4.7 million Americans, would be called up to serve in World War I, a global conflict that took the lives of 11 million military personnel and 7 million civilians. More than 107,000 U.S. troops lost their lives in this “war to end all wars,” including 23 military chaplains. One of those chaplains was a Southern Baptist from Salemburg, N.C., Auremas T. Howard.

The 1917 SBC was the first gathering of any religious group following America’s entry into World War I. Prayer was a prevailing theme of the convention. Messengers were encouraged to pray for the commander in chief, our national leaders and members of the Armed Services who would be required to make grave and costly decisions. They were reminded of how a world war would profoundly affect the economic and industrial base of America as well as its costly and immeasurable impact on our churches and local communities. The call for prayer would heighten in the spring of 1918 when an influenza epidemic began that would sweep the world, killing an estimated 50 million people.

R.H. Pitt, editor of Virginia’s state paper, The Religious Herald, said, “In these testing times … Southern Baptists … cannot afford to be dumb or indifferent. The seriousness of our situation must not be ignored. No one can forecast the duration of the struggle or estimate the sacrifices which the country will be called upon to make.

“Facing the stern and terrible realities of war, men will turn their thoughts instinctively and inevitably to God,” Pitt noted. “There will be opportunities in the military training camps and in the trenches of Europe and in our communities for bringing people to Jesus such as we have never known.”

E.Y. Mullins, president of Southern Baptist Theological Seminary, said that the best way to support our troops during the war was to strengthen their moral and spiritual life through the preaching of the Gospel, especially to those young men from Baptist homes and Baptist churches who were laying their lives on the altar of their country.

In the world’s most trying hour, Southern Baptists stood firmly in support of our national leaders and our armed services. Southern Baptists directed that we put “strong, devout, and consecrated pastors” into the military as chaplains and made every effort to take the Gospel to our troops as they mobilized, trained and deployed for combat.

Today, 100 years after America’s entry into World War I, we face another challenging hour filled with anxiety and uncertainty that most certainly requires the unfailing support of our armed services. For such a time as this, our troops and their families need our daily and constant prayers.

We enter into a sacred trust with our troops the moment they put on the uniform. When they raise their right hands and take the oath of enlistment, our troops swear to support and defend America against all enemies, foreign and domestic, knowing they may, at some point, have to stand in harm’s way, daily, through exhaustive heat and numbing cold, under almost 80 pounds of body armor and equipment, against a tough, often barbaric, enemy, never knowing as they go outside the forward operating base whether they’ll be greeted with a smile or a suicide vest.

The continued sacrifices of our soldiers, sailors, airmen, marines and coast guardsmen allow us to meet freely in our churches and share the Gospel in our communities. They have made it possible for us to live safe and secure lives, pursue our dreams and exercise our religious liberty.

The sacred trust with our troops was forged in the hardships endured by our American military from Lexington to Yorktown, the bloody Civil War battles at Bull Run and Gettysburg, the trench warfare faced by our doughboys and marines in France and Belgium, the deadly assaults launched by our troops on the beaches at Normandy, the heroic stand of our soldiers and marines east of the Chosin reservoir in Korea, and the jungle warfare our troops waged against an almost invisible enemy in Vietnam.

It’s a trust paid for in the blood, sweat and tears of over 1 million Americans who’ve given their lives in all wars, including the almost 7,000 killed in action in Iraq and Afghanistan over the last 16 years.

Let us pause and remember that a Marine is risking his life for us advising Afghan soldiers in the Helmand Province … a soldier is training Iraqi Security Forces in Mosul; an airman is flying critical supplies to our troops in the Horn of Africa; a sailor is far from home, somewhere in the Pacific Ocean, protecting the freedom of the seas. Our troops do this for us; they do this for their country; they do this because, like millions before them, they answered a higher calling, to preserve our freedom and that of other nations.

For such a time as this, let us continue to give thanks to Almighty God for the blessing of liberty. Let us give thanks to and pray for our veterans and their families who have given so much of themselves for the freedoms we enjoy. And let us remain faithful stewards of the freedom we’ve been granted by the men and women who have, through their brave and sacrificial service, kept America the land of the free and the brave.

As we are exhorted by the apostle Paul, “I urge that supplications, prayers, intercessions, and thanksgivings be made for all people, for kings and all who are in high positions, that we may lead a peaceful and quiet life, godly and dignified in every way. This is good, and it is pleasing in the sight of God our Savior” (1 Timothy 2:1-3 ESV).