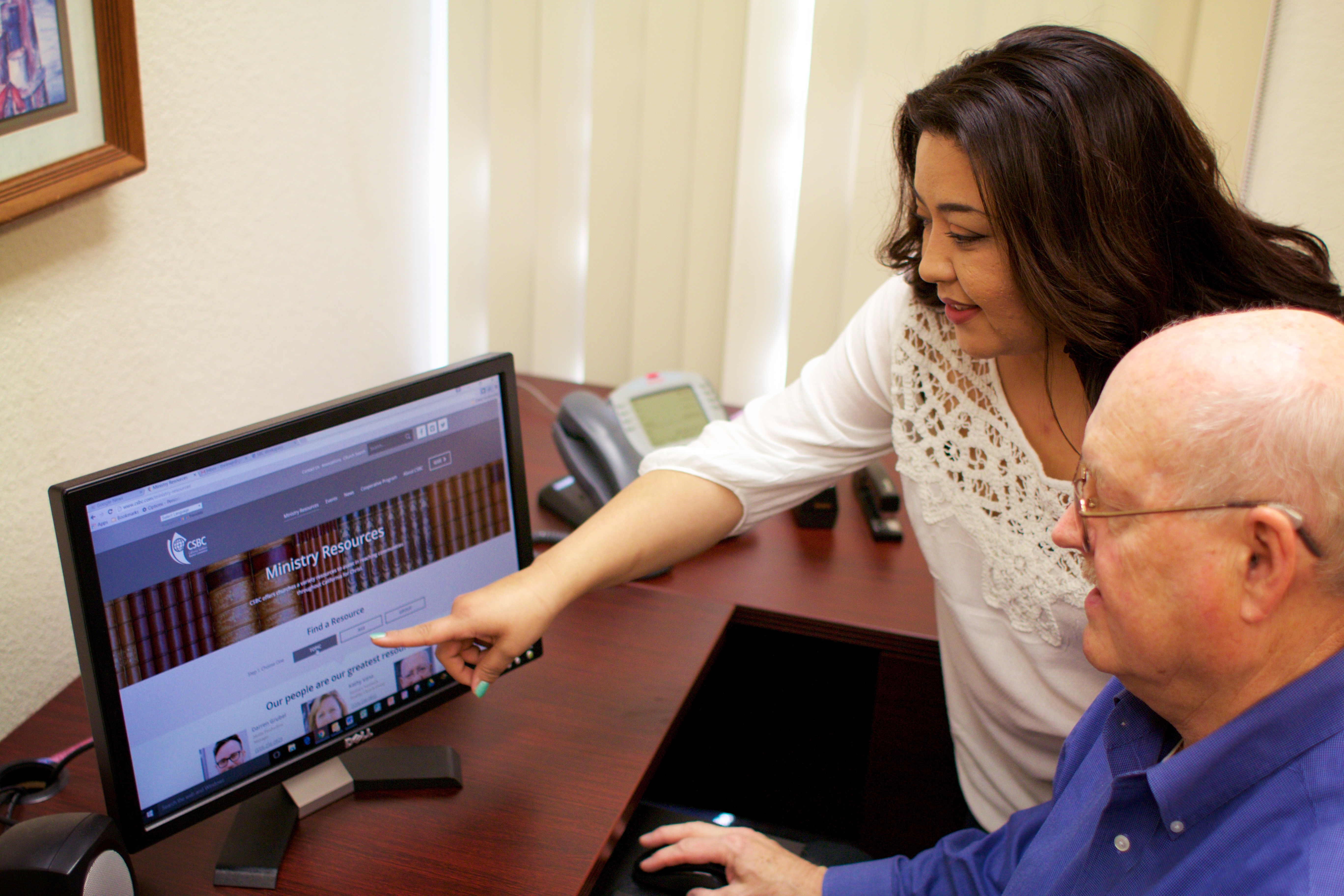 FRESNO — California Southern Baptist Convention has launched a new and improved website, with an updated look and expanded functionality for a better user experience.

“Our previous website was built on technology from at least a decade ago, which was outdated and inflexible by today’s Web design standards. The look and feel of the new site is a dramatic change for CSBC,” Barone said.

The site has a fresh and modern look, which incorporates a subtle color palette and typography, he noted. “This site has a very clean and open feel to it, in contrast to the old site which seemed boxy and cluttered.”

The new site also is “image driven, using many photographs to illustrate resources, events and other subject matter throughout,” Barone said.

“Another great feature is the integration of responsive web design,” which allows optimal viewing and interaction for easy reading and navigation. Barone noted the responsive design allows the user to minimally resize, pan and scroll across a wide range of electronic devices from desktop computers to mobile phones.

One of the other big improvements is larger type.

“We had many constituents comment that the type in the old site was difficult to read,” Barone confessed. “We’ve also attempted to improve the writing of the information to be comprehensive while using lists to delineate information whenever possible. This gives variety to the reader while breaking up large areas of gray type.”

Another feature on the improved site is showcasing the CSBC “team,” which “we believe is one of the greatest resources we have in providing resources and services to our member congregations.”

“This is done throughout the site by highlighting team members related to particular resources or events by displaying their picture and phone number, while having the option to email them directly or read their biographical information.”

Team members include CSBC and Jenness Park staff and North American Mission Board church planting catalysts who work in California. Instead of being separated into Fresno or field staff as in the past, all team members are listed in the same directory.

“Events work in much the same way,” he noted. “They are listed in date order, but users have the ability to search by topic, age, group or month of the event.”

He said the old website wasn’t as efficient at delineating between ministry resources and events.

Many things can be classified as a “ministry resource,” but also are “events.” One example is the Ministers’ Wives Retreat — though it is a resource for women, leadership development and family ministry, it also is an annual event sponsored by the CSBC healthy church group at Jenness Park each spring.

“What we’ve attempted to do is make our ministry resources more broad, fact-based and philosophical in nature while outlining details of the meeting itself for the events section,” Barone explained.

The events pages, he noted, not only give details about the event, but have an interactive Google map for location and directions, and contact information for staff associated with the event. Additionally, the event pages may have a link to registration, and downloads beneficial to potential participants, as well as links to other related sources.

Barone noted that though the church search is still linked to the Southern Baptist Convention application, CSBC is working on ways to “improve search options for CSBC congregations.”

An additional feature on the new site is a home-page “rotator” that can feature as many as five topics related to events or resources. There also is a section on the homepage that features four ministry resources.

The new site includes a translator powered by Google that offers dozens of languages, as well as options to connect with CSBC through facebook, twitter and vimeo.

“The communications team has worked diligently to provide a platform we believe delivers CSBC resources and information to our pastors, staff and church leaders efficiently and effectively,” Barone said.

Check out the new site at www.csbc.com and communicate with staff through the “Contact Us” link at the top of the homepage.