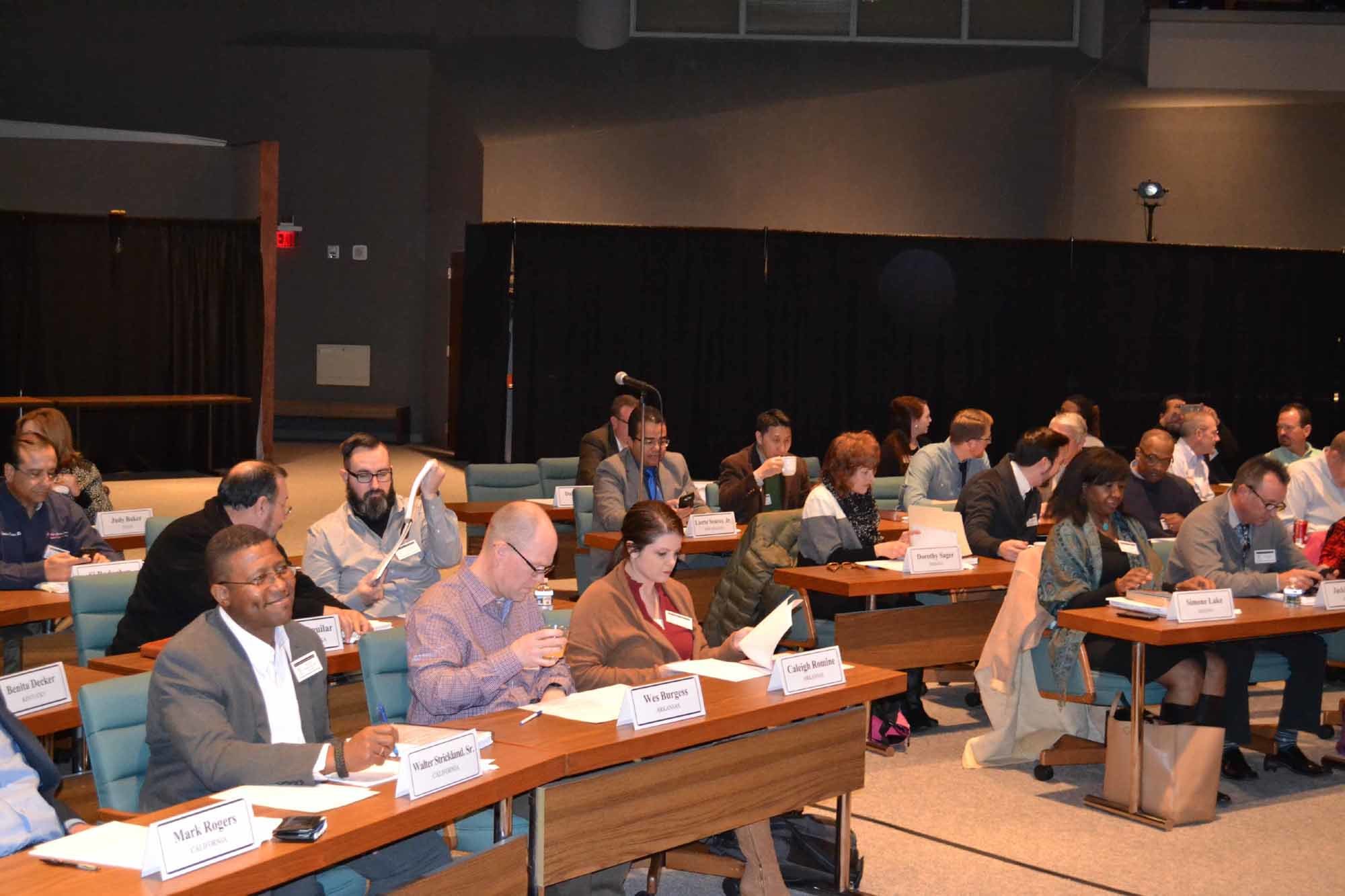 NASHVILLE (BP) — While the Southern Baptist Convention’s Committee on Nominations met this week (March 16-17) in Nashville to discuss potential members of boards and standing committees, a subcommittee of the International Mission Board was embarking on a study of trustee representation from states and territories with decreasing numbers of Southern Baptists.

The SBC Executive Committee has studied representation as well and will recommend an expansion of its membership to the SBC annual meeting in June through a proposed change to SBC Bylaw 18.

In the IMB’s case, the board’s charter indicates that achieving 20,000 Southern Baptist church members qualifies a state or defined territory for trustee representation. When a trustee’s region drops below the 20,000 threshold during his or her term and the threshold is not re-attained, a replacement is not nominated at the end of the term by the SBC’s Committee on Nominations — the body charged with suggesting potential members of the convention’s trustee boards and standing committees.

According to the 2016 SBC Annual, 10 of the convention’s 39 states and defined territories have fewer than 20,000 church members. The reported numbers used for calculating trustee representation each year are drawn from the Annual Church Profile submitted by local congregations.

Committee on Nominations chairman Jim Richards said “proportionate representation is ideal” for the IMB, according to the Southern Baptist TEXAN newsjournal. “Hopefully, an equitable system can be proposed.”

IMB trustee chair Scott Harris told Baptist Press “in two years, there have been three [states or territories] that are losing” their trustee representation — Alaska, Utah-Idaho and the Hawaii-Pacific region.

Some other regions “with multiple seats will lose a seat also,” Harris said, referencing a provision in the IMB’s charter that states and territories obtain one additional trustee for every 250,000 Southern Baptist church members.

“We’re not even saying we necessarily want to modify” the standards for trustee representation, he said. “All we’ve said is: Let’s just take a look at this.”

A change in IMB trustee representation standards — which is permissible under the SBC’s governing documents — would require an amendment to the IMB’s charter that is successively reviewed and approved by the IMB’s full board, the Executive Committee and the SBC.

Texas IMB trustee David Fleming, who serves on the ad hoc study committee, told the TEXAN, “We certainly respect the guidelines but have concerns about churches and state conventions not having a voice on the IMB. The officers would like to have a subcommittee study the issue and bring any recommendations back to the board.”

The EC and other entities

The Executive Committee will recommend at the SBC annual meeting that four areas be granted EC representation even though they currently have too few church members to apply for EC representation under the provisions of SBC Bylaw 30.

The recommendation would amend SBC Bylaw 18 to list the Dakotas, Iowa, Minnesota-Wisconsin and Montana as each being entitled to a single representative on the Executive Committee despite their inability to qualify for EC representation. All other states and defined territories have EC representation.

The EC discussed expanding representation from small states and territories at two previous meetings before adopting the recommendation in September by approximately a three-to-one majority.

Among questions raised by EC members during discussions:

Individual entities may, with EC and SBC review and approval, set alternate standards for trustee representation to those imposed by Bylaw 30, and some have done so.