If Alaska is on your mind to serve as a pastor …. – California Southern Baptist Convention
Skip to content 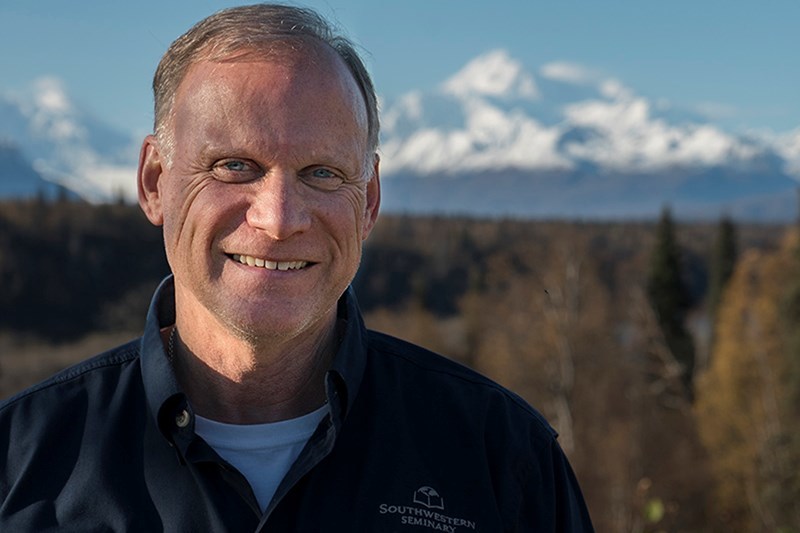 If Alaska is on your mind to serve as a pastor ….

Scott, who has been in a remote area of Alaska since 2009 as pastor of Dillingham Bible Fellowship, moved to the state because “it’s a place that prefers function to form, and that’s a fairly good description of me too. I am here because there are too few presently serving Christ in rural Alaska.”

While there are “innumerable rewards” in serving in Alaska, the challenges must not be underestimated, Scott said.

As a pastor in the bush, he has been called upon to serve as a mortician and a grave digger. “Until you dig a 6-foot hole in frozen ground, you haven’t faced adversity.”

But being fitted for a ministry task and then accomplishing it is fulfilling, Scott said. “Progress has come slowly, but it is rewarding to have seen progress at all.”

Mark Goodman, pastor of Rabbit Creek Church in Anchorage, grew up in the Dallas/Fort Worth area and graduated from Baylor University — yet Alaska has been his mission field for 16 years.

“Pastoring in Alaska requires an openness to adjustments,” Goodman told BP, acknowledging that the winters are “long, cold and dark. The distance is quite far from the lower 48, requiring expensive travel to visit family and friends. The population is highly transient, so one has to expect the relocation of friends to other states.”

But he “absolutely loves serving in Alaska.”

“Much reward exists when men, women and children choose to follow Jesus, especially since most Alaskans are not Christian and are unchurched. While the transient nature of Alaska tends to allow for shortened stays for newly-made friends, it also leads to the opportunity to meet new people on a regular basis, offering regular ministry opportunities,” Goodman said.

“The Alaskan people are friendly. It is rewarding to see God’s beautiful creation: mountains, oceans, moose, brown and black bears, salmon, halibut, Dall sheep and much more. The nearly-all-day-and-night sunshine summers are quite a treat.”

Randy Covington, executive director of the Alaska Baptist Convention, concurs that Alaska requires an adventuresome spirit in a sportsman’s paradise.

“Summers are short but beautiful, and the daylight hours are long, which is conducive to getting out of doors and enjoying the beauty. On the flipside, winters are long, the days are short with little sunshine and the cold temperatures force people to remain indoors most of the time,” said Covington, who grew up in Alaska.

“Usually the men adjust well to the conditions, but wives and children find it much harder. Eventually everyone begins to feel the isolation and distance from family in the lower 48.”

The pastors and their families who remain “are motivated by the commitment to the call to serve the Lord regardless of the harsh and difficult circumstances,” Covington said.

In the course of a year, Covington receives up to 30 resumes from pastoral candidates in southern states, but only two or three ever make it to Alaska, the nation’s largest and most sparsely populated state.

Churches in Alaska are “doubtful about calling a pastor from the South to serve in Alaska,” Covington said. “Most of them have seen many pastors come and go with very short tenures. Their search usually begins within the state, but qualified candidates in-state are pretty rare.”

There are ways to cope with the long winters, said Goodman, who is married with three children. Before he moved to Alaska, a friend advised him to join a gym.

“Those were wise words,” he said. “Anyone moving to Alaska needs to stay physically active and commit to a healthy lifestyle. Those commitments help individuals cope with dark winter days.”

Scott sees a high level of spiritual apathy among Alaskans, and few areas of the United States value social isolation as much as Alaska. Difficulty in outreach is “easily the most mentioned challenge in my conversations with pastors across the state,” he said.

In bush communities such the one Scott serves, the cost of living is significant because of the freight cost for every item consumed. Dillingham is a hub community served by barges from June to September, “which is fortunate,” Scott said. “Otherwise, all items are delivered air-freight and the cost is approximately $1 per pound to Dillingham from Anchorage.”

If a person is considering moving to rural Alaska to pastor, it’s almost essential that he is open to being a handyman, Scott said, noting, “Repairing and maintaining normal items falls mostly to the owner. It is simply not possible to call a plumber, electrician, mechanic or carpenter.”

Some rural parts of Alaska can be violent, Scott said. His region suffers from physical and sexual assault, narcotic drug use, alcohol and suicide, but the violence is “altogether perpetrated among family and friends,” so he and his wife and daughter feel safe in their community.

Covington said the state convention has three communities in southeast Alaska — places like Juneau, Petersburg and Sitka — with established churches that are searching for a pastor.

“These cities are remote and are not on the main road system. You can only reach them by boat or plane,” Covington said. “They can only afford a bi-vocational pastor, but job possibilities are very limited, especially if the candidate doesn’t have a marketable skill or vocational training.”

Alaskans are open to hearing a Gospel witness, Covington said, recounting a time when he was browsing in a family-owned gun shop.

“The wife approached me and recognized me from the local church. She said she wanted to talk more about getting involved in church. Later, I visited her at home and shared the Gospel with her, and she prayed to receive Jesus Christ as her Lord,” Covington said. “She was baptized and began attending regularly when her husband admitted he had become a Christian at an early age, but had not been walking closely with the Lord.

“When he saw her commitment, he was challenged to get his relationship with the Lord right. He had a reputation for sharing amazing hunting and fishing stories with colorful language to customers who frequented their store,” Covington said. “He immediately knew he couldn’t do that anymore, but realized the need to share about his faith. He even began hanging verses of Scripture throughout his store, not the least concerned that he might be alienating these rugged sportsmen.

“Rather than alienating them, he discovered that they wanted to know why he had changed so drastically. He became a strong witness and eventually began serving as a deacon in our church. He was a man’s man but earned the respect of believers and nonbelievers alike. In time, his son and daughter and their spouses became followers of Christ and now their grandchildren are getting involved in international missions.”