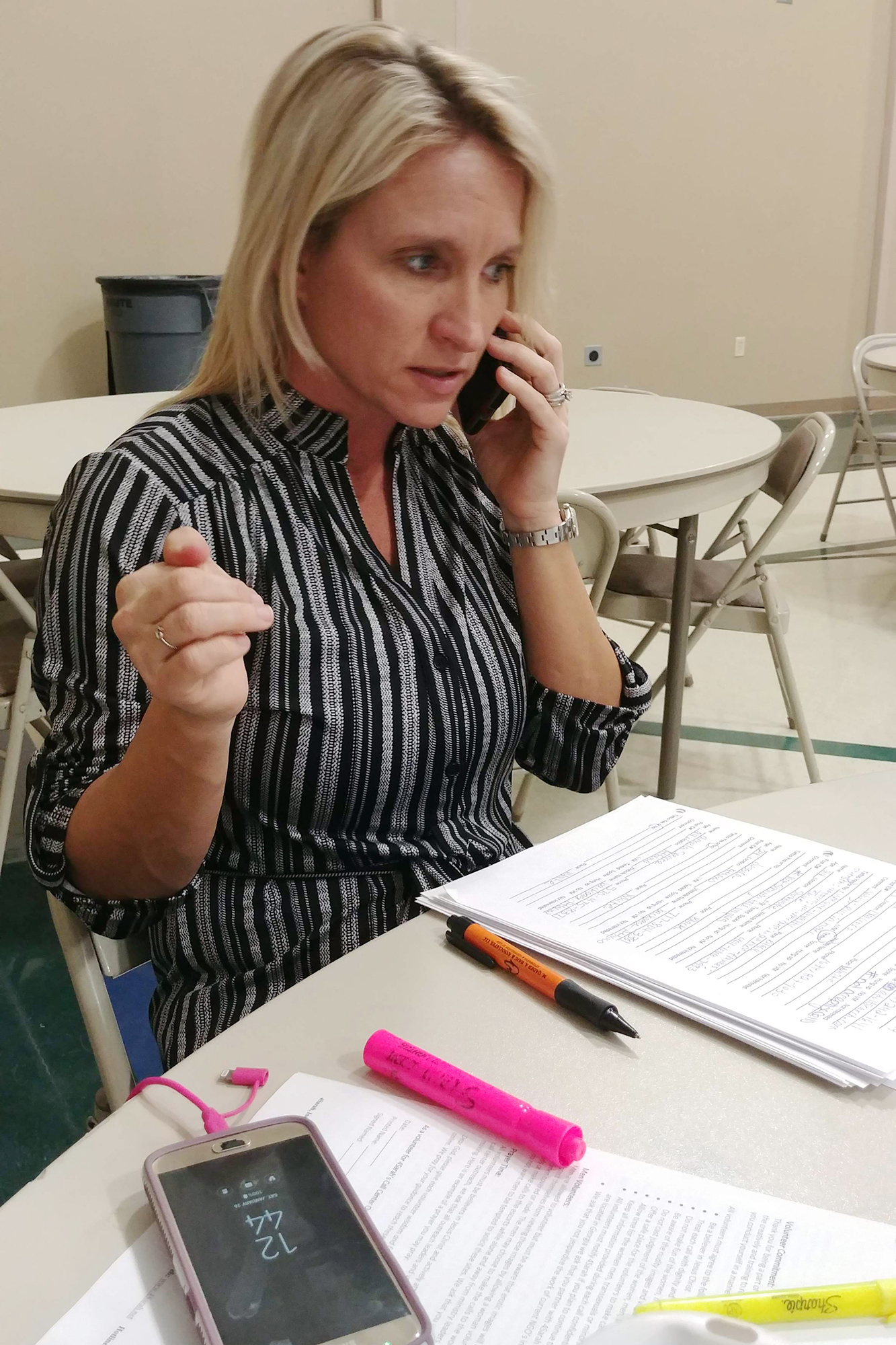 ATLANTA (BP) — When Heather Havard was a freshman in high school, she heard the song “27 Million” by worship leader Matt Redman about the number of slaves in the world.

She was moved enough to begin doing her own research and taking measures to fight human trafficking. This weekend, she’s leading a group of 10 people, most of them students at Sam Houston State University, where Havard is now a sophomore, to Atlanta to raise awareness during the Super Bowl about the problem of human trafficking.

“The Super Bowl is the number one event every year where human trafficking rates skyrocket,” said Havard, a member of University Heights Baptist Church in Huntsville, Texas. “Traffickers will come from all over the country, and some from places all over the world. They’ll rent out whole hotel floors. Sometimes you’ll find that entire hotels are rented out by traffickers.”

Havard and her fellow students will walk around Mercedes-Benz Stadium in Atlanta on Sunday handing out literature about human trafficking. They’ll also make rounds in parking lots to leave literature on vehicles. Havard said it’s important for people to know that as of 2018, there were more than 40 million human trafficking slaves in the world. In the state of Texas alone, 78,000 children and infants are being sexually exploited.

Havard’s group is just one of many anti-human-trafficking organizations that are mobilizing during Super Bowl activities in Atlanta. Kasey McClure, founder of the organization 4Sarah, said the Super Bowl city is a prime target for human trafficking.

“The Super Bowl draws men, and when it draws men, usually there comes money,” McClure said, and “that, unfortunately, draws women.”

Women in the sex industry — and the men who exploit them — see the Super Bowl as an opportunity to make money, McClure said. Sometimes pimps will bring girls to the host Super Bowl city and make them work online or walk the streets. Many of these girls are underage.

McClure and volunteers she recruited spent Jan. 25-26 at First Baptist Church in Conyers, Ga., which served as a call center. Volunteers combed through online personal ads of women offering themselves for sexual services and documented the information they gleaned from the various ads. McClure then made phone calls to the women, offering them resources to help them get out of the industry.

“I saw your ad online,” McClure said when calls were answered. “I’m not with law enforcement. I’m calling today to offer you some encouragement. I’d like to text you a link where you can find some information about leaving the sex industry.”

Many times the women hung up. But some expressed a willingness to receive the information McClure provided. McClure and the volunteers tried to identify minors especially so they could pass their information along to law enforcement.

Becky Wilson, the communications director and pastor’s assistant at First Baptist in Conyers, said the church wanted to be involved because members saw the great need. 4Sarah is based in Conyers, and though McClure attends a different church, she has partnered with First Baptist Church in her efforts.

The church has provided McClure with a house that 4Sarah uses as a safe house for pregnant women and those coming out of the sex industry. Women can stay there up to 60 days and get medical care and counseling.

Shawn Wood, the student ministry assistant at First Baptist in Conyers, volunteered at the call center on Friday and has done other volunteer work with 4Sarah previously. She said she encountered one ad from a girl who looked like she was 12 years old.

“It’s always shocking to see how young the girls are,” Wood said.

She remembers one call that McClure made that went unanswered. McClure texted the number and told why she was calling. Later in the afternoon, the girl called back and said she was interested in the information McClure was offering.

“That doesn’t happen every time we call, but when those times happen, it’s worth it,” Wood said.

For Wood, her work to combat human trafficking flows from her heart for teenagers specifically.

“Slavery still exists,” she said. “All of those girls are in this situation because of something that has happened in their life in the past. No little girl grows up and says, ‘I want to be a prostitute when I grow up.’

“Christ brings us freedom, so to offer that freedom in Christ to them is something that I’m passionate about.”