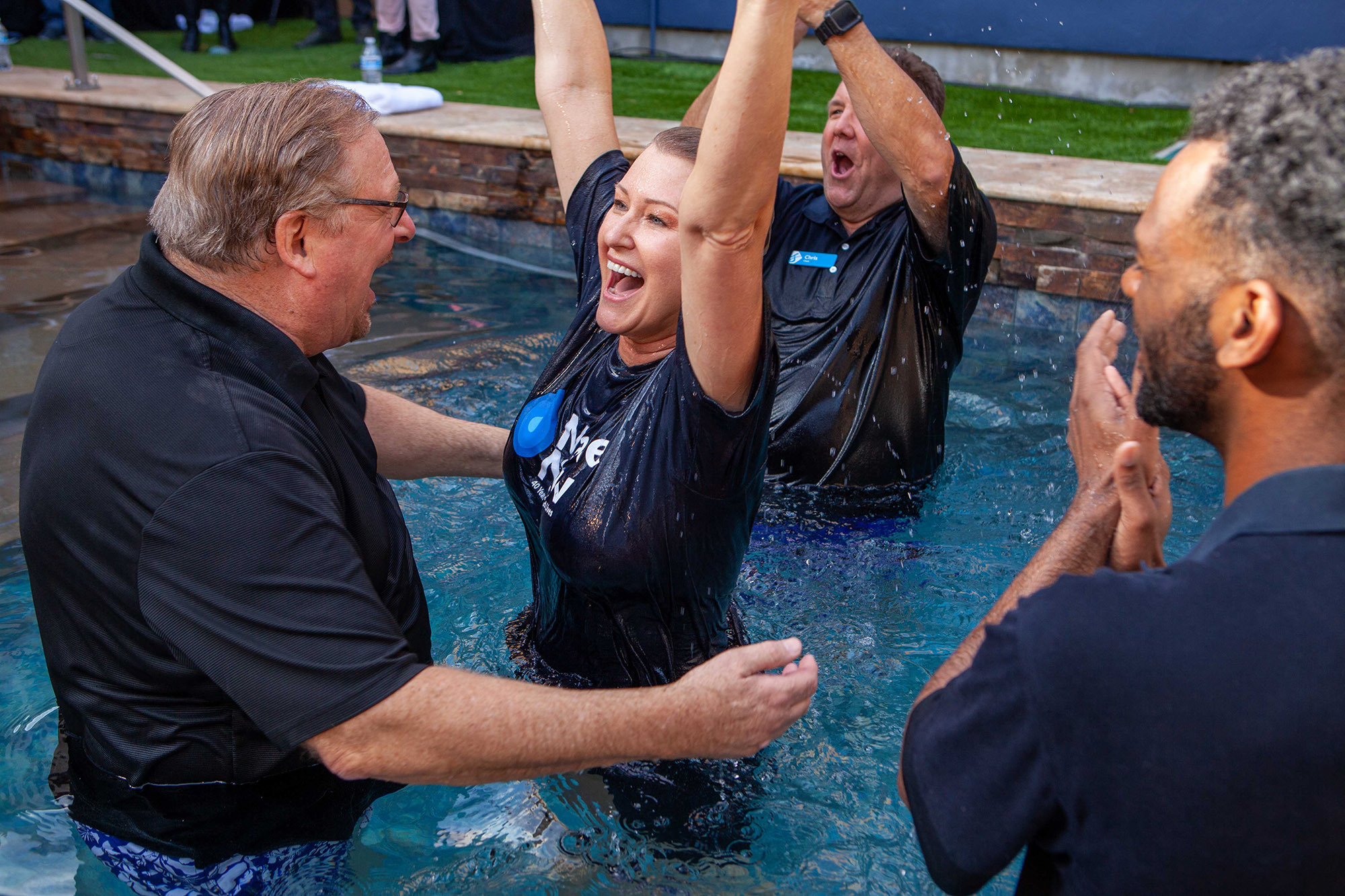 LAKE FOREST (BP) — Lee and Cynthia Hensler had mostly left behind their religious background when they moved from New York to Southern California in the 1970s. They occasionally visited churches for Christmas and Easter. When friends invited them to join them for a service, they usually declined so they wouldn’t hurt feelings when they didn’t return the next week.

But that changed when Lee and Cynthia had their first child, a daughter, in 1979.

“We started thinking — we were raised in church, and we turned out OK,” Cynthia said. “We should do the same for her.”

In the spring of 1980, the couple received a letter from Rick and Kay Warren, two 20-somethings starting a new church in south Orange County, inviting them to join them for the church’s first service on Easter. Cynthia was going out of town for the weekend but decided to call Rick Warren to learn more about the church and discovered it was meeting at the high school where her husband taught. To her surprise, Lee visited the church without her on Easter — and loved it.

A month later, the couple committed their lives to Christ at Saddleback Valley Community Church. The decision changed their lives forever. In the last four decades, both have served the church faithfully. Cynthia worked on staff at Saddleback (and two other churches). Lee served on mission trips around the world and became a leader in the church’s men’s Bible studies. Their daughter, Courtney, met her husband in the church’s college ministry and now serves on staff as well.

“We were good people, leading a good life,” Cynthia said. “But we didn’t know the Lord. We had no idea why we were on earth. It gave our daughter a wonderful foundation, an anchor. God has done wonderful things in our lives through the church.”

Lee and Cynthia aren’t alone. This month Saddleback celebrates 40 years of ministry in Southern California and around the world. When the church officially launched on Easter Sunday in 1980, it reached many people like the Henslers — middle to upper-middle-class Baby Boomers who had ditched organized religion. Most early church members accepted Christ and were baptized at the church.

Last weekend, Saddleback marked its anniversary with its most unusual Easter celebration yet. Like most other churches throughout the country, they held an online worship service. Warren preached a sermon called “Expecting a Resurrection When Life Falls Apart.” In February, the church had a day-long celebration near the anniversary of the start of the home Bible study that later became Saddleback Church.

During a preview service the week before the first official service in 1980, a 26-year-old Warren laid out an ambitious vision to share the Gospel with hundreds of thousands of Orange County residents, have 20,000 members and sit on a campus of 50 acres. At the time, the vision seemed almost unthinkable — yet Warren made a 40-year commitment that day to see the vision through.

As it celebrates 40 years of ministry this month, Saddleback Church is one of the largest Southern Baptist churches in the United States. According to the Orange County Register last year, the church averages 30,000 attendees and 7,000 small groups. The church also has 17 campuses around the world, including international campuses in Germany, Argentina, Hong Kong and the Philippines.

In 2010, Saddleback announced the church had sent mission teams to every nation in the world. In 1991, the church started its Celebrate Recovery ministry, which is now used in 35,000 churches around the world. Warren has also trained hundreds of thousands of pastors in his Purpose Driven Church ministry model.

Yet Tom Holladay, a senior teaching pastor at the church, says those numbers aren’t the headline of the last 40 years.

“I think it’s the 53,000 baptisms,” said Holladay, who is Warren’s brother-in-law and joined the church’s pastoral staff in 1991. “I think it’s all the people who came to Christ. Because many, many were adults when they came to Christ. … To me, it’s those life-change stories.”

Warren’s story of starting Saddleback has become something of a legend among pastors thanks to the account in his book, “The Purpose Driven Church.” Warren is a fourth-generation pastor and grew up as the son of a Southern Baptist director of missions in northern California. During his final year at Southwestern Baptist Theological Seminary in Fort Worth, Texas, Warren studied the 100 largest churches in the United States with the help of longtime evangelism professor Roy Fish.

Through that research, Warren discovered that large, growing churches had long-tenured pastors. He then committed to spending his life at a single location. After much prayer, God led him and his wife Kay to choose Orange County, Calif., the fastest-growing county in the country during the 1970s, from among several locations in the western United States. The couple arrived in the community in January 1980 with little money but a plan to start a new church in just a few months.

The church grew quickly — and caught the attention of the California Southern Baptist, the state’s Baptist newspaper and Missions U.S.A., the magazine of the Home Mission Board (now NAMB).

“The church had 200 people the first week,” Holladay said. “I think a lot of people look at that now and they know a lot of churches that has happened to. But at that time, that was unheard of. It wasn’t just me, but it was a lot of people all over California who had known Rick for years because he’d done revivals in their churches and because of his dad. From the first day, there was excitement about what was happening.”

The congregation grew so quickly that by the end of the first year, Warren found himself worn out and wanting to quit. Through what Warren calls his “desert experience,” he made a realization that wouldn’t just change the history of Saddleback but would impact churches around the world. Warren says during that time God told him if he would focus on building people, God would build the church.

While Saddleback focused on reaching unchurched people with the Gospel, the church developed what they called the Purpose Driven Church model of ministry to build and disciple people. Using a series of on-campus classes, the church moved people deeper into what Warren called the five purposes of the church — worship, discipleship, fellowship, ministry, and evangelism — through a series of simple commitments.

“Saddleback Church provided an alternative to the seeker-sensitive movement for those who wanted to reach the unchurched,” said Jim Wilson, the director of the doctoral ministry program at Gateway Seminary in Ontario, Calif. “They showed what ‘neighbor love’ looked like by designing a worship experience for the unchurched that did not treat them like spectators. One of the key differences in the Saddleback approach and the seeker-sensitive approach was that Saddleback wanted to get those they were reaching involved in ministry as soon as possible. People were not consumers that needed to be catered to but were future co-ministers.”

Throughout the church’s 40 years, Saddleback taught those ministry-equipping principles to thousands of other churches, including many Southern Baptist ones. As the church looks toward the future, those biblical purposes remain at the forefront of the church’s vision.

“We don’t want to keep using the same methods,” Holladay said. “We’ve changed methods many times, but the purposes never change. Those purposes are the future of Saddleback — the ability to help people in a simple process to walk through how to come to Christ, become a member, find a ministry, find a life mission in the world, in order to glorify God’s name. Knowing that’s what we’re going to do next year gives real strength to the church. We’re not trying to come up with some new idea. We’re trying to go back to how we do the five basic purposes in new ways to reach this generation.”