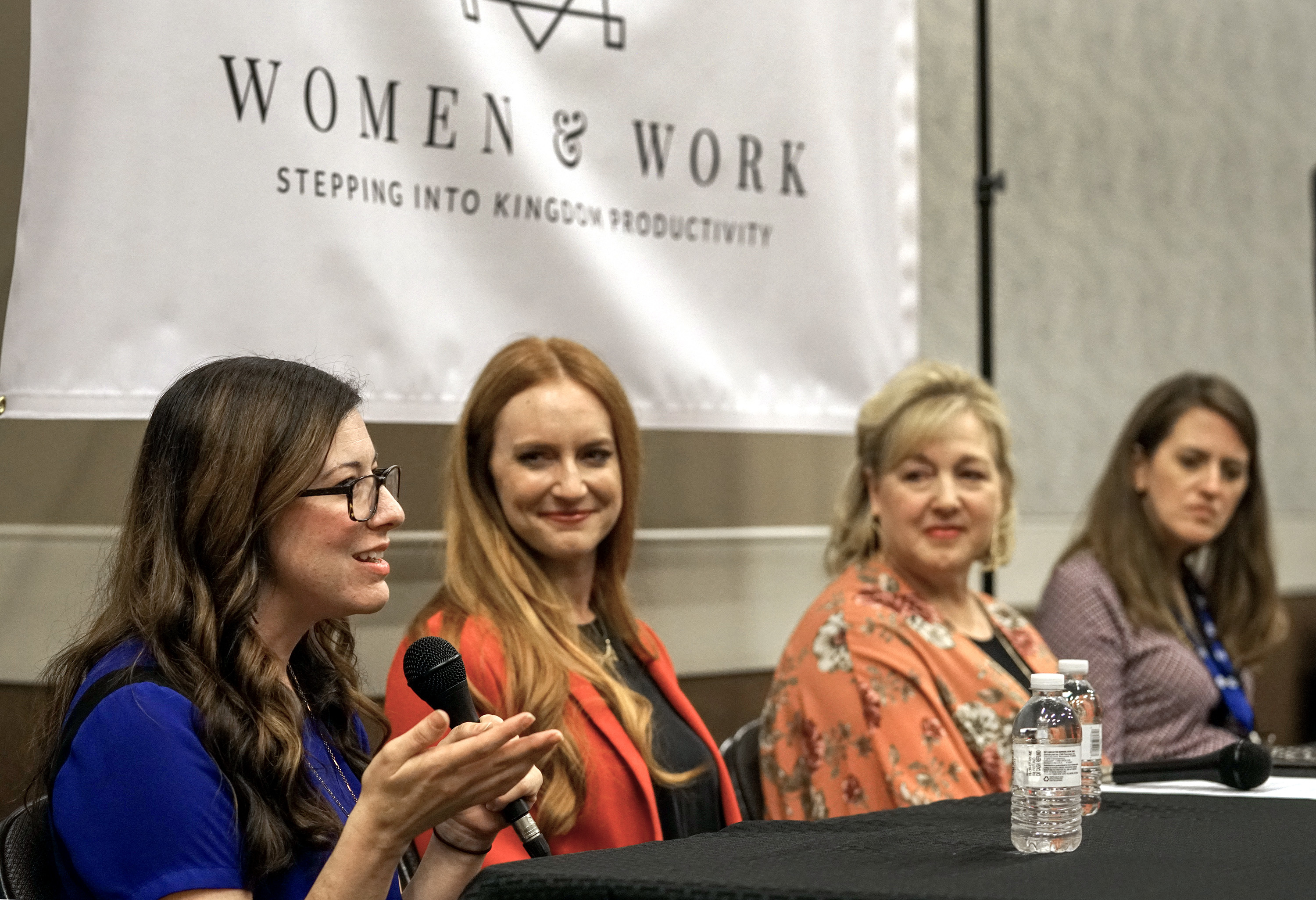 DALLAS (BP) — Women’s roles in the workplace was the subject of the panel “Women & Work: Stepping into Kingdom Productivity,” June 12 in Dallas in conjunction with the 2018 Southern Baptist Convention Annual Meeting.

Courtney L. Moore, a Southern Baptist pastor’s wife, contract writer, and mother of three, moderated the panel sponsored by Women & Work, a nonprofit organization she founded in April to help women flourish in their God-called positions.

“How would you say you’re getting to be a part of building the Kingdom?” Moore asked panelists during the event held at 7 p.m. at the Kay Bailey Hutchison Convention Center. Kingdom building can come through spreading God’s character in secular and ministry positions, Moore said.

Whitfield said that it was important for her to get the big picture of the mission of SEBTS, which is to glorify Christ and fulfill the Great Commission.

“We’re telling the world what this institution values,” Whitfield said.

McAfee addressed the question of how she and her family have integrated faith into Hobby Lobby and the Museum of the Bible, as well as how women can do that in their context.

“In our workplace … we are able to honor God and glorify Him by the way that we do our work,” she said of secular and ministerial work.

Panelists also were asked what they are most passionate about in their work.

For Wiley, it’s the content that she helps produce at LifeWay. “I think the best part of my job is hearing stories of the Lord changing lives through pieces that we’ve gotten to touch,” Wiley said. “There are opportunities that a book has that a person’s feet will never have.”

Panelists addressed views on motherhood and work in various seasons of life. Wiley and her husband are raising two young toddlers.

“Work in this season of motherhood has simply been a constant reevaluation,” she said. Every six months, she and her husband see if the Lord is calling them to stay in the workplace.

King addressed the issue of how women judge each other’s decisions during motherhood.

“I think what I get really upset about is when we start judging each other and we start saying, ‘Well my pathway is your pathway,'” King said.

She encouraged mothers not to make work or children an idol, but to look to the Lord to show them what the best decision is for that season.

“I’ve had to remind myself not to constantly be looking toward the future,” she said. “God has a purpose for this season and we want to make the most of it.”

The conversation closed with the discussion of ambition and how that fits into pursuit in the workplace.

“There was some kind of drive in me that said, ‘I want to be an active part of what I’m doing,'” Whitfield said, recounting how various jobs have expanded her knowledge.

More information on Women & Work is available at womenwork.net.