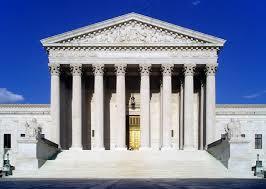 WASHINGTON (BP) — The U.S. Supreme Court set aside Monday (March 6) a ruling in favor of a transgender high school student and returned it to a lower court for reconsideration in light of the Trump administration’s recent withdrawal of a directive issued under President Obama.

The justices issued the order returning the case to the Fourth Circuit Court of Appeals in Richmond, Va., barely three weeks before they were to hear oral arguments in the matter. The arguments were scheduled for March 28. The high court’s one-sentence order came after the Departments of Education and Justice issued a Feb. 22 guidance rescinding Obama administration policy.

The Trump administration action reversed an Obama policy expressed in both 2015 and 2016 that determined the ban on sex discrimination in Title IX of the education amendments of 1972 encompasses gender identity. Trump’s departments said in their Feb. 22 joint statement they would no longer depend upon the Obama administration perspective.

With the change in administration guidance, the Fourth Circuit Court of Appeals will have to weigh its April 2016 decision that the school board of an eastern Virginia county violated federal law by refusing to permit a transgender high school student — who is a female biologically but identifies as a male — to use the boys’ restroom.

Southern Baptist ethicist Russell Moore commended the high court’s action, saying, “Transgender ideology is not something that the state should be enforcing on communities, and especially not on public schools. Children are not pawns of culture war experimentation. I’m glad that the Supreme Court will not be doing such a thing right now.”

The president of the Ethics & Religious Liberty Commission said he hopes the Fourth Circuit “will reverse its previous decision, founded as it was on President Obama’s policy, which has now rightly been rescinded.”

“As it pertains to the church, this debate requires conviction about what the Bible teaches about God’s creation of us as male and female as well as Gospel compassion for all those struggling with their identity,” Moore said in written comments for Baptist Press. “More broadly, I pray that families, churches, schools and communities would be empowered to work through these issues, without the fear of government coercion.”

The ERLC and other religious organizations filed a friend-of-the-court brief in January urging the Supreme Court to reverse the Fourth Circuit opinion.

Ryan Anderson, senior research fellow with the Heritage Foundation, said the Trump administration “deserves much credit for following the law as written despite intense criticism from the LGBT left.”

The Fourth Circuit “should allow local schools to find solutions that benefit everyone’s safety and privacy,” he said in written comments.

“[W]hile this plays out in our courts, we are deeply concerned about the consequences this could have for transgender students, who may not be aware of their rights or be subject to increased discrimination by others who feel emboldened by the Trump Administration’s recent actions,” HRC Legal Director Sarah Warbelow said in a written statement.

The Gloucester County (Va.) school district had provided a separate restroom for the student who brought suit, but she said being forced to use the alternative restroom further stigmatized her. The Obama administration backed her position. She underwent hormone therapy, legally changed her name to a male name — Gavin Grimm — and asked to be treated as a male before her sophomore year of high school in 2014.

About a month after the Fourth Circuit’s 2-1 decision, the Obama administration issued a sweeping directive on transgender rights. Officials with the Departments of Education and Justice told public school districts, as well as colleges and universities, to allow transgender students to use the restrooms and locker rooms of their gender identity. The guidance was not legally binding, but it implied noncompliance could result in the loss of federal aid.

In their friend-of-the-court brief, the ERLC and its allies told the Supreme Court that a refusal to reverse the appeals court opinion in the case “would unleash conflicts over religious liberty resembling the conflicts over same-sex marriage” and could even marginalize people of faith.

The brief said the Obama administration’s interpretation contradicts the belief of their faiths and other religious traditions that “a person’s identity as male or female is created by God and immutable.”

“Not surprisingly, then, interpreting ‘sex’ to include gender identity would create thorny conflicts between federal civil rights law and widely held religious beliefs,” according to the brief.

The brief includes statements of belief on gender from nine different faith perspectives, including the Southern Baptist Convention. The SBC section cites statements from the Baptist Faith and Message, the convention’s confession of faith, and resolutions approved at the annual meeting in 2014 and 2016.

The 2014 SBC resolution “affirm[ed] God’s good design that gender identity is determined by biological sex and not by one’s self-perception.” The resolution “regard[ed] our transgender neighbors as image-bearers of Almighty God and therefore condemn[ed] acts of abuse or bullying committed against them.”

The case is Gloucester County School Board v. G.G.