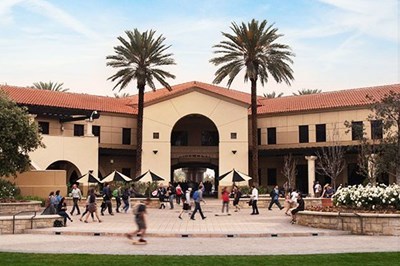 WASHINGTON (BP) – The religious liberty of California Baptist University and other faith-based colleges in the state hang in the balance in the state legislature.

The State Assembly is considering a bill – already approved by the Senate – that Christian and other religious universities and colleges say would eliminate their religious freedom and that of their students. On June 30, SB1146 passed the Assembly Judiciary Committee on a party-line vote, 7 in favor, 2 in opposition, 1 abstaining. The Senate approved the bill in a 26-13 vote May 26. A vote could occur in August.

The legislation, Senate Bill (SB)1146, affects any “postsecondary educational institution that receives, or benefits from, state financial assistance or enrolls students who receive state student financial aid.” The bill would limit a religious exemption in nondiscrimination law to seminaries and other schools that train students for pastoral ministry, theological teaching or another religious vocation.

Ronald Ellis, president of California Baptist University, said the bill in its current form “is overreaching and could create serious challenges for faith-based colleges and universities to fulfill their missions that contribute many positive benefits to students and society.”

The legislation, he said in written comments, “appears to be based on a false and unsupported perception of widespread mistreatment. That perception is simply wrong.”

Action to defeat the bill is needed during the July legislative recess according to the California Family Council, the moral and legislative agency with which California Southern Baptist Convention participates related to moral, religious liberty and legislative issues.

Because of the recess “we’ve really got to work on this bill,” said John Gerardi, CFC legal counsel and communication director. “We have a nice pause in the action and we’ve got to work and oppose it and meet with as many legislators as we can.”

Jonathan Keller, CFC chief executive officer, said it is important for those who “have not yet made your voice heard on this bill … to do so,” adding that more information is available at www.sb1146.info. Those wanting to weigh in by contacting their legislators to oppose the bill should visit www.stop1146.com. He noted the www.stop1146.com site is a free, special advocacy tool allowing a visitor to “input their name and address, find their legislator and send an email with one click.”

Keller encouraged opponents of the bill that it is “important to contact legislators over the break.”

The proposal marks “the biggest threat to Christian higher education in the history of the United States of America,” said Southern Baptist academic leader R. Albert Mohler Jr., president of the Council of Seminary Presidents.

Opponents of the measure – which they say would impact as many as 42 institutions – contend its effect would be to bar Christian and other religious schools from requiring:

– A profession of faith by their students and faculty.

– Policies on restrooms and locker rooms based on biology instead of gender identity.

– Integration of faith in curriculum.

The legislation would not explicitly prohibit such policies but leave institutions exposed to lawsuits for alleged discrimination. It also would require schools to disclose their reasons for claiming a religious exemption under the state’s higher education law to current and prospective students, faculty and employees.

Jeff Iorg, president of Gateway Seminary of the Southern Baptist Convention (formerly Golden Gate Baptist Theological Seminary), confirmed to Baptist Press that the seminary would fall under the bill’s exemptions.

More broadly, religious freedom and other Christian educational leaders are calling for the legislation to be amended or defeated.

“This would mean that the very idea of a Christian liberal arts university or college would come to an end in the state of California,” Mohler said in his June 30 podcast “The Briefing,” adding, “(I)t would be impossible to have a Christian college or university that would offer a Christian worldview education and that would have Christian convictions when it comes to the sexual and other moral issues expected of students and of faculty.

“What we’ve seen in the United States is an erosion of religious liberty in so many respects. But until now, no state has attempted to basically put colleges and universities of Christian conviction out of business.”

CBU continues working with legislators toward a revision it hopes will “achieve a satisfactory outcome that protects the rights of all citizens including those with sincerely held religious beliefs who choose to pursue faith-based education,” Ellis said.

Sen. Ricardo Lara, the bill’s Democratic sponsor, has said he is seeking to protect gay and transgender students from discrimination at private schools. In introducing his legislation in April, he said in a written release, “California has established strong protections for the LGBTQ community and private universities should not be able to use faith as an excuse to discriminate and avoid complying with state laws. No university should have a license to discriminate.”