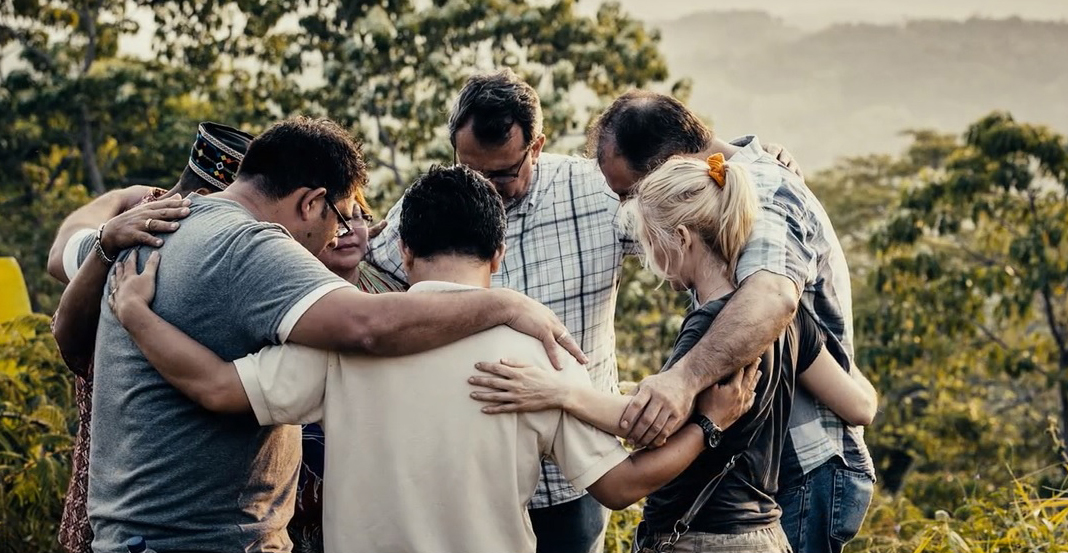 It’s a call for “every Southern Baptist and every Southern Baptist church living up to the high calling of disciple-making, evangelism and missions, biblical stewardship and fervent and effective prayer,” as Frank S. Page, president of the SBC Executive Committee, defines the focus of a growing partnership between state conventions and SBC entities.

Simply put: “We follow Jesus, we love others like Jesus and we tell the world about Jesus,” Page said.

In myriad ways among Southern Baptists, Great Commission Advance is nurturing discussions about Cooperative Program national and international missions and ministries, and other initiatives large and small, to tell the lost about Jesus.

And it relays a key message to missionaries, church planters and pastors in bivocational or traditional settings: “Through the Cooperative Program, we definitely are not alone,” Page said. “That is the theme of this emphasis: We are ‘Not Alone,'” in moving toward the 100th anniversary of the Cooperative Program in 2025.

Contemporary technology and videos are part of the Great Commission Advance initiative alongside the Christian faith’s cornerstones cited by Page.

Southern Baptists encompass “many faces, many accents, many languages, but we’re all reading from the same Word, working for the same goal — to share the Gospel with every person on the planet,” Page noted. The Cooperative Program enables every church “no matter its size and every group no matter its ethnicity” to do its part in the Great Commission task, which he underscores as “the single mission of the Southern Baptist Convention for more than 170 years.”

Among the disciple-making facets of Great Commission Advance is NetCP, a partnership of state conventions and SBC entities in state-of-the-art technology to assist churches in elevating their missions outreach through the Cooperative Program.

State conventions, for example, can customize communication to churches that have stagnated or declined in their CP giving in recent years to help pastors lead their churches toward strengthened discipleship for the Great Commission.

Terry Dorsett, executive director of the Baptist Convention of New England, said NetCP has “the potential to re-educate and empower a new generation of Southern Baptists toward significant Kingdom advance. NetCP is one piece of the larger foundation that the Great Commission Advance and its key initiatives are laying for revival to happen across America.

“We cannot reach our nation without a unified strategy and plan that helps us marshal our people, prayer and financial resources the best way possible,” Dorsett said. “Great Commission Advance allows us to do that.”

In the area of missions and evangelism, the “1% CP Challenge” — which Page set forth prior to the Great Commission Advance — is continuing to stir churches upward in their Cooperative Program support by 1 percentage point of their budgets each year.

Since 2012, nearly 12,350 churches have responded to the 1% CP Challenge, some continuing for multiple years.

When Brad Adkins became pastor of Powdersville First Baptist Church in South Carolina in 2006, upheaval in the congregation had ended its missions giving.

“The first thing I told them was that we had to start investing in the Kingdom,” said Atkins, who served as president of the South Carolina Baptist Convention from 2011-2013. Powdersville First Baptist, in a precursor to the 1% CP Challenge, initially budgeted 5 percent of its receipts through the Cooperative Program; today 10 percent of the church’s budget undergirds Southern Baptist national and international missions and ministries while 3 percent is devoted to the cooperative ministry of the 50 churches in the Piedmont Baptist Association in the northwest part of the state.

“Although we may not be large enough to send missionaries to the ends of the earth,” Atkins said, “we are able to help send SBC missionaries through our CP giving.”

— Advisory councils reflecting the insights and concerns of African American, Hispanic, Asian, multi-ethnic, smaller church/bivocational and women’s leaders within the SBC, along with a Calvinism advisory group and a mental health panel.

The councils also have been a catalyst. Gideon Lee, an engineer and bivocational college pastor for a Chinese church in Cambridge, Mass., said, “We feel God is touching our heart to reach out to others. The future of the church in America is reaching out beyond our own ethnicity.”

— TalkCP, an online forum for insights and reflections on the Cooperative Program’s reach and impact.

Chris Martin, executive director of the Hawaii Pacific Baptist Convention, wrote in one of TalkCP’s commentaries, “As a Southern Baptist, cooperation was taught to me from an early age. I recall the times when missionaries would speak to our RA’s group, our association was hosting an outreach or when our church was assisted by other churches to meet a need. I never knew our church to be alone in the pursuit of the Great Commission.”

— Intercessory prayer, a key component of which is PrayerLink, a network of state convention prayer coordinators and SBC representatives now in the process of strengthening its ministry to promote a Great Commission prayer mindset along with prayer ministries and resources in all dimensions of Southern Baptist life.

Page also envisions each follower of Christ having “a personal missions portfolio,” a “personal and strategic plan to embrace the Great Commission … to be on mission every single day of our lives … beginning in the community where we live and expanding across North America and to the far reaches of the world.”

“We need to be resolute,” Page said, “in leaving behind a legacy of commitment to our Lord, a legacy of missions and evangelism, a legacy of church plants and missionary work, a legacy of touching the lives of countless men and women, boys and girls in discipleship.”

Since Southern Baptists launched the Cooperative Program in 1925, “God has used it to do things that no other denomination has ever seen,” Page said. “As we approach that 100-year mark, may it be stronger than it has ever been before, may there truly be a Great Commission Advance.”