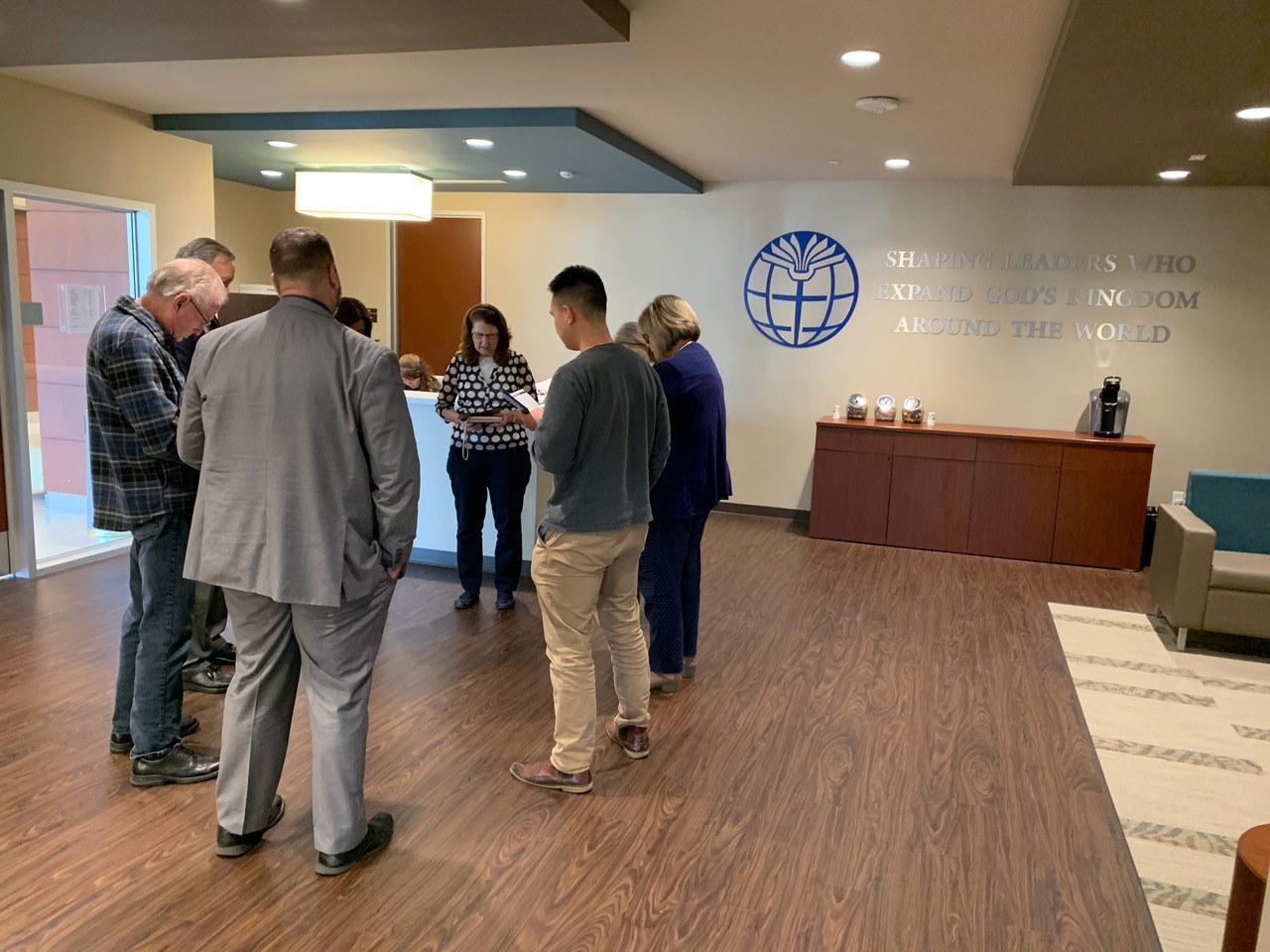 ONTARIO (BP) — Seventy-five years ago, Southern Baptists’ seminary in the West was born during a prayer meeting, the dream of a visionary man.

“Isn’t it appropriate that we begin our celebration with prayer, just as the school began?” President Jeff Iorg asked the audience gathered in the chapel.

“We will be hosting other events during the year to commemorate our 75th anniversary,” he noted. “But as we celebrate this significant achievement, it’s important to remember aspects of our founding that have marked our history and, I hope, will mark our future.”

He said the seminary was the dream of a man from Arkansas named Isam Hodges.

Hodges, his wife and five children moved to Berkeley in 1935, one year before the first Southern Baptist church was founded in the state. He graduated with a master of arts degree from Berkeley Baptist Divinity School in May 1937 and accepted the call to serve as pastor of Golden Gate Baptist Church the next month. The church cooperated with the Northern Baptist Convention.

“Missions-minded as he was, he began gathering facts about surrounding communities that needed churches,” Iorg said, recounting the story from former seminary president Harold Graves’ book, “Into the Wind.”

“He began agitating for an aggressive program of evangelism and missions, but there was no ready response from fellow pastors.”

Iorg said Hodges’ frustration with the slow response did not keep him from opening his heart to his own people. His sermons were filled with Baptist history and missionary information. He challenged the church with descriptions of sacrifice by those who had spread the gospel in other areas. He sought in every way he could to spur their evangelistic concern.

“As Southern Baptist churches began to be organized nearby, Hodges and his people became aware of their work and growth,” Iorg noted. “He suggested to his Northern Baptist brethren this was the kind of work they should be doing.

“This only antagonized them. They saw only the danger of a Southern Baptist invasion of their territory. He finally came to the conclusion that the only way to get an effective expansion program going was to join Southern Baptists.”

On Nov. 17, 1943, Golden Gate Baptist Church voted 36 to 6 to begin partnering with the Southern Baptist Convention. Hodges had been their pastor for more than six years. Although he hadn’t joined that fellowship to turn it toward Southern Baptist alignment, the six years of evangelistic and missionary promotion made a difference in the life of the congregation.

As Hodges looked about him in early 1944, he knew only a great network of churches in every city, town and village could accomplish what God would do in the West, Iorg said. New missions and churches had to be started, and many more pastors and other church leaders would need to be trained. Hodges prayed more about his lifelong dream and willingness to work toward creating the school he felt was needed.

“Isam Hodges and his wife invited the six deacons of their church and their wives to their home for fellowship and prayer on Thursday evening, March 23, 1944,” Iorg recounted. “One of those attending, caught up in the spirit of the meeting, said, ‘This will go down in history as a great prayer meeting.’

“A key feature was asking God about starting a new seminary in the West.”

Hodges knew it was time to begin the school he had envisioned before moving to California.

Hodges was not a trained educator, but God was placing on him the responsibility to begin a school.

One of his friends, though, did have more school experience and theological training — Dallas Faulkner, pastor of First Baptist Church in San Francisco. Like Hodges, Faulkner was a native of Arkansas and a graduate of Ouachita Baptist College and Southwestern Seminary. He had continued his studies and earned a doctor of theology degree from Southern Seminary. He came to California in the 1930s, first settling in the Bakersfield area, before ultimately moving to San Francisco. Because of his background, Hodges decided to enlist his friend’s help.

“And this summer on that date, we will have a birthday party to celebrate that occasion.”

The seminary maintained the name through locations in Berkeley and Mill Valley until 2016, when the institution moved to Ontario and the name was changed to Gateway Seminary.

The institution offers degrees on four regional campuses, in addition to all master’s degrees being offered online.

“This is the story of our founding,” Iorg said. “A visionary pastor, a friend who partnered with him, and 12 Baptist laymen put their lives on the line to create what has become one of the largest seminaries in the world — a beacon of biblical scholarship with missional intentionality shaping leaders who expand God’s Kingdom globally.

“Our genesis point was a prayer meeting — six deacons and their wives … calling out to God for His direction and blessing. Thank God for our courageous, prayerful forefathers and foremothers. We are commemorating their visionary leadership and this significant prayer meeting with this day of prayer on Founder’s Day.”

A prayer journey began immediately after the service, with participants engaging in one-hour sessions as they moved through the six-story Ontario building.

In addition to the birthday party in July marking the issuance of the seminary’s charter, other celebrations will be held during fall and spring trustee meetings.

The 75th anniversary celebration will conclude in April 2020.