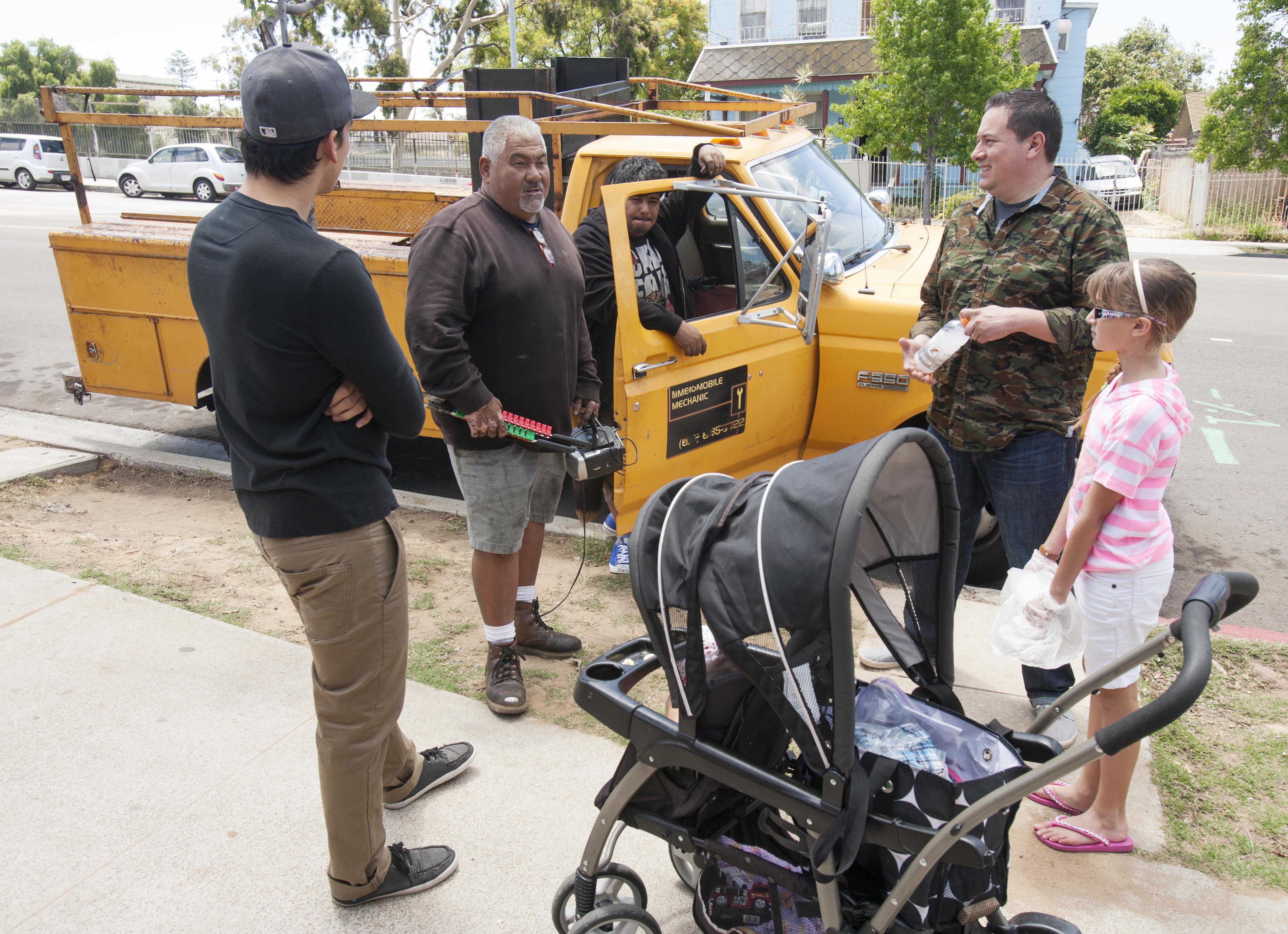 SAN DIEGO — At age 16 Manny Sanchez tagged along with his family to an Amway convention. They were independent business owners with the mega network marketing company that sells soap, vitamins, makeup and other products.

On Saturday, someone announced there would be an optional Sunday morning session. Sanchez went to what turned out to be a worship service. He learned that life could be about more than making money.

“The guy preached an evangelistic message,” Sanchez remembered. “I went forward and got saved. My heart really did change. I was the first in my family to get saved.”

But Sanchez’ salvation happened in a vacuum. He had no Christian orientation and didn’t know what to do next.

“I really see this as Satan’s attempt to destroy my life,” Sanchez said.

After the wake-up call of a serious traffic accident, his two sisters, 10 and 11 years older, stepped into his life. One of them enrolled him in a Christian school in Santa Maria.

“That became my season of discipleship,” Sanchez said. “I started growing in Christ.”

He gave up the party life, drugs and other non-edifying habits and behaviors. After he saw Christ modeled in his new friends, Sanchez began soaking in the Bible and wanted nothing more than to obey Christ.

Stan Bickley, a youth pastor at First Baptist Church in Santa Maria, which sponsored the school, became a major influence in the absence of a father.

“I wanted to be what my youth pastor was to me to other kids in my same stage (of life),” Sanchez said.

College and a call to missions
Following high school, Sanchez attended a Christian college in San Diego. One of his sisters, who he describes as “super mama bear,” got into his business again, signing him up for the college’s singing group, Vision. Sanchez joined the group, which toured to promote missions and spent three to six weeks each summer on an international mission trip. He was in Vision for three of his four college years and visited Brazil, Portugal and Malawi.

“Everything that I experienced from high school to college has, in some way, shaped my ministry,” Sanchez said. “Our church is very discipleship focused. I don’t want anybody to slip through the cracks like I did and be fresh bait for Satan.”

“Our church became Southern Baptist, and that just opened up the door for me,” Sanchez said of his journey toward church planting.

Having grown up in Los Angeles and attended college in San Diego, Sanchez feels comfortable in the Southern California culture. Through research, he learned that San Diego is the eighth largest unchurched city in America.

One reason is what he calls the “San Diego factor.”

“San Diego is beautiful 350 days out of the year and there is so much to do here,” Sanchez explained. “The culture of San Diego is entertainment and to enjoy life. For some reason, church isn’t on that list for most people.”

He found a meeting place at a warehouse downtown, but the venue is only available for three hours on Sunday evenings.

“Our goal was to focus just on that one-mile radius of the 25,000 people who live in the heart of downtown,” Sanchez said of a city with very few evangelical churches.

San Diego is transient. Between military families and others on a determined career path, establishing a stable membership has been challenging.

“We started the church with 18 people at our preview, then the second month we had 42,” Sanchez said. “The third month we lost 11 couples. It’s like trying to keep a leaky bucket filled.”

Catalyst reflects the diversity of upscale urban America, though there has been one surprise.

“You attract who you are,” Sanchez said. Young adults with children are attending Catalyst.

Eventually he wants Catalyst to have a storefront presence that is at the hub of downtown and constantly interacting with the city. He has no illusion of growing into a mega-church like Shadow Mountain. Instead, the goal is for Catalyst to be “large enough to dare, small enough to care.”

“We started with the goal of planting another church,” Sanchez explained. “We want to ‘plant pregnant.’”

The establishment of Catalyst Church would not have happened without the Annie Armstrong Easter Offering for North American Missions and the Cooperative Program, Sanchez said.

“We would not have been able to plant without” the financial assistance of those offerings.

In their first year, Catalyst had 40 professions of faith and 20 baptisms.

“You can’t orchestrate it. It feels like God is at the center of this and we’re along for the ride.”

Manny is one of the featured missionaries for Annie Armstrong Easter Offering. See video: