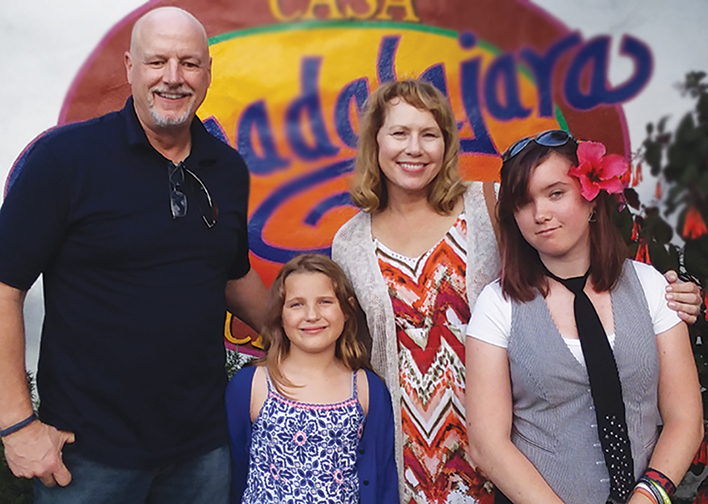 FRESNO — Though Steve and Kristi Foss had long thought about fostering or adopting children after their own two sons were grown, it was in their late 40s when they received inspiration and encouragement from their church to begin the process.

Several members of NorthPointe Community Church in Fresno, where the Fosses had been members since 1989, had adopted children or were serving as foster parents. And the couple saw the need. (They now are members of Cornelia Avenue Southern Baptist Church in Fresno).

“Statistics say that if one family in every three churches in the US would adopt, we wouldn’t need the foster care system,” Kristi said. “They don’t necessarily need more foster families, they need more good foster families. Someone who can love these kids and make a difference in their lives.”

“The seed was set when we had two boys and we thought, ‘Maybe we could adopt a girl,’” Steve noted.

Kristi added that “at NorthPointe it was ‘in my face’ every day” though the time had never seemed right before to foster or adopt.

“At NorthPointe we were constantly seeing families who were actually adopting,” she said.

They also were encouraged because there already was a support system among church members — “knowing we weren’t going to be alone in the process helped,’ Steve said. “You have so many questions,” he added.

Kristi noted, “I thought maybe I was too old to be an adoptive parent, but I was seeing families of all ages at NorthPointe adopting children.”

“When we went through the foster care system, we asked for children who had a good chance of being adopted,” Steve said. “Also, birth parents can go through reunification services and sometimes children are placed back with them,” he explained.

One of the things people often use as an excuse for not fostering or adopting, Kristi noted, is that they don’t think they could “let the children go if they had to.”

The Fosses experienced that scenario, but felt God’s peace in the process.

They fostered a baby for nine months, and “were able to get her out of the system for nearly a year. We gave

her a ‘best start,’ which she might not have had otherwise.”

The baby eventually went to her grandmother, then was reunited with her mother.

“Honestly, God gave us so much reassurance and peace over that,” Kristi said. “It’s not something that left me broken. God prepares your heart — and now we’re the godparents!”

The Fosses went on to foster a teenager, then five-year-old Faith. While the teenager went back to her family, Faith stayed. She became Faith Foss on April 8, 2016 at age 7.

The couple then decided they “wanted Faith to have a sister,” Steve said. “We never really wanted to have just one.”

They were thinking of another girl around Faith’s age, but knew the foster-to-adopt process worked and trusted God’s providence.

“We never expected a teenager!” they said. “But we knew we weren’t the ones making the decision.”

They had declined a few possibilities — “we just didn’t have peace about it,” Kristi said — then they got a call for an emergency removal. The social workers knew 14-year-old Merriah was artistic and loved music “and they thought of me,” said Kristi, who is a musician and worship leader.

“God knew before we did who He was planning to have in our family.”

They’re now in the process of adopting Merriah, and said the two girls get along “extremely well.”

“How do you choose which child?” Steve asked. “You don’t. You let God.”

Kristi noted she “loved Merriah from the first minute. She even asked, ‘How did you know you wanted to adopt me when you hadn’t met me?’

“You don’t know who your child is going to be when you’re pregnant,” Kristi said. “But you love them.”

“We committed to you before we even met you,” they told Merriah.

She had been in several foster situations, Steve explained. “Merriah said to us, ‘You’re different.’ It gave us a chance to say that God had another daughter for us.”

After just two months of living and attending church with the Fosses, Merriah made a profession of faith in Christ and was baptized at Cornelia.

“As much as it’s changed their lives, it’s changed our lives,” Kristi said about the children who have been in their home.

Early on, NorthPointe provided the means for the Fosses and several other couples to go to a seminar in Southern California about fostering/adopting.

“Many of the kids have PTSD (post traumatic stress disorder),” Steve said, “and the training was very valuable.”

Part of the church’s support system included a men’s breakfast once a month to help men discuss becoming “new fathers.”

“Having the support at NorthPointe gave us the confidence to do this,” Kristi said.