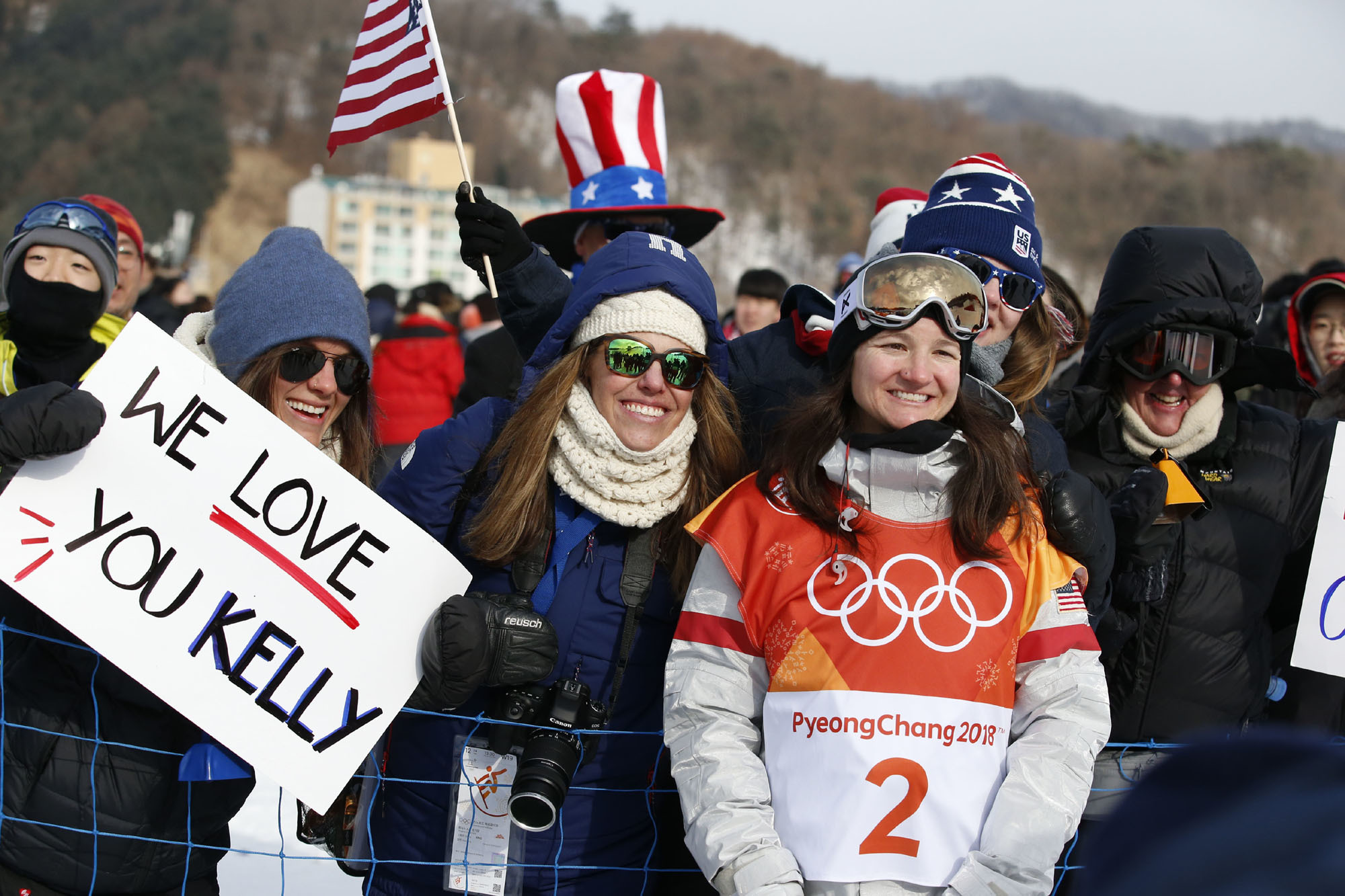 PYEONGCHANG, South Korea (BP) — Kelly Clark remembers every detail about the day that changed her life when she was a 14-year-old high school freshman.

She had recorded the snowboarding competition during the Olympics in Nagano, Japan. It was the first year for snowboarding to be an Olympic event. After school, she took the VHS tape and watched.

“That was the moment for me where I said, ‘This is what I want to do with my life,'” Clark said. “I’m grateful to still get to be chasing that dream down.”

Clark, who is making her fifth Olympics appearance this year, will compete in the finals Tuesday after emerging from today’s qualifying heats.

In Pyeongchang, she has taken on a larger mentorship role with the younger members on the team than ever before. For Clark, that’s one way to leave the sport better than she found it.

“I love the Olympics perhaps more than anyone,” she said. “I’m on my fifth Olympic journey. But I always kind of encourage my teammates to not make the Olympics a destination. I think it’s very easy as an athlete to get caught up in this one pinnacle event every four years.

“But you don’t need to treat it as something that should define your career,” she noted. “It should be part of your journey, not the end of your journey.”

Clark’s journey through snowboarding over the years included her conversion. As a younger snowboarder, she witnessed a fellow snowboarder who was a Christian encouraging another girl after a rough competition, and that sparked something in Clark’s heart. A few hours later, she knocked on the door of that Christian snowboarder’s room at their hotel.

“My name’s Kelly,” Clark told her. “I think you might be a Christian, and I think you need to tell me about God.”

That was the beginning of Clark’s journey to Christ, and it’s a journey in which she has grown over the years, much as she has as an athlete. Clark said snowboarding has progressed a great deal since she first began, and the tricks have changed for the better.

“If I did the run that I won with in Salt Lake, I wouldn’t even make a final today,” she said. “It’s been fun to push myself and see how snowboarding has really become a lot more established from when I first set out to pursue this dream. It’s been fun to grow with the sport and change with it and see it showcased on the world stage.”

Her experience in the sport led her to write her first book, “Inspired: Pursuit of Progress,” that was recently published. She worked on it for the past two and a half years. She’s quick to say it’s not an autobiography because her story isn’t done yet. Instead, it’s a book on motivation and helping people define success in a healthy way.

The book is not faith-based, Clark said, but is instead a place for her to explore some of what she’s learned in 20 years as a competitor at the highest level of her sport. It does, however, include many parts of her story — her Olympic story and her personal story — in which her faith plays a prominent role.

“I’ve always been very transparent in my beliefs and in my faith,” Clark said. “What you see is what you get. I’m not a huge personality, a huge extrovert. I don’t live every moment of my life on social media. It was a really cool way for me to put my life on display in a way that I never have.”

Clark’s motivation and approach have changed over the years as she has matured. With that maturity comes a leadership role on a women’s half-pipe team that she says is the strongest U.S. women’s team ever in the Olympics.

She’s grateful to be a part of it, and as she contemplates her future, she does so knowing that those dreams that began as a 14-year-old have been fulfilled — and not just because of what she has done on a snowboard.

“If your dream only involves you, it’s too small of a dream,” she said. “I don’t want to get done snowboarding and just have a good string of competition results, medals, accomplishments. I want to look at a culture that’s better because I was a part of it.”