First Person: What I didn’t know I already knew about the Chinese Baptist Fellowship of the United States and Canada – California Southern Baptist Convention
Skip to content 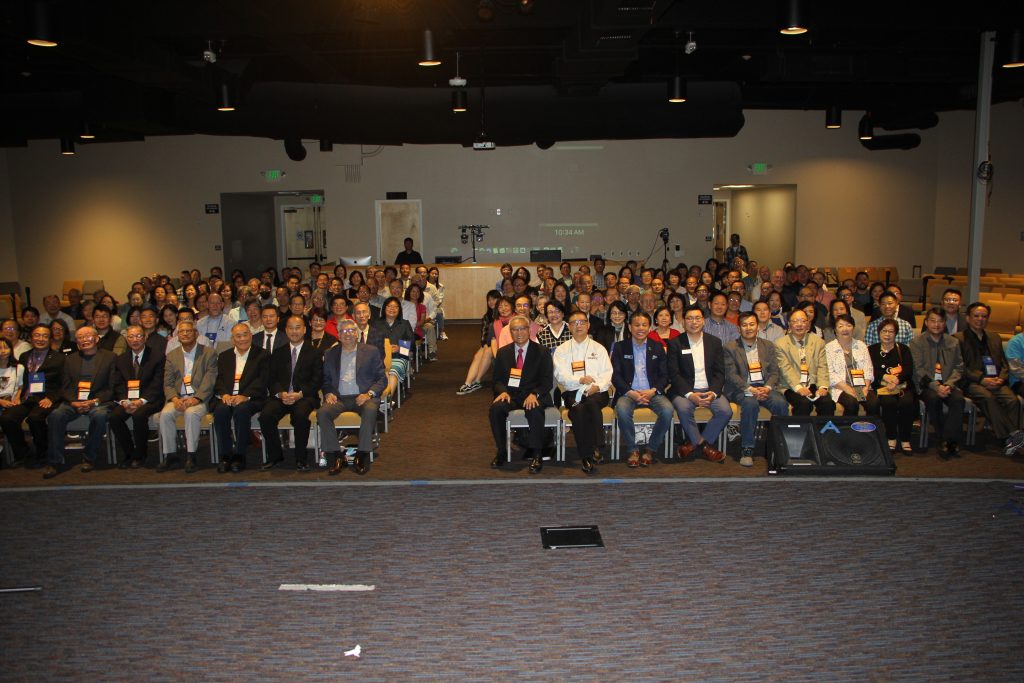 First Person: What I didn’t know I already knew about the Chinese Baptist Fellowship of the United States and Canada

At the end of September, I had the opportunity to attend the 21st meeting of the Chinese Baptist Fellowship of the United States and Canada (CBF) at Crosspoint Church of Silicon Valley. The conference occurs biennially meaning this fellowship group has been gathering regularly for well over 40 years! Now, I have been in Southern Baptist leadership my entire adult life, but I had never heard of CBF before. Here, in this unique convergence of Chinese Baptist leaders, I had a premier opportunity to sit with key pastors to learn more about this fellowship group, and what I discovered is something I think I always should have known, but maybe never really stopped to consider.

Affinity/Ethnic/Language Baptists need each other

I started out in search of the history of CBF and was directed to Rev. Amos Lee, former President of the Malaysian Baptist Theological Seminary and Executive Director of the fellowship group. Rev. Lee served for many years as the pastor of one of the nation’s longest-established Baptist churches. The Chinese Independent Baptist Church of San Francisco, now a Southern Baptist Church, still stands today, and was birthed in 1905! Rev. Lee shared that, somewhere around the 1940s, “an influx of Chinese settlers from China, Taiwan, Hong Kong, and parts of Southeast Asia were immigrating into all parts of North America, and for 40 years, these ethnic believers lived and worshiped independently, and lonely, in isolated pockets throughout the continent.” He shared that though they were now residents and citizens of the U.S. or Canada, Chinese nationalism still ran deep in their identity.

In 1980, Chinese Baptist leaders gathered at the Baptist World Alliance in Toronto, and from there, The Chinese Baptist Fellowship of the United States and Canada (CBF) was formed. It began as a humble group, “but they had big dreams,” Rev. Lee said. It was decided that every two years this newly established community, with a common faith and common heritage, would gather for much-needed fellowship and encouragement.

Rev. Jeremy Sin, newly elected Executive Director for CBF, and National Church Planting Catalyst at NAMB, estimated that “about half of the attendees at 2022’s conference are first-timers,” proving the reach of CBF is long and full of potential. As an observer, this was made evident to me since this fellowship group has grown into a force for both Chinese Baptist leaders and the furtherance of the gospel worldwide.

Long before his current appointment at NAMB, Rev. Sin had a heart for California, having served as pastor of a small church in Gardena, Los Angeles Crenshaw Baptist Church, and at the First Chinese Southern Baptist Church in San Francisco. He said, “CSBC has two very large Chinese churches in SoCal and another in NorCal.” He went on to share the challenges of being innovative in their approach to spreading the gospel. “In southern states, faith is more a bedrock. Chinese Baptists in California, however, need to get ready to be pioneers.” In order to be successful, he continued, “Chinese churches need each other.” He expressed gratefulness for larger churches, such as First Chinese Baptist Church for “working and encouraging the smaller churches by offering trainings and conferences.” Rev. Benny Wong, pastor of FCBCLA and the current President of CBF shared a similar sentiment. He told me, “CBF’s focus is on intentional evangelism and church planting. We know that in order to train, plant, and encourage Chinese pastors, it takes a village.”

The vast majority of members making up CBF are Southern Baptist, but I learned that the early inclusion of Canadian Baptists meant broadening the doorway to embrace other likeminded Baptist believers who adhere to the theology but may not necessarily identify as “Southern Baptists” (at least as we Americans define it). Their denominational connection is fundamental, but these folks made clear to me that their inclusivity beyond “SBC” better aligns with the spirit of the organization. Rev. Sin said, “[God’s] Great Commission is for all people. We confirm our identity as Chinese Baptists and we treasure our distinctives that are grounded in God’s Word. Now, let’s make his Good News known.”

Of course, with the weight of membership tipping heavily toward SBC, this group is appreciative and reliant on resources made available through Southern Baptist entities. I saw representatives from the International Mission Board, the North American Mission Board, Gateway Seminary, The Baptist Foundation of California, the Woman’s Missionary Union, the Executive Committee, and the California Southern Baptist Convention. Each was there to train, network, encourage, and resource leaders of CBF. Rev. Lee confirmed the wins for collaborating with SBC. “We have to evolve beyond fellowship. Here, we learn, and we send people back to their churches utilizing SBC resources. This way, everyone wins.”

Rev. Sin also expressed his appreciation for the resources made available through SBC and CSBC agencies. He told me, “California has a huge pool of mission resources. Gateway has a strong Chinese program. There, they train and send out Baptist Leaders.” On a national scale, he noted the planting emphasis coming out of NAMB’s Send Network. “California can be a strong mission force, sending people out.”

Church planting was at the forefront of every conversation I had with CBF leaders. Coming out of the pandemic, Rev. Sin expressed a burden with the need to raise up planters and saw CBF as an answer to the problem. “Coming out of Covid, we (CBF) are looking to stir up a fire of evangelism, to provide training, and rally everyone. By equipping the saints, we can raise up disciples. Right now, we lack pastors and church planters. Here we want to help people discern God’s calling on their lives.” He smirked, “We cannot afford to have any benchwarmers.”

As a member of the largest evangelistic denomination in America, I sometimes forget that even we have limits in our global influence. At the conference, I was reminded that our Convention benefits when we collaborate with ethnic organizations like CBF. Peter Yanes, Executive Director of Asian American Relations and Mobilization for the SBC Executive Committee, said “SBC-ers should understand that the Asian and Chinese churches have been around for many years, and it is high time we come together for the sake of the gospel.” He continued, “There’s a great value in participating and cooperating within a ‘CBF-community-approach.’ Together, we have a bigger voice, a bigger presence, and more influence in the SBC.”

Rev. Sin mentioned to me that “Chinese churches should be involved at different levels of denominational work. It’s fruitful. Today, the Executive Committee now has a Chinese version of the Baptist Faith and Message.” The 2022 conference proudly distributed this new print product to attendees, made available because of coordinated translation work between SBC seminaries and CBF.

With church planting as a cornerstone of CBF’s mission, partnering with SBC agencies is the most effective way to reach the nations. Rev. Lee said, “The entities respect the language. Chinese have a role to collaborate with them. It is to everyone’s advantage. Now we can get good planters to serve in a genuine Chinese context.”

Even though CBF has been going strong for more than four decades, Rev. Sin sees a need and an opportunity to do more still. He shared a desire to create opportunities to gather in the in-between years. The focus would be on nourishment and replenishment for pastors and pastors’ wives. As he put it, “Healthy pastors mean healthy churches.” They are looking to replicate one of CBF’s more innovative meetings on a cruise ship off the coast of Long Beach that took place a few years ago.

As a born and bred Californian, I have only known a life robust with cultural diversity. So, it comes as no surprise to me that California leads the way in resourcing Chinese Baptists across the continent. But what I learned, (or maybe relearned), was to appreciate that ~diversity in a large context is beautiful, but a smaller, tribal-like community within the bigger family is also necessary and benefits the whole.

I am grateful for my time with The Chinese Baptist Fellowship. (Don’t even get me started on the amazing display of food). I experienced their hospitality to be genuinely warm and endearing. Their passion for God is boldly evident in their worship, and their desire to reach the nations is compelling and urgent. I pray Chinese Baptist leaders who have not yet experienced the sweet fellowship, find opportunities to join the good work while gleaning the abundance of resources CBF has to offer.

…And yet again, I find myself grateful to be a Southern Baptist. Now I just have to figure out a way to get invited to the next “cruise meeting.”