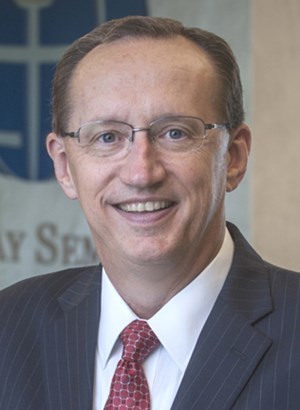 DALLAS (BP) — A student recently asked me, “How do you feel about the future of the Southern Baptist Convention?”

He was surprised by my answer, “Very positive.”

He replied, “Don’t some of the current problems mean the convention is in trouble?” My answer was, “No, not really.” He asked for some explanation and here are the reasons I shared with him.

First, God sustains any ministry riveted on His purpose. Our reason for having a denomination is expanding God’s Kingdom. He will sustain us as long as we are focused on His overarching purpose. Our vitality has never depended on human leadership, but on God’s power.

Third, airing problems openly means our processes are working — not failing. Southern Baptists do almost all our business in public. Our annual convention is a public meeting, as are most sessions of each of the boards which govern our entities. Secular corporations and other religious groups have the same problems (or more) than we do, but they are not as public about their business. When Baptists learn about and face up to problems, that means our processes are working — sometimes methodically or haltingly — but they are working.

Finally, when faced with important decisions — like choosing leaders, clarifying positions, or correcting problems — the messengers almost always make the right decisions. The common piety and common sense of prayerful Baptists making important decisions has been a hallmark of convention meetings I have attended for the past 30 years.

As a leader, a part of my role is defining reality. Denying difficult dilemmas does not diminish them. Making them more than they are, however, is also a mistake.

May God give us the grace to admit mistakes and face challenges, while maintaining proper perspective on current problems and not losing hope for the future.