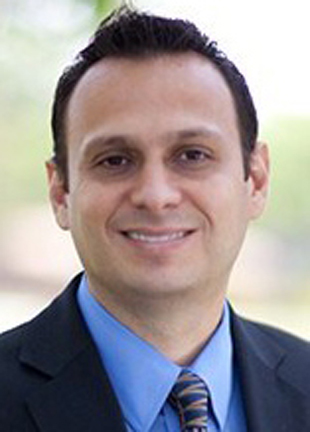 LA MIRADA (BP) — The popular phrase “the end justifies the means” is often used in politics, business and in most social activities. This phrase, mistakenly attributed to the writer Machiavelli in his famous work “The Prince,” emphasizes that the objective of the action is more important or justifies the means or ways of achieving that objective.

It is assumed that if the end is lawful, so are the means. Despite the acceptance of this popular wisdom, these words are really far from Christian ethics in which both the end and the means must always be pure and reflect the values of Christ.

The reality is that justifying our actions to achieve what we consider a greater good is a very attractive temptation. Since we Christians believe that Christ is the Lord of the universe and that his plans are perfect, we can often fall into the error of thinking that we can use any method for God’s plans to be smoothly fulfilled.

For this reason, in the legacies of history we can see with unfortunate frequency innumerable facts contrary to the values of Christ, but performed in His name by people, who at least superficially, called themselves Christians. This undeniable reality has stained and continues to stain the reputation of Christianity because many can see the contradiction between the actions and words of some who identify followers of Christ.

However, it is important to recognize and proclaim that God is holy and that his actions and motivations are always holy and pure. In Christ there is no contradiction or double messages and his followers must imitate Him in everything (1 Peter 1: 15-16; 1 John 2: 6). A Christianity that presents a contradiction between its motivations and actions does not represent Christ. If the means are not pure according to the fruit of the Holy Spirit in believers (Gal. 5: 22-26), the end is not as pious as it may seem and regardless of the apologetic that can be given.

For this reason, the followers of Christ must always speak with the truth because Christ is the truth (John 14: 6). It is impossible to lie and please Christ regardless of the desired end. Our highest loyalty must be to Christ, as the Lord of the universe, and not in any political leader no matter how many favors he promises for Christians. Conventional relationships cannot be established with those whose values are contrary to Christ only in the hope of selfish gain. The actions of the followers of Christ should always be based on the pure values of Christ.

Lately, a despicable reality has also become evident in our society and tragically also in churches and Christian organizations. The large number of sexual abuse in all spheres of society have been made public on social networks through “hashtags” such as #MeToo, #ChurchToo and #SBCToo. In addition to the tragic and diabolic of this situation, it has been unfortunate to discover how many Christian leaders have tried to cover up or minimize these situations. Obviously this reality deserves a deeper discussion, legal actions and concrete plans to remedy and eradicate any type of abuse and cover-up in our society, but especially among the followers of Christ. But we all need to recognize that God does not need justification and that we never have to cover up sin to protect the reputation of Christ. When sin is minimized, justified or concealed, whatever it may be, the name of Christ is always stained. The end never justifies the means for Christ and his followers.

Christ is the Lord. Nothing we do or stop doing changes this reality and we need to constantly remember it. Jesus declared that the gates of hell (hades) will never prevail over His church (Matt. 16:18). Furthermore, it is only the Holy Spirit who makes it possible for God’s plans to be fulfilled (Zech. 4: 6). Divine plans (the end) always agree with the means to achieve them. There is never a contradiction in God and neither should there be among Christians. My dad described it well in a note that I found in his Bible, “the work of God, done in the manner of God, always brings the blessing of God.”