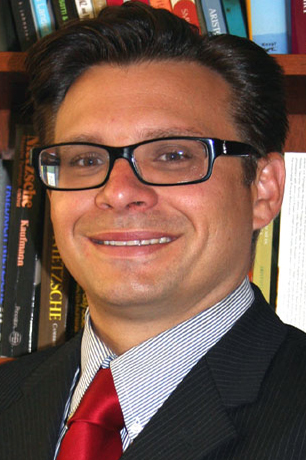 ONTARIO (BP) — During recent protests over immigration, some have claimed global (or world) citizenship. The idea seems to be that if we are all citizens of the world, then no one is illegal, and borders are either not important or are meaningless.

Claiming to be a citizen of the world might appear altruistic and cosmopolitan, but it is unbiblical, unethical and unreasonable.

In the Bible, citizenship is a positive thing. By faith a person who used to be a stranger and alien becomes a citizen of God’s Kingdom (Ephesians 2:19). Not everyone is a citizen in terms of the heavenly Kingdom. Being a citizen of heaven implies knowing (and being known by) the King and seeking to align oneself with His character, laws and will.

Citizenship of an earthly kingdom, state or country also is a positive thing. Earthly citizenship has privileges, as exercised by the apostle Paul in Acts (chapters 16, 22 and 25). It also comes with obligations, such as paying taxes (i.e. “render unto Cesar”).

Citizenship in heaven and on earth is generally a more preferable state to that of a stranger or alien. It entails certain rights and responsibilities. In short, citizenship is a blessing.

On earth as in heaven, a citizen relates to an authority. That authority provides for its citizens (laws, protection, etc.). Citizens, in turn, work for the good of the authority.

So what’s wrong with claiming to be a citizen of the world?

First, it is unbiblical.

A global citizen is under no authority, has no obligations (except those which are self-imposed and self-governed), works for the good of no particular earthly realm (except where it serves his interests), and is called to defend no boundary. The idea of a citizen without a state is like a Christian without a confession of faith, nothing to define and nothing to defend.

As Christians, we look forward to a new heaven and a new earth. We long to see what John describes in Revelation 20: Believers from the nations gathered and the “glory and honor of the nations” brought into the New Jerusalem to the glory of God. But the right thing at the wrong time is the wrong thing. The image described in Revelation 20 comes from heaven down to earth in God’s time. One lesson from the parable of the Prodigal Son is the folly of demanding an early inheritance.

Secularists want the kingdom without the King, and they want it now. The allure is undeniable. Movements such as the Global Citizen Festival combine the cool-factor of star power (e.g. Hugh Jackman and Bono) with legitimate and important causes (e.g. poverty relief, racial unity and disease prevention). However, individuals wishing to become “global citizens” through activism help to promote a blatant pro-homosexual, socialist, feminist, and open-immigration agenda: Brave new world, indeed.

Second, world citizenship is not conducive to moral excellence.

A global citizen is a kind of adolescent, preferring the playground of Neverland to the responsibilities of maturity (i.e. citizenship). Global citizenship is understandably attractive to a society that increasingly avoids the encumbrances of traditional responsibilities — marriage, children, church membership, etc. “If you believe you’re a citizen of the world,” as British Prime Minister Teresa May has said, “you’re a citizen of nowhere. You don’t understand what the very word ‘citizenship’ means.”

Third, it is unreasonable to suggest that a person could be a citizen of the world.

By “world” and “earth” we are, of course, referring to something that has no will or purpose. A Christian believes that God has ordained human rulers, nations and states. If a person is not a Christian or does not otherwise believe in traditional theism, then he believes in a random, purposeless universe in which there can simply be no “rule” or “authority.” There is no good to pursue. A citizen of the world simply does what is right in his own eyes (Judges 17:6).

A citizen of the world is a kind of Don Quixote. He prefers to chase imaginary windmills rather than tend to the work of La Mancha. Churches must lovingly confront this foolish nihilism rather than serve as Rocinante, Don Quixote’s horse, en route to the dystopian fantasy of global citizenship, which would be a global disaster.