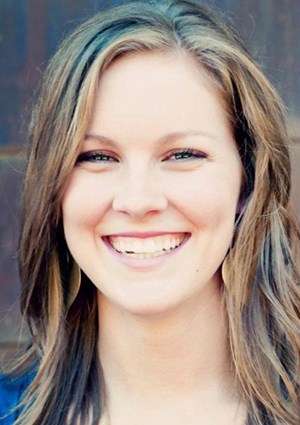 FIRST-PERSON: Extraterrestrials & our search for God

While many of us roll our eyes at the suggestion of little green men flying around outside our solar system, it is not a universal skepticism. For some people the hope is that we are not alone and that if we look hard enough we can find a way to communicate with our non-human neighbors.

The government’s AATIP program has been funded for years without widespread public knowledge, according to reports by major media outlets such as The New York Times. While there’s a bit of a stigma in America associated with searching for extraterrestrials, interestingly it is not prevalent in other countries. The Chinese government has publicly invested $185 million to build the largest satellite dish in the world, 400 meters wider than its American counterpart. Located in the mountains of China, the satellite is not devoted to national security or better cellular signals. Its purpose is to attempt first contact with extraterrestrial intelligence.

China’s leaders may have political and economic reasons to search for life in space, but for many people the belief in and search for intelligence beyond Earth is akin to religion.

Commenting on the Chinese satellite dish, author Ross Anderson noted in The Atlantic that the scientific community’s search for extraterrestrials “is motivated by deep human desires for connection and transcendence. It concerns itself with questions about human origins … about our future in this universe.”

People have had the same desire for centuries. Our ancestors built temples, made sacrifices and devoted their lives to the deity or movement they believed would satisfy their hunger for spiritual experiences. Today, we buy bigger houses, invest more in ourselves and skip from one philosophy to the next, all to no avail.

Ed Ames captures the plight of humanity’s search in his song, “Who will Answer?” when he asks, “Is our hope in walnut shells worn ’round the neck with temple bells, or deep within some cloistered walls where hooded figures pray in halls? Or crumbled books on dusty shelves, or in our stars, or in ourselves? Who will answer?”

We have the answer. In fact the answer is found on many a dusty bookshelf. Sadly, while people are willing to spend millions of dollars and search endlessly both on Earth and among the stars for a spiritual connection, the answer sits nestled on countless bookstore shelves, collecting dust between the Koran and books about the latest religious fad.

Ironically, as the Bible rests between books about reaching out to God, it waits to proclaim to its reader the freedom we can receive from the one true God who came down to us. While we have used our human resources to invent every imaginable explanation for our existence and how to make it meaningful, God’s Word tells us that the spiritual connection we desire is waiting for us if we will only have a relationship with Him.

He didn’t create us and then leave us to search endlessly for Him. He came down to us, lived among us and sacrificed Himself in order to pave the way for an eternal relationship. As Christians, we have the message of life not only on our shelves but also in our hearts, and we are God’s plan to spread that message to the people who do not yet know Him. Let us renew our commitment to sharing the Gospel this year so that our neighbors can stop looking to the stars for answers, and start looking to the God who created them.