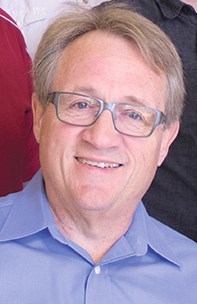 BAKERSFIELD, Calif. (BP) — Have you ever wondered how some people seem to know more about what is happening in the church than anyone else?

At this year’s Southern Baptist Convention in St. Louis, I was told in no uncertain terms that one of the candidates for SBC president would win on the first ballot.

Who can know that? Was the source of the prediction a reliable person? He was well-connected in the convention. Was it possible he had some kind of secret knowledge? It certainly seemed so. Was there conviction in his voice? Yes.

Did things work out as he stated so boldly? Not even close.

This tiny episode is an example of what I call “the power of the guess.” I left St. Louis thinking about the many times I have heard a guess stated as fact.

I am currently serving on the California Southern Baptist Convention’s executive director search committee. One of our members shared at our first meeting about a telephone call he received. According to the committee member, the caller knew about the six candidates we were interviewing and gave his prediction of who would be selected and why.

As a group we just laughed. We haven’t received any resumes and certainly haven’t interviewed anyone yet. The committee is busy creating a profile of the candidate and selecting a group of ethnic leaders to walk alongside us as we prepare to receive resumes and talk to possible candidates. There was no truth to what the caller told our committee member.

Back in the mid-’80s, the personnel committee at a church where I was pastor approached me about some problems with our part-time music director. Some strange things were happening in his personal life that concerned many of the members. The outcome was the committee decided to terminate the worker. Although I did not disagree with the committee, I had almost nothing to do with the process (except in having trained the committee and releasing them to do their job).

I actually laughed out loud at the thought of my brother coming to work for me. He is the older brother in every way, including the fact that he would never serve “under the leadership” of his baby brother.

Where had the idea come from? Who started telling people this theory? It didn’t take long to find out. Even though the individual was way over 6 feet tall, I looked him in the eye and asked why he was telling people his version of why the staff person was released. Apparently about two months prior to the termination my brother had sung at our church for some special event. It has always been very rare for us to worship together on a Sunday since we both have served on church staff all our adult lives. Whenever I get the chance I ask him to sing.

My brother’s singing and the staff person’s termination had nothing to do with each other except in the mind of this man. He simply guessed at my motives. His guess hurt the church and those he enraged by sharing his opinion that was not based on any facts. His guess hurt me as well.

Is it possible that much of the gossip that travels from person to person in the church is based on a personal guess? Once the guess is stated out loud with boldness and confidence, people decide if it is feasible. If so, they simply decide to believe the guess even though they have no direct knowledge of the situation.

Over the years my jaw has dropped dozens of time when people prescribed a motive for something I did that simply was untrue. I’ve even been criticized for doing things I never did. Someone guessed why I did something, or guessed that I did something, and shared it authoritatively as fact and those around them believed them.

In our crazy “People Magazine” world of talking heads, we are accustomed to making value judgments and guesses about why people do what they do all the time. Is it possible we are wrong? Is it possible that mind reading doesn’t really exist and that the experts don’t really know what is going to happen either?

Only God is omniscient. Only God knows what is in the heart of each person. It may be fun to speculate why something happens or why people behave as they do, but we simply do not know the answer until we ask. Let’s be careful that we don’t share our guesses as truth. We must remain humble and open to the actual truth rather than substitute truth with our best guess. And what a blessing it is when a church member comes to you for the actual truth rather than blindly choosing to believe a guess.