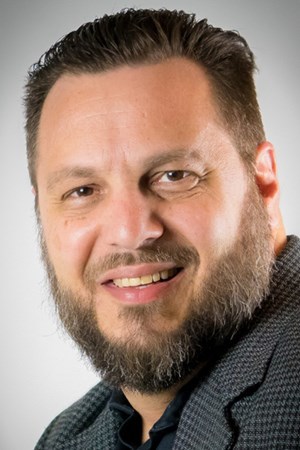 FIRST-PERSON: A trek amid Harvey’s havoc

HOUSTON (BP) — Furniture, clothing, wedding albums and baby pictures, festive homecoming mums and memory upon memory were stacked in reeking water-logged heaps, as I walked along flooded-marred streets in north Houston, Beaumont and Vidor last month talking with people gutting their houses of everything they owned. But there were also smiles, and people grateful for the friends, neighbors and strangers who had come to help.

When I met Kevin, he was working on the back patio of his home, his living room empty except a few photos on the walls which contained a water line much taller than Kevin’s six-foot frame. The ceiling fan, blades drooping like the branches of a weeping willow, also gave testimony to how high the waters surged.

Kevin fiddled with his fishing rod as we talked, putting drops of oil here and there, almost oblivious to the destruction around him, focused only on one small thing he could control in his life. Kevin wasn’t at home at the time of the flood. His neighbor Larry was not so lucky. “I was watching the news in my living room at 5:30 that night,” Larry said. “At 5:30 the next morning I was wading through chest-deep waters with my dog lifted over my head.”

As with many disaster situations, capitalism found a home as “I survived Hurricane Harvey” and “Texas Strong” T-shirts flapped in the summer breeze attached to makeshift roadside stands, many next to restaurants and other businesses yet to reopen. John was running one of those stands. When he saw the word “chaplain” embroidered on my shirt as a Baptist volunteer, he broke down in tears and asked me to pray for him, his daughter and his new grandchild who was born the night of the storm. At the time, his daughter was still in the hospital, but their home was flooded and John did not know where they would live when it was time for her to leave the hospital. I prayed for John and went home with a “Texas Strong” shirt in my hands. I wish I could have done more.

Yet, even through the loss, confusion and sadness, a sense of humor about the situation worked its way into the strange patchwork of mountains of soaked drywall and housing insulation lining the streets. Messages left on spray-painted plywood warned visitors of looting and other potential crimes. “You loot, we shoot” was a common placard. After all, we are in Texas. But my favorite was, “Yard of the Month.”

I also met an army of yellow-shirted volunteers — with Southern Baptist Disaster Relief — who know firsthand what it is to see the other side of disaster. They sacrificed vacation days, time with family and the opening weekend of college football season. They came from Texas, Oklahoma, Colorado and even as far away as Alaska. There were those who assessed the damage, others who cooked meals, some who brought trailers with showers and others who ripped walls from studs and carried wheelbarrows of debris to the curb. They came only to serve. They came to show that while it may be the worst of times, there are those who have come to be the hands and feet of Jesus in times like these, in an age like this.

King Solomon long ago struggled with life’s incongruous mysteries. His conclusion, “For everything there is a season, and a time for every matter under heaven …,” he wrote in Ecclesiastes 3:1 (ESV). We may never know why natural disasters occur and why some people must endure them while others do not.

However, we have evidence that the worst of times brings out the best in people. If you have not yet donated financially or sacrificed your time to help those who are still hurting, may this be the day you are called to be a living witness of the Good News of Jesus Christ.