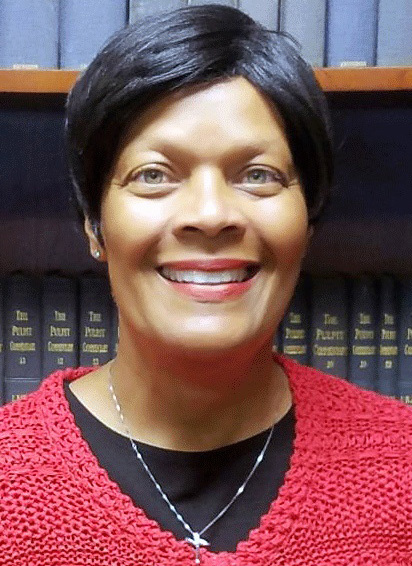 MESQUITE, Texas (BP) — “E Pluribus Unum” (Out of Many, One) was the national motto adopted by Congress in 1782. This Latin phrase, inscribed in the Great Seal of the United States, referred to the formation of one nation from 13 colonies.

Although diverse people from various ethnic backgrounds inhabited our little nation, “out of many, one” described the ideal of a united America.

For Christians, the thought behind E Pluribus Unum extends beyond the borders of a country. Two particular biblical passages point to the fact that all humanity can claim “out of many, we are one”:

— Acts 17:26: “And He has made from one blood every nation of men to dwell on all the face of the earth, and has determined their preappointed times and the boundaries of their dwellings.”

Many nations, tribes, cultures, languages and ethnicities dot Earth’s landscape. Our differences and diversities are not a cause for disunity. As a matter of fact, we all belong in one racial category — the human race. Out of the many billions of people on planet Earth, we’re one because of Adam.

— Genesis 1:26-27: “Then God said, ‘Let Us make man in Our image, according to Our likeness; let them have dominion over the fish of the sea, over the birds of the air, and over the cattle, over all the earth and over every creeping thing that creeps on the earth.’ So God created man in His own image; in the image of God He created him; male and female He created them.”

Not only does the creation of Adam unite humanity, but every human being bears God’s image and likeness. Negative biases, stereotypes and labels should fall flat when we think or speak them about another human being. From continent to continent, humanity is one because our God is creative enough to make us all different, yet the same — stamped with His image and likeness.

While all of humankind share a physical bond, there’s an even greater bond that Christ-followers share — spiritual unity.

Our race, station in life or sex should never give us cause to snub anyone and/or view them as less than. Instead, we would do well to remember that we are family — brothers and sisters in Christ united together through His precious blood.

When the world peers into the local or universal church, do they see a family of brothers and sisters loving each other as commanded by our Lord?

1 John 4:20-21 reminds us that a love-hate relationship has no place in the body of Christ: “If someone says, ‘I love God’ and hates his brother, he is a liar; for he who does not love his brother whom he has seen, how can he love God whom he has not seen? And this commandment we have from Him: that he who loves God must love his brother also.”

Love is so important in uniting believers that John uses some form of “love” 27 times in 1 John 4 (NKJV). And a sure sign of unity in the family of God is the love we express toward one another.

The adoption of E Pluribus Unum was a noble goal. However, over 200 years later, it seems America, as well as the church, is more divided than united.

Is it possible to regroup and work toward realizing this 1782 act of Congress? Yes!

Christ-followers can take the lead by first acknowledging that every human being is a descendant of Adam and a member of one race — the human race. Second, we have an obligation to treat every human being with dignity and respect because God has created us in His image and likeness. Third, we must sow love and not hate.

May we adopt the spirit of E Pluribus Unum. Although there are many churches among Southern Baptists and other Christ-honoring denominations, we’re one family. May we stand together and love each other — united in spirit and purpose.