FIRST-PERSON: A journey from Korea to the Army & beyond – California Southern Baptist Convention
Skip to content 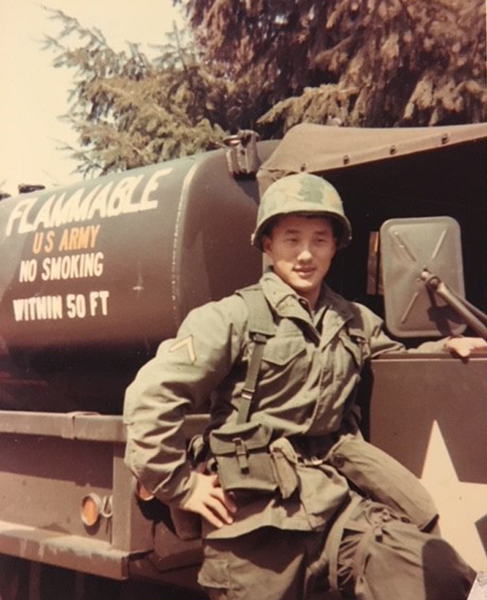 FIRST-PERSON: A journey from Korea to the Army & beyond

CAMBRIDGE, Mass. (BP) — Life is like a journey toward a destination. The apostle Paul describes it as a race (2 Timothy 4:7-8).

For most of us, life is more a marathon than a sprint. Even so, God has fixed human life spans, usually around 70-80 years (Psalm 90:9-10), which is relatively short compared to the age of, say, certain types of trees. What’s important to God is not the length of the race or journey, but its quality. And the quality depends on our effort to reach the goal, which is to win the race. I pray every day that God will give me the strength to run in such a way.

As I reflect on my Christian journey for half a century, I am grateful to God that I came to accept Jesus Christ as my personal Lord and Savior in August 1968 during active duty in the U.S. Army.

The Rev. George Godfrey, a Baptist pastor, shared with me God’s plan of salvation on that August afternoon at my home in Hilo, Hawaii. He explained the meaning of the cross, why Jesus had to die on the cross for my sin. As Rev. Godfrey turned the pages of the Bible showing me verse after verse, I could not help but accept Jesus as Lord and Savior.

Growing up in Korea, I attended a mission school but no one had ever asked me whether I had received Christ. I assumed going to church made me a Christian but I was wrong. Through Rev. Godfrey, I learned that being a Christian is to be in a personal relationship with Christ (John 1:12-13; John 3:3-5; Luke 19:10).

Since starting my spiritual journey 50 years ago, I can testify to how much I have been blessed spiritually. God has been faithful to guide me every step of the way. I do not know when my journey will come to an end in this world (John 14:1-6; 1 Thessalonians 4:13-18; Hebrews 9:27-28). But I long for my departure so that I may be with my Lord who saved me from death and gave me eternal life as His child on that August afternoon in Hawaii.

I came to America in 1967 at the age of 19. Just three months after immigrating to Hawaii from Korea I joined the Army. During those two years on active duty, I learned English quickly so that I could assimilate into American culture. I also earned my U.S. citizenship. Two years in the Army helped shape me into who I am today. Upon discharge from the Army I started my college and seminary education under the GI Bill.

I am proud to be an Army veteran; it’s such an honor to have served this nation in uniform. Later during my pastoral ministry in Berkeley, Calif., I felt God’s call to Army chaplaincy and so I served as a reserve Army chaplain for 10 years. Currently I serve as a chaplain in the American Legion Post #442 in Cambridge, Mass., and as the national assistant chaplain for the Korean War Veterans Association.

The Lord has opened many doors of opportunity for me to minister to our veterans who served our beloved country. Truly, our nation is “the land of the free and the home of the brave.” But more than anything, the Army has given me insights and readiness for the reality of the spiritual battle that is before us daily. I am forever indebted to the armed forces for preparing me to be a faithful soldier of Christ, who does not get entangled in civilian affairs but is focused on pleasing his commanding officer (2 Timothy 2:3-4)

During the early days of my ministry, I heard the name of Billy Graham, who in 1973 made a visit to my homeland of Korea to preach the Gospel, which turned out to be the largest crusade ever held in his 60 years of evangelistic ministry. It took place at an old Air Force base in Seoul, with an estimated crowd of 1.3 million people gathered to hear Dr. Graham’s powerful Gospel message. Over the years I watched him preach numerous times on TV and attended his crusade on several occasions.

But it wasn’t until I had the privilege of attending meetings at the Billy Graham Evangelistic Association in Charlotte, N.C., as a Massachusetts field representative for “My Hope America with Billy Graham” in 2013 and “Decision America Tour with Franklin Graham in 2016” that I began to study his life closely.

The Billy Graham Library, with multimedia displays, rare film footage and more than 350 photographs, gave me a deeper appreciation for the sustained quality of Dr. Graham’s life and ministry. On Feb. 21 of this year, he finished his earthly journey at the age of 99 after speaking to more than 210 million people in 186 countries on six continents.

Dr. Graham is no longer with us on this earth but he still speaks through the life he lived. He is a model for us on how to run the race for God’s Kingdom until the very end. What a remarkable spiritual giant who finished his journey as “America’s Pastor.” We are all challenged to follow his example of faith.